'Doomsday' hill may be one Israeli settlement too far

Story Code : 217796
Islam Times - The hillside called E1 is one of the few places around Jerusalem that Jesus Christ might still recognize: a stony, dusty, barren slope on the way down to the desert and the Dead Sea.
If Israel carries out plans announced this week, it is destined to be the site of another Jewish settlement, on occupied land that the Palestinians believe must be part of the state for which they have just won de facto UN recognition.

Roads that seem to go nowhere run up its rocky slopes and streetlights provide slivers of shade from the often fierce sun. There is an Israeli police station, but no houses or shops.

Known simply by its administrative name, E1 (East One), this exposed stretch of West Bank land is at the center of a growing diplomatic dispute pitting Israel against both the Palestinians and also many of its Western allies.

Stunned by the vote last week in the General Assembly that accorded Palestine the status of a "non-member state" at the United Nations, Prime Minister Benjamin Netanyahu's government resurrected an old plan to build on the empty outcrop.

Critics immediately warned that populating E1 with Israelis would cut off East Jerusalem and carve up the West Bank, effectively thwarting any chance of viability for a Palestinian state and thereby extinguishing the Middle East peace process.

"This is not a routine settlement. This is the doomsday settlement," said Daniel Seidemann, the founder of Terrestrial Jerusalem, an Israeli non-governmental organization that monitors urban development in and around the holy city.

"The message Israel should have learned from the UN vote is that we are on very thin ice," he added. "By threatening E1 you are standing on thin ice and jumping up and down."

That view is rejected by supporters of the project, who say construction is long overdue and represents natural expansion from the neighboring Maale Adumim settlement - a city of red-roofed apartment blocks that is home to more than 30,000 people.

Over half a million Israelis now live on land Israel occupied in the 1967 Middle East war, claiming historical and biblical ties to territory that the Palestinians say belongs to them.

The E1 site covers only some 4.6 square miles (12 square km) but is geographically sensitive because it not only juts into the narrow "waist" of the West Bank, but also backs onto East Jerusalem, where Palestinians want to establish their capital.

Building on this area would complicate efforts to draw the contours of a contiguous Palestinian state, making it more difficult for surrounding Palestinian communities to link up.

However, supporters of the project say it is not a deal-breaker for any peace treaty, arguing there would be enough space on either side of the hill to enable a broad corridor that could connect the West Bank cities of Ramallah and Bethlehem, respectively north and south of Jerusalem.

"The media are telling lies about this conflict all the time," said Eli Har Nir, the municipality general director of Maale Adumim.

"You can't even see Jerusalem from here. There is still six kilometers of open land that does not belong to E1 or to Maale Adumim," he said, arguing that this space could be used to build roads for Palestinians.

Israel's closest ally, the United States, sees it differently and successive administrations have cautioned against any building on the largely unpopulated expanse of E1.

The White House swiftly denounced Friday's announcement, which came along with news that the government also plans to build 3,000 additional homes in other, undisclosed West Bank and East Jerusalem settlements.

A number of European Union governments went further, with Britain, France and Sweden summoning their respective Israeli ambassadors to protest at what they saw as an unacceptable reprisal against the Palestinians for the UN vote.

The mood in neighboring Maale Adumim was more celebratory of the Israeli move. Locals urged Netanyahu not to buckle under pressure but to push ahead with the long-delayed E1 plans.

"Successive governments have all promised to build here, but what you can see around me are empty hills, rocks and sand, not apartments," said Maale Adumim mayor Benny Kashriel.

"I hope that this government, with this decision, will come through immediately," he told reporters gathered on top of E1.

Israelis have already named the prospective settlement Mevasseret Adumim - Tidings of Adumim. Maale Adumim itself means Red Heights -- a reference to the surrounding mountains that glow at sunset.

Preparation for building started long ago and a sealed-off bridge stands ready to link Maale Adumim with its projected sister settlement, while a major road intersection swings up into E1 from the highway that heads down to the nearby Dead Sea.

If you take the exit today, the only people you are likely to find are Bedouin shepherds following their ragged goat herds in search of the occasional tuft of grass.

Israeli authorities drew up plans in 2006 to move the Bedouin to another site. They have yet to act on it, but rights groups say the project is specifically designed to clear the way for E1 development.

Israel's Maariv newspaper said on Monday that the Israeli planning committee for the West Bank would convene on Wednesday to approve plans for public review. Without further delays, the earth-movers could be sent in within a year.
Share It :
Related Stories 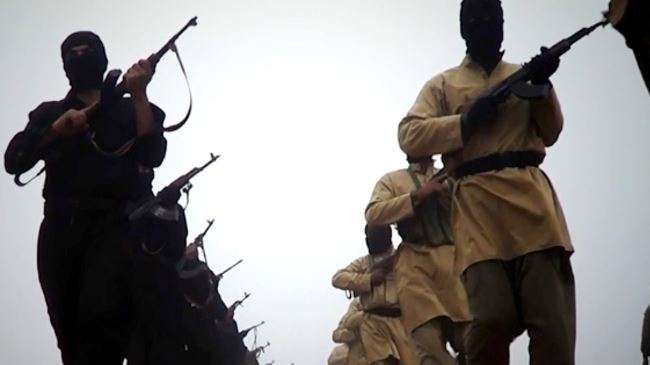