Story Code : 565825
Islam Times - Due to its popular support in the country and because of the anti-Israeli sentiments that have been on the rise in Yemen, the Yemeni Ansarullah movement is presenting itself as the fifth wing of the Axis of Resistance in the region.
Ansarullah forces moved to the Yemeni capital of Sana'a in the summer of 2014 on the global Quds Day. If we look at the characteristics of the Resistance camp we can clearly see that Ansarullah fully enjoys them and at the same time has a strong and massive popular support. Actually, the popular backing for Ansarullah in Yemen outstrips that of Hezbollah as another wing of Resistance Axis in Lebanon.

In addition to the Shiite Muslims of Yemen, the Sunnis of the country are also showing consistency with Ansarullah and are standing shoulder to shoulder with the resistant movement in confronting the foreign Saudi-led invasion. Hezbollah of Lebanon is supported by the Sunni Muslims of the country, and the same is also true about the Syrian President Bashar al-Assad. These features are also adoptable on the Ansarullah. But the popular support range is much bigger for the movement as Yemen has a population of 24 million.

One of the key characteristics of Ansarullah that separates it from Arab states of the region is presenting a new model for administration of the society. During the past two years, Ansarullah has managed to overcome the sectarian and ethnic crises inside the country and so built a very appropriate pattern for coexistence of Shiite and Sunni Muslims. It in fact developed a new way of administration and rescuing of the country by relying on the administrative capabilities of ordinary people. The job Ansarullah did in Yemen even the Tunisian revolution didn't do. A small group of the society in Yemen took control of capital and the affairs of the state. This pattern, which has proven successful, was implemented in the country by Ansarullah movement.

On the other side, Ansarullah does not rely on a specific party like army or a particular class, and it uses all of the people in its moves. It can be compared to the pattern of the Islamic Revolution of Iran. Although the revolution very soon took a military aspects in Yemen, it succeeded in presenting a new model of administration in the region. Ansarullah was a revolutionary movement that very soon had to simultaneously get engaged in three fronts of the Saudi-led coalition, Al-Qaeda terrorist group, and ISIS terrorist group to protect the country. The unity and coherence that Ansarullah tactfully built between the Shiite and Sunni Muslims was never seen before in the region. This is a specific model of Ansarullah. The movement made the sectarian conflicts fade away in the country, something that needed so long years for fulfilment.

Although Ansarullah has so far refrained from participating in body of the government and always tried to contribute to a better management of the state and society affairs, it has proven its honesty and so it is time for the movement to participate and have a share in future government because of its popular base and the power it enjoys in the Yemeni community. Actually, people expect Ansarullah to do so and they support such a move. In other words, inside Yemen no party opposes Ansarullah entry to the government, and the main opposition comes majorly from some small portion of the society and also the Saudis.

Ansarullah has been successful in uniting forces with former adversaries. Ali Abdullah Saleh, the former president of Yemen, who was one-time opponent of Ansarullah has shifted towards this movement and fights in the same front with Ansarullah against the Saudi Arabian aggression.

The reason behind Saleh's alliance with Ansarullah has something to do with both the nature of the People's Congress Party that Saleh leads and also the personality of the former president. Saudi Arabia and the (Persian) Gulf Cooperation Council since the beginning of conflict were interested to get Ali Abdullah Saleh to their side and use him in the future government and so use his sway in the army and among the tribes to administer the country. However, when the Saudis failed to coalesce with the former president and in fact found their plots in Yemen failed, the earlier plans that saw a place for Saleh were dismissed and so the foreign backing for him was lifted. As a result, some members of the People's Congress Party changed their former course and so quitted reliance on foreign supporters like Riyadh and moved close to Ansarullah and so stayed in the same camp with the movement in the negotiations.

In general, what happened in the Yemeni war was that Saudi Arabia planned to attack Yemen while backed by 9 states in a bid to form a puppet government in Yemen but it was met with failure. The failure of Saudi policies is seen as a privilege for Ansarullah. On the other side, Saudi Arabia's rifts with the UAE over taking control of some parts of Yemen including Aden can work in favor of the Yemeni movement because Ansarullah militarily and culturally is engaged in a fighting with the kingdom and once it wins the all-out war with the foreign enemy, the course of developments more than ever goes in its favor.

Furthermore, the peace talks that are under way to work out a way out of the ongoing Yemen conflict so far failed to yield any tangible and influential results. Ansarullah entered the negotiations logically, pushed ahead the dialogue and demonstrated a goodwill in the talks while was responded to by the Saudi breaches. This can bring rivals of Saudi Arabia face to face with the kingdom, and so they likely will be persuaded to remove Ansarullah from their so-called terror blacklist.
Source : Al Waqt
Share It :
Related Stories 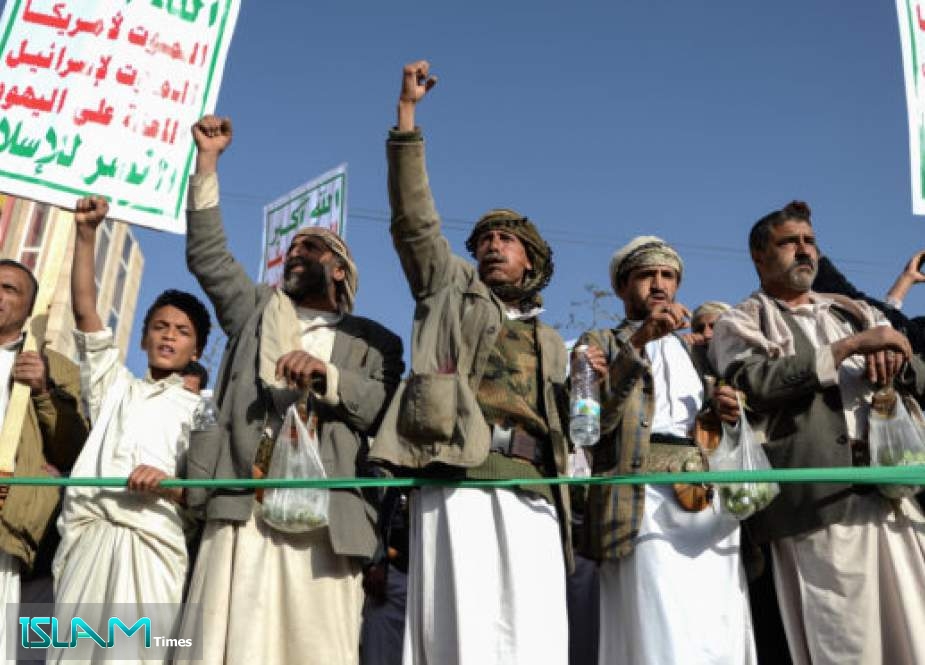 Mahatir Calls on Muslims to Focus on Fighting Israeli Regime
Vatican Summons ‘Israeli’, US Ambassadors Over Annexation Plans
Syria Army Kills over 30 Daesh Terrorists in Homs
Russians Set to Back Reforms Allowing Putin To Extend His Rule
Iran to Sue US for Impacts of Sanctions on Coronavirus Spread
Al-Nujaba’s Operation for Arresting Baghdad Terrorists
The Promise of July 4th is an Elusive Dream for Many Americans
Featured Stories