Story Code : 6684
Professor Hamid Algar, PhD, born in England in 1940, is a well known scholar and convert to Shia Islam. He received his formal training in Islamic studies at Cambridge University, from which he received his Ph.D. in 1965.
Since 1965 he has served on the faculty of the Department of Near Eastern Studies at the University of California, Berkeley, where he teaches a wide range of courses including tafsir, Sufism, Shi'ism, the history of Islam in Iran, Arabic, Persian and Turkish literature.
As a youth, he had a strong interest and facility for languages, mastering French and German in high school, and spending a year at the University of Freiburg in Germany before college.
After earning his B.A. with first-class honors in Oriental Languages (Arabic and Persian) at Trinity College, Cambridge, he was offered a scholarship to Tehran University in Iran, where he planned to work for his Ph.D. But the year he went, 1961-2, was one of great tumult in Iran, specifically at Tehran University, where he had "the memorable experience of witnessing an attack on the university campus by the Shah's paratroopers." He left the university and instead spent a year traveling around the country. "I can honestly claim there's no significant region of Iran that I didn't visit," he says.
Algar returned to Cambridge for his Ph.D., writing his dissertation on the political role of Shi'a religious scholars in the 19th century. "The reason for that choice of topic was the beginning of the movement launched by Imam Khomeini in 1963," he says. Algar met with Khomeini in exile in Paris and on brief occasions in Iran after the revolution there in 1979. He translated selected writings and speeches of the Imam (Islam and Revolution) and also gave his own account, The Roots of the Islamic Revolution in Iran. He considers that revolution "the most significant, hopeful, and profound event in the entirety of contemporary Islamic history."
A faculty member at Berkeley since 1965, Algar teaches courses on Persian literature, on the history of Islam, and on Shi'ism and Sufism, and has produced scholarly books and articles on all these subjects. Former Algar student and current Berkeley colleague Hatem Bazian, Ph.D. '02, says that there are only a handful of scholars in the world with Hamid Algar's level of knowledge in a number of fields of Islamic studies, plus his mastery of Middle Eastern languages (Arabic, Persian, and Turkish, both modern and Ottoman) and his knowledge of half a dozen European languages. Among his scholarly achievements, Algar is the author of more than 100 articles in the Encyclopaedia Iranica.
Algar says that he began his career at Berkeley with a focus on Iran and early modern Iranian history, but has branched out in a number of other directions, both historically and geographically. He has also traveled extensively throughout the Muslim world. "What I've come to appreciate," he says, "is the great diversity of Islamic culture and the various expressions of Islamic religion."
The contemporary Middle East is not his primary field of study, he points out. But Algar's reputation as a scholar of Islam, and his lively interest in present-day politics--including his close knowledge of the Iranian revolution and his public denunciation of Osama bin Laden and al Qaeda in the mid-1990s--led us to ask him for a Muslim perspective on current events
Books written by Professor Hamid Algar:
1- Imam Abu Hamid Ghazali,
2- Jesus in the Qur'an
3- Roots of The Islamic Revolution in Iran
4- Sufism: Principles and Practice
5- Surat Al-Fatiha: Foundation of the Qur'an
6- The Sunna: Its Obligatory and Exemplary Aspects
7- Wahhabism: A Critical Essay
Articles written by Professor Hamid Algar:
Tasawwuf and Literature in Bosnia, Kuala Lumpur: Hizbi Publications, 1996;
"Elements de provenance Malamati dans la tradition primitive Naqshbandi" in Melamis-Bayramis: Etudes sur trois mouvements mystiques musulmans, Clayer, Popovic, and Zarcone (eds.), Istanbul: Editions Isis, 1998;
"The Hamzeviye: A Deviant Movement in Bosnian Sufism" in Islamic Studies (Islamabad), XXXVI:2-3 (1997);
"Iran'in Dini Dusuncesinde Degism ve Devrim" in Islam, Gelenek ve Yenilesme, Yel and Aslan (eds.), Istanbul: Turkiye Diyanet Vakfi, 1996;
"The Literature of the Bosnian Muslims: A Quadrilingual Heritage" in Nadwah Ketawaan Melalui Kreativiti, Jafar Husin (ed.), Kuala Lumpur: Dewan Bahasa dan Pustaka, 1995.
Algar, Hamid (1971). "Some Notes on the Naqshbandī Tarīqat in Bosnia". Die Welt des Islams 13 (3/4): 168-203.
Algar, Hamid (1976). "The Naqshbandī Order: A Preliminary Survey of Its History and Significance". Studia Islamica 44: 123-152.
He translated Imamate and Leadership by Sayyid Mujtaba Musavi Lari.
Source : Imam Reza
Share It :
Related Stories 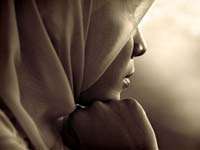 Anti-Muslim Myths Shattered in US Study
Muslim American women are educated, active in the workforce and on an equal footing with men in terms of income, according to a report released Monday, which analysts said chips away at ...
Unity: Where Do We Begin?
Covered life gives new perspective
Islamophobia