'Either all or nothing' on Iran nuclear deal: Zarif

Story Code : 720128
Islam Times - Iran says the European signatories to a multilateral nuclear agreement reached between Tehran and the P+1 group of countries should convince US President Donald Trump not to pull out of the deal, because there is no "Plan B" for it.
"It's either all or nothing. European leaders should encourage President Trump not just to stay in the nuclear deal, but more importantly to begin implementing his part of the bargain in good faith," Iranian Foreign Minister Mohammad Javad Zarif said in a post on his official Twitter account on Monday.

US President Donald Trump is a stern critic of the nuclear deal, officially known as the Joint Comprehensive Plan of Action (JCPOA), reached between Iran and the five permanent members of the UN Security Council -- the United States, France, Britain, China, Russia - plus Germany in 2015.

Under the agreement, nuclear-related sanctions put in place against Iran were lifted in exchange for curbs on Tehran's nuclear program.

He has repeatedly described the JCPOA, which was negotiated under his predecessor, Barack Obama, as “the worst and most one-sided transaction Washington has ever entered into” and threatened to tear it up.

In January, the US president decided to stick with the JCPOA, but gave the European signatories a May 12 deadline to “fix the terrible flaws” of the accord or he would withdraw Washington from the deal.

Other P5+1 parties to the agreement have all criticized Trump’s hostile views, saying the deal is sound and has proven to be functioning. Iran also says it will not accept any change to the agreement.

Elsewhere in his tweet, Zarif said, " President Macron is correct in saying there's no 'Plan B' on JCPOA."

In an interview with Fox News, the American basic cable and satellite television news channel, on Sunday, French President Emmanuel Macron said he has no "plan B" for the landmark nuclear agreement.

He urged the United States to stay in the agreement as long as there is no better option and said, "I don't have any plan B. Let's present this framework because it's better than the sort of North Korean-type situation."

Iran has repeatedly announced that it would stick to the JCPOA as long as all other parties remain committed to their obligations under the deal but will quit the agreement if Washington exits.

The French president is currently on a three-day state visit to the United States to discuss a range of issues, including the JCPOA, trade ties and the joint France-US-Britain military strikes against Syria earlier this month.

Macron is the first foreign leader to make state visit to Washington since Trump took power in January 2017. He is on something of a rescue mission for the Iran nuclear deal amid differences between the US president and the European signatories to the deal on the JCPOA fate.

Russian President Vladimir Putin and his French counterpart said the Iran nuclear deal should be continued.

In a phone call on Monday, Putin and Macron stressed the importance of the JCPOA continuation as Trump's May 12 deadline nears.

The European Union on April 16 reiterated its strong and unequivocal commitment to the full implementation of the nuclear agreement with Iran by all sides, saying preserving the deal is vital.

Iran's nuclear chief said on Saturday the Islamic Republic's response readiness would "startle" the United States should it decide to pull out of the JCPOA.

"We hope that the other side makes a wise decision and avoids carrying out an action that would cause a nuisance for itself and others," Head of the Atomic Energy Organization of Iran (IAEA) Ali Akbar Salehi told reporters.

Russia, China will obstruct US bids to sabotage JCPOA: Lavrov

In a related development, Russia and China agreed on Monday to make efforts to block any US bid to sabotage the Iran nuclear deal, Russian Foreign Minister Sergei Lavrov said on Monday.

Lavrov made the remarks after a meeting with his Chinese counterpart Wang Yi in Beijing, Russian state news agency TASS reported.

"We are against revising these agreements, we consider it very counterproductive to try to reduce to zero years of international work carried out via talks between the six major powers and Iran," TASS quoted Lavrov as saying.

"We will obstruct attempts to sabotage these agreements which were enshrined in a UN Security Council resolution," the top Russian diplomat added.

The UN Security Council on July 20, 2015 unanimously adopted Resolution 2231, which endorses the JCPOA.

Resolution 2231 provides for the termination of the provisions of previous Security Council resolutions on the Iranian nuclear issue and establishes specific restrictions that apply to all states without exception.

A nuclear non-proliferation conference in Geneva on Monday heard repeated calls for all parties to the JCPOA to ensure its implementation and preservation.

A senior official at the International Atomic Energy Agency (IAEA), Cornel Seruta, said the accord had significantly improved access to Iran.

"In short, Iran is now subject to the most robust nuclear verification regime and Iran is implementing its nuclear related commitments under the JCPOA," he said.

"It is essential that Iran continues to fully implement those commitments," he added.

In his latest report on March 5, the IAEA Director General Yukiya Amano once again confirmed Iran's compliance with the nuclear agreement, warning that any collapse of the deal would be a "great loss."

Amano said, "As of today, I can state that Iran is implementing its nuclear-related commitments…If the JCPOA were to fail, it would be a great loss for nuclear verification and for multilateralism."

Meanwhile, Germany's Foreign Minister Heiko Maas said on Monday that the German and French leaders would urge President Trump not to pull out of the Iran nuclear deal, warning that doing so could cause major problems.

"We believe it is extremely important to uphold this agreement. Were it to fail or the US to drop out, we would not have anything comparable to it and we fear that the situation would significantly deteriorate with everything that goes with it," Maas told reporters on the sidelines of a meeting of foreign ministers from the Group of Seven leading industrialized nations.

He added that German Chancellor Angela Merkel and President Macron would meet in Washington soon to oblige the US president to stay in the accord.
Share It :
Related Stories 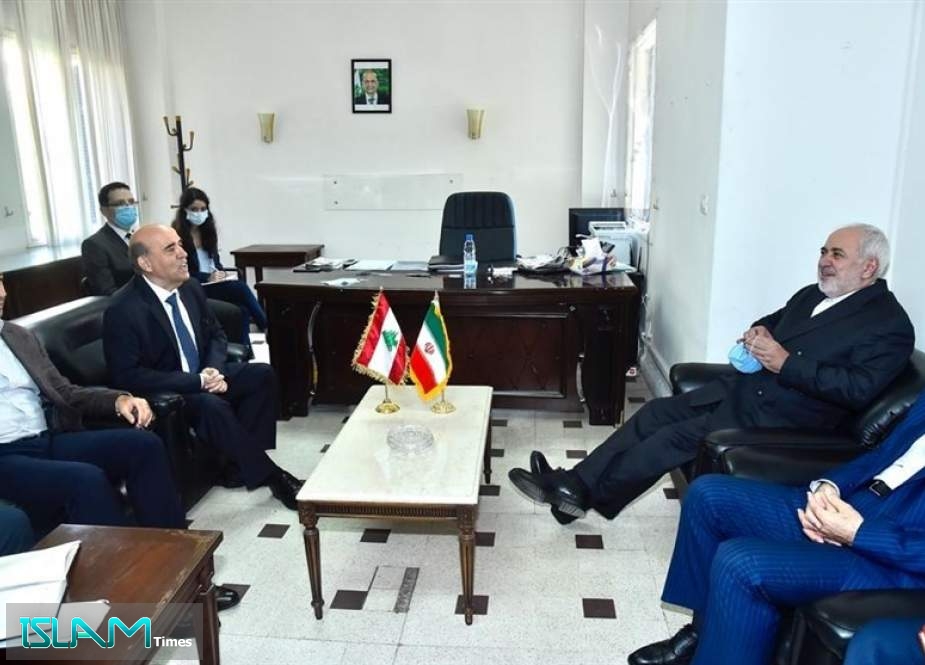 Nobody Allowed to Dictate Demands to Lebanon: Zarif
Islam Times - Iran’s Foreign Minister Mohammad Javad Zarif denounced certain outsiders that attempt to take advantage of Lebanon’s need by imposing their demands as the Arab country is ...
US Must Make Up for Losses Inflicted on Iran: Zarif
Iran Ready to Help Turkey in COVID-19 Battle: Zarif
Iran will see end of Trump, not vice versa: Zarif
Iran will be opening new chapter with Iraq: Zarif
Iran, Iraq committed to win-win relations: FM Zarif
We've been around for millennia, BE CAUTIOUS! Zarif warns Trump
Iran, world powers can fight ISIL together: Zarif
Comment
Damascus Mufti Martyred in Explosive Device Blast in Qudsaya Town
Nigeria Crackdown: Buhari Warns Protesters, Fails to Address Shooting
Putin Says US Is Hardly The ‘Superpower’ It Used to Be
Study Finds Between 130k & 210k US Deaths Could Have Been Avoided
Iran Slams Israel’s ‘Institutionalized’ Discrimination against Palestinians
Chinese Leader Xi Jinping Sends Warning to US
As US Empire Disintegrates, It Becomes more Threatening
Deputy Commander: IRGC Surprises Waiting for Aggressors
Fiancee of Khashoggi Sues Saudi Crown Prince in US
Thailand Lifts Protest Ban that Backfired
Envoy: Russia to Respond to US Missile Deployment in Asia Pacific
Fearing Being Killed by Iran or Saudis… MBS Not to Normalize Ties with ‘Israel’ Now!
Iranian Military to Hold Drills that Test the Most Developed Weapons
Russia Says Not Afraid of US Sanctions, Will Resume Military Cooperation with Iran
Mossad Chief: Our Relations with Saudi Arabia Is Not Subject to Any Condition Or Obstacle
China Warns US It May Detain Americans over Prosecutions
As US Empire Disintegrates, It Becomes more Threatening
Saudi Arabia Says Believes in ‘Eventual Normalization’ with Israel
45 Lawmakers Urge US to Boycott Saudi-hosted G20 Summit
Turkey Withdraws from Base in Northwest Syria, Sources Say
Featured Stories