The Beautiful & Damned: Washington’s Hypocrisy Exposed as Children Die from Sanctions and Missiles

By Finian Cunningham
Story Code : 746199
Islam Times - Every time a Trump administration official pontificates about this or that, a TV split-screen should simultaneously show the heart-rending burial scenes of Yemeni children killed earlier this month by US-supplied Saudi warplanes.
Not just Yemen. How about children starving in North Korea from US economic sanctions? Or Syrian infants living in refugee camps, forced from their homes by US-backed militants? Or Iranian babies facing the toll of vindictive American policies?

Not just the Trump administration. Every American administration has shown the callous ability to allow the killing of children en masse, either through war or economic siege.

Think of Cuba, blockaded continuously by Washington for over five decades, for no other reason than its having a socialist government.

Think of former US Secretary of State Madeleine Albright who callously said the sanctioning-to-death of Iraqi children was“worth it”.

In Yemen, thousands of children have been killed over the past three years from air strikes in the US-backed war on that impoverished country. For every one of those deaths, Washington bears responsibility for supplying missiles, bombs, warplanes, mid-air fueling and targeting logistics to the Saudi military.

But it was the massacre earlier this month in Yemen’s northern Saada province that stands out as a particular horror. A school bus ferrying children to a summer camp was reportedly hit by a US-backed Saudi warplane, killing up to 40. Shrapnel recovered from scene showed it was a bomb made by the US-based Raytheon company that obliterated the children.

Subsequent images of dismembered children’s bodies being loaded into a truck by grieving parents were gut-wrenching. So too were images of young children digging graves for their classmates.

So, when President Trump and his officials, like ambassador to the UN Nikki Haley, or his National Security Advisor John Bolton, stand in front of cameras and lecture other nations about “violations” and the “need to change behavior”, television viewers around the world would find it instructive to simultaneously keep in their mind’s eye the horror that these same American officials are responsible for in Yemen and elsewhere.

We could also add British officials for public shaming, because of their government’s prominent role in supplying offensive munitions to the Saudi regime for its slaughter in Yemen. British arms companies have, literally, made a killing since the Saudis launched their war in March 2015. Indeed, Britain’s Foreign Secretary Jeremy Hunt recently continued to justify weapons exports to the Saudis in spite of the recent massacre of children.

If it’s not weapons of war, then US economic sanctions are also responsible for currently killing untold numbers of children around the world. This week, the UN and various civilian aid agencies warned that North Korea was facing a “food crisis” because Washington is stepping up its enforcement of sanctions under Trump’s so-called “maximum pressure” policy.

The UN estimates that some 20 per cent of children in North Korea are suffering from malnutrition. The looming humanitarian crisis is not simply due to policy failings on the part of the North Korean government, or its alleged isolationism, as the Washington Post mendaciously claimed this week. The country is at risk of a “full-blown food crisis”,according the International Red Cross, because Washington’s intensified embargo on shipping and banking has crippled supplies of agricultural equipment.

Washington’s relentless vindictiveness towards North Korea comes despite a significant move by the country’s leader Kim Jong-un in June to end its controversial nuclear weapons program.

Details have yet to be worked out. But the goodwill shown by North Korea should be reciprocated by the Trump administration in terms of alleviating sanctions. Apparently not, as the worsening humanitarian conditions in the country testifies.

Additionally, Kim has assented to repatriate the remains of American soldiers killed during the 1950-53 Korean War, and to facilitate reunions, some taking place this week, for Korean families separated by that war.

When the US State Department was asked this week about the impact of sanctions on food insecurity in North Korea, it reportedly said the punitive measures would continue “until nukes are no longer a factor”. The practicalities of a decommissioning process may take years to complete. In the meantime, Washington is evidently willing to starve North Korean children to death for “maximum pressure”.

Arguably, the United States government is liable for war crimes prosecution for its complicit role in conducting indiscriminate air strikes in Yemen, as well as for its barbaric use of an economic blockade on North Korea. The US has been finessing this barbarity with its embargo on Cuba for over 50 years. It has imposed similar sanctions currently on several other countries, including Syria and Venezuela.

Washington wants to extend its economic aggression to Iran and Russia by cutting off their ability to conduct international trade. Although Russia’s economy may be strong enough to withstand the pressure, the pernicious principle is the same: Inflicting damage on people’s livelihoods and health, especially on the most vulnerable – children.

This week, John Bolton, Trump’s top security advisor, threatened Iran that the US was going to ratchet up even more damaging measures, “until the regime changes its behavior”.

The medieval-like use of sieges on populations to starve them into surrender continues today as an American prerogative. Such a heinous use of coercion is of course an extreme violation of international humanitarian law.

To make the situation even more appalling, the world has heard President Trump lament the death of “beautiful babies” in Syria. That was after the alleged chemical-weapons attack in Douma on April 7 last year. Trump blamed those deaths on Syrian government forces, and then proceeded to launch air strikes on the country. Turns out the atrocity, like many others, was a grotesque provocation by US-backed terrorists and their propaganda agents, known as the White Helmets.

But let’s give Trump the benefit of the doubt. Let’s assume he was misinformed about the chemical-weapons incident.

That still presents us a glaring discrepancy. If Trump and his officials can tearfully mourn “beautiful babies,” then where is their compassion for the children who are being killed in other countries?

Evidently, some children are “beautiful” and some are “damned,” to borrow the title of an F. Scott Fitzgerald novel. Those infants that are damned –millions of them– are the ones belonging to countries that Washington has a problem with.

The blatant moral duplicity of American rulers suggests they no longer have the authority to speak on anything. Every time they open their mouths, the images of slaughters from Yemen, or elsewhere, should be flashed on TV screens, with a public warning that a barefaced, sociopathic liar is about to pontificate.
Source : RT
Share It :
Related Stories 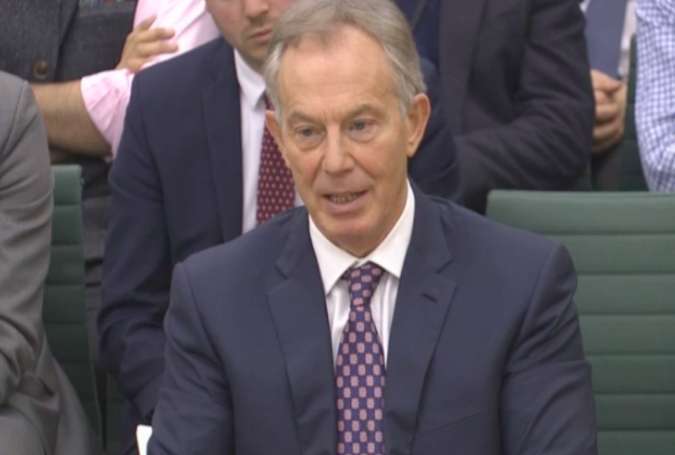