By Deirdre Shesgreen
Story Code : 750244
Islam Times - Lawmakers in both parties are increasingly alarmed by America’s support for a bombing campaign in Yemen that has left thousands of civilians dead – including 40 children who were killed last month when an airstrike hit a school bus.
The State Department on Wednesday tried to assuage the growing concerns by sending Congress a “certification” stating that the governments of Saudi Arabia and United Arab Emirates – which have led the bombing campaign with U.S. assistance – are actively working to reduce civilian deaths and to limit damage to Yemen’s infrastructure.

But that State Department missive, which was mandated by Congress as part of a broader defense bill passed in August, did not satisfy lawmakers. Some said the State Department’s report did not match reality and suggested the U.S. should end its military role in Yemen.

“It is as clear as day that the Saudi-led coalition is recklessly – and likely intentionally – killing innocent civilians and children, and they’re doing it with U.S. bombs and so-called targeting assistance,” said Sen. Chris Murphy, D-Conn., a member of the Senate Foreign Relations Committee.

“These certifications are a farce, and we should all be ashamed that our government is turning a blind eye to likely war crimes,” Murphy said.

The State Department did not publicly release the certification sent to Congress.

In a statement, Secretary of State Mike Pompeo said the Trump administration “has been clear that ending the conflict in Yemen is a national security priority.”

Pompeo said the U.S. is working to ensure that Saudi Arabia and the UAE support efforts to end the war, and in the meantime, that the coalition allows humanitarian support to reach those in need and mitigates the impact of the conflict on civilians and civilian infrastructure.

But others said the civilian casualties and a severe humanitarian crisis in Yemen is getting worse, not better.

“The civil war in Yemen has been raging for more than three years and has created the world’s worst humanitarian crisis,” Sens. Jeanne Shaheen, D-N.H., and Todd Young, R-Ind., wrote in a joint op-ed published Tuesday by The Washington Post.

They noted that three-quarters of Yemen’s population – about 22 million people – need humanitarian assistance. Of those, 8 million are on the brink of starvation, and 400,000 children are suffering from severe malnutrition.

“A major contributor to the devastation and chaos is the indiscriminate bombing campaign led by a coalition made up of Saudi Arabia and the United Arab Emirates, which receives refueling, intelligence and targeting support from the United States,” the two senators wrote.

A Sept. 5 report by the United Nation’s human rights office found that since March 2015, at least 5,144 civilians have been killed in Yemen and more than 8,749 injured. Children accounted for 1,184 of those killed and 1,592 of the injured, the U.N. report said.

“Coalition airstrikes continued to be the leading cause of child casualties as well as overall civilian casualties,” the U.N. concluded.

Shaheen said Wednesday’s certification from the State Department did not meet the demands from Congress, which required the agency to provide evidence that the Saudi-led coalition has taken steps to end the war, alleviate the humanitarian crisis and protect civilians.

“The coalition clearly hasn’t met these goals, and it is evident that the administration is deliberately sidestepping congressional oversight,” Shaheen said Wednesday. “We need to hold our allies to a higher standard and, unfortunately, this certification fails in that regard.”

The Yemeni conflict is essentially a proxy war between Iran and Saudi Arabia, as they compete for power and influence in the region. The civil war began three years ago when Houthi Shiite rebels, backed by Iran, overthrew President Abed-Rabbo Mansour Hadi's government.

A Saudi-led coalition, backed by the U.S., launched a military campaign against the Houthis soon after. Iran is an arch-rival of Saudi Arabia, which has a Sunni majority.
Source : http://www.informationclearinghouse.info
Share It :
Related Stories 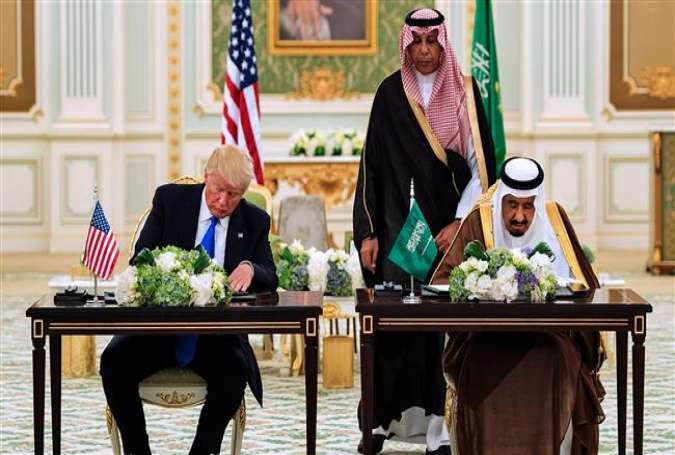