Democracy and the Corrupt Seven (Eight)

By: Craig Murray
Story Code : 779994
Islam Times - So now it is eight. If you want to understand that the UK truly is not a functioning democracy, consider this. Joan Ryan is all over the MSM this morning as being the eighth defector to the Independent Group.
Yet astonishingly, while she is universally reported as citing anti-semitism as the reason she is leaving, it appears not one MSM journalist has asked her about her receipt of US$1 million from the Israeli Embassy for spreading Israeli influence. Not one. Nor has any mainstream media outlet cited the fact in its reporting today. Most, of course, never even mentioned it at the time.

I have heard it argued again and again on television this last 48 hours that it is deeply undemocratic for the electorate to be offered a choice that is any more complicated than between Red Tories and Blue Tories. It is apparently unthinkable and deeply wrong that Corbyn’s standard German style social democracy – which is routinely labeled “hard left” and “communist” – should be proffered to voters for them to support, or not.

The overwhelmingly Blairite MPs have put this case again and again to Labour Party members in repeated leadership elections, and have been roundly and repeatedly defeated. But now, according to no less a person than Tom Watson, Deputy Leader of the party, the losers’ policies must be embraced by the Party and adopted by its leadership, as to do otherwise is an affront to democracy. I confess I find this argument impossible to follow.

Corbyn has compromised already to a huge extent, even accepting that a Labour government will retain massive WMDs, in deference both to the imperialist pretensions of the Blairites and the personal greed of the demented Strangeloves who comprise the membership of the GMB Union. Labour’s pro-Trident stance will persist, until such time as enough Blairites join this forced march, or rather chauffeur driven drive, across their personal caviar and champagne strewn desert to their promised land of media contracts, massively remunerated charity executive jobs, and non-executive directorships.

Democracy is a strange thing. This episode has revealed that it is apparently a democratic necessity that we have another referendum on Brexit, while being a democratic necessity not to have another referendum on Scottish Independence, while the notion that the MPs, who now have abandoned the party and manifesto on which they stood, might face their electorates again, is so disregarded that none of the fawning MSM journalists are asking about it. In rejecting this option, the Corrupt Seven are managing the incredible feat of being less honorable than Tory MPs defecting to UKIP, who did have the basic decency to resign and fight again on their new prospectus.

Dick Taverne is a more directly relevant precedent, particularly as he was deselected as sitting Labour MP precisely because of his support for the EU. Taverne resigned, and fought and won his seat in a by-election in 1973, before losing it in the second 1974 election. There are also precedents for crossing the floor and not resigning and fighting under your new banner, but then there are also precedents for mugging old ladies. It is deeply dishonorable.

Luciana Berger is a one trick pony and it is worth noting that her complaints about anti-Semitism in the Labour Party date back to at least 2005, while Tony Blair was still Prime Minister. Berger had already by April 2005 spotted anti-Semitism in the National Union of Students, in the Labour Party and in her student union newspaper, those being merely the examples cited in this single Daily Telegraph article. I am extremely sorry and somewhat shocked to hear of the swamp of anti-semitism in which we were all already mired in 2005, but I do find it rather difficult to understand why the fault is therefore that of Jeremy Corbyn. And given that Tony Blair was at that time Prime Minister for eight years, I cannot understand why it is all Corbyn’s fault and responsibility now, but it was not Blair’s fault then.

On the contrary, the Telegraph puff piece states that Berger had met Blair several times and was Euan Blair’s girlfriend. This was of course before the privately educated Londoner was foisted on the unfortunate people of Liverpool Wavetree, doubtless completely unfacilitated by her relationship with Euan Blair.

The kind of abuse Berger has evidently been attracting since at least 2005 is of course a crime. Two people have quite rightly been convicted of it. Joshua Bonehill-Paine and John Nimmo sent a series of truly disgusting tweets and both were jailed. Both are committed long term neo-nazis. Yet I have repeatedly heard media references to the convictions squarely in the context of Labour Party anti-semitism. I have never heard on broadcast media it explained that neither had anything to do with the Labour Party. Like the left wing anti-semitism Berger has been reporting since at least 2005, this Nazi abuse too is all somehow Jeremy Corbyn’s fault.

It is further worth noting that in that 2005 article Berger claims a 47% increase in attacks on Jews, which is highly reminiscent of recent claims from community groups, such as the 44% increase claimed 2015 to 2017 or the 78% increase in violent crimes against Jews in the UK in 2017 alone claimed by the government of Israel.

One antisemitic attack is too many and all anti-semitism is to be deplored and rooted out. But if all these claims repeated again and again over decades of 30, 40, 50, 60 or 70% increases in attacks per year were true, then we would be now talking of at least 12,000 violent attacks on Jews per year, if we take Ms Berger’s 2005 claim as the baseline.

Yet we are not seeing that. The average number of convictions per year for violent, racially motivated attacks on Jewish people in the UK is less than one.

If we add in non-violent crimes, the number of people convicted per year for anti-semitic hate crime still remains under 20. And I am not aware of a single such conviction related in any way to the Labour Party.

Let me be perfectly plain. I want everybody convicted and imprisoned who is involved in anti-semitic hate crime. But the facts given above would cause any honest journalist to treat with more scepticism than they do, the repeated old chestnut claims of huge year on year increases in anti-semitic incidents.

There really are in logic only two choices; either anti-semitism is, contrary to all the hype, thankfully rare, or the entire British police, prosecutorial and judicial system must be systematically protecting the anti-semites. And I hardly see how they could blame Jeremy Corbyn for that.

None of this will stop the relentless promotion of the “Corbyn anti-semitism” theme, as the idea of a leader not completely behind the slow extirpation of the Palestinian people is unthinkable to the mainstream media class. The Corbyn anti-semitism meme is possibly the most remarkable example of evidence free journalism I have ever encountered.

Still more fascinating is the way the broadcasters are going to devote an astonishing amount of time to these political puppets. Of one thing I can assure you – these seven MPs will get more airtime than the 35 MPs of the SNP, with at least twice as many Question Time and Today programme appearances.

At some stage they will have to form a new party, in order to get airtime in elections. At what stage Blair declares for them is an interesting question. It is also a crucial test of just how horribly degraded the Lib Dems have now become. My old friend Charlie Kennedy will be spinning in his grave at an alliance with the Blairite warmonger faction, but the modern party appears bereft of any of the old Liberal values, cleared away by Clegg and his fellow orange Tories. If the party members do not revolt at association with Mike Gapes and Angela Smith, it really is time to wind the party up.

That the Corrupt Seven are some of the most unpleasant people in British politics is not entirely relevant, nor is the question of which interest groups are funding them. They are just an emission of pus, a symptom of the rottenness of the British body politic. They have nothing interesting to say and are feeble tools of the wealthy, thrown out as protection for a crumbling political system. The end of the UK is not pretty, and this is one of its uglier moments. It really is beyond time to crack on with Scottish Independence and the reunification of Ireland.

Unlike our adversaries including the Integrity Initiative, the 77th Brigade, Bellingcat, the Atlantic Council and hundreds of other warmongering propaganda operations, this blog has no source of state, corporate or institutional finance whatsoever. It runs entirely on voluntary subscriptions from its readers – many of whom do not necessarily agree with the articles, but welcome the alternative voice, insider information and debate.
Source : http://www.informationclearinghouse.info
Share It :
Related Stories 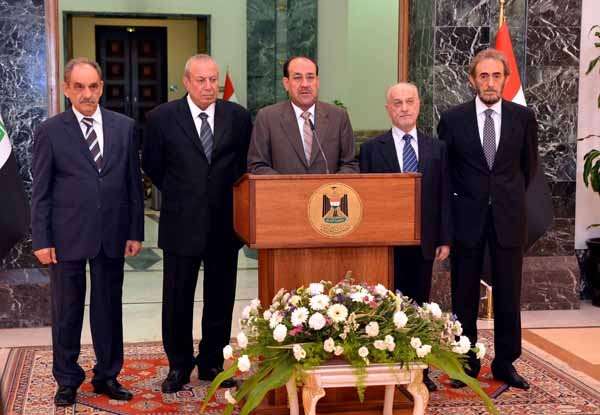