Story Code : 846559
Islam Times - The Idlib crisis has reached its climactic point recently as the Syrian government has shown resolution to liberate the province as the last stronghold of foreign-backed terrorists.
Idlib is now a scene to two opposite sides: On the one hand stands the Syrian government that with backing from the allies is resolved to take back the province and on the other hand stands Turkey which intends to save at any costs the terrorists’ rule of Idlib and establish a safe zone in it as it shares 130 kilometers borders with the Turkish Hatay province.

Despite the fact that Russia and Turkey held talks over the past few days and agreed on launching joint patrols within the framework of 2018 Sochi agreement reached between President Vladimir Putin of Russia and his Turkish counterpart Recep Tayyip Erdogan, the two sides negotiations do not seem to have had practical outcomes on the ground. Even worse, they appear to have failed. The situation is now so fragile that direct Syrian-Turkish clashes, at least limited, cannot be ruled out.

In his recent remarks on February 19, Erdogan confirmed that the talks with the Russian side have failed, warning that “Turkey has made every preparation to carry out its own operational plans. I say that we can come at any point. In other words, the Idlib offensive is only a matter of time.”

“We are entering the last days for the (Syrian) regime to stop its hostility in Idlib. We are making our final warnings,” Erdogan said. “We did not reach the desired results in our talks (with Russia). The talks will continue, but, indeed, we are far from meeting our demands at the table,” he went on.

Erdogan told his country’s parliament that even while the negotiations with Russia continue, he will not abandon plans for Idlib safe zone.

But will he be successful in his promises and plans in Syria? The even bigger question is how much has Erdogan been successful to run his West Asia policy? What is the outlook for his policies in Idlib and other regions? In short, the Turkish leader has started a very dangerous game in the region and at the end of the road he will sustain defeats in his goals.

Erdogan: Cast out by the West and frustrated by Erdogan

Erdogan Turkey’s distancing from the West over the past few years and moving closer and closer to Russia and cooperating with it gave rise to an outlook for an alliance between the Ankara and Moscow. The fledgling alliance, which witnessed flourishment after the attempted military coup of 2016 against Erdogan who saw it arranged by the West, now is teetering on the brink of end. Currently, Turkey is struggling to reach a deal with Russia over Idlib and does not want its growingly strategic relations with Moscow to collapse.

Turkey pushes to save its watch posts which it set up after the Erdogan-Putin agreement two years ago. But Russia argues that keeping the posts while they are under Syrian military encirclement is meaningless and that Turkey should quit its support to Al-Nusra Front terrorists. In fact, Idlib's impasse is now tolling the death knell of the strategic Erdogan-Putin alliance. End of Idlib war means nothing but the defeat of the illegal Turkish intervention in Syria. This is largely unavoidable. Ankara should face the fact and respect the Syrian national sovereignty represented by the government of President Bashar al-Assad.

While a young man, Erdogan dreamed of being a famous football player. But he ended up playing amateurishly in second rate teams. While as a leader, he seems to be undergoing a similar experience in foreign policy this time. By eliminating his smart foreign policy man Ahmet Davutoglu he stepped in a West Asian policy the approach of which is aggressive.

After ousting Davutoglu, Erdogan launched Operation Euphrates Shield against the Syrian Kurds in Syria’s north. He continued his campaign in the north with Operation Olive Branch and then Peace Spring in northwest and northeast. Meanwhile, he distanced himself from the West and moved close to Russia. Kremlin welcomed his approach. Russia delivered S-400 air defense systems, offered SU-35 fighter jets, and promised to construct nuclear power plans to Turkey in an effort to get Ankara out of US-led Western camp.

But now the course of Idlib developments indicates that Erdogan has essentially miscalculated and Russia will not leave alone its Syrian ally in the face of the Turkish attacks in favor of saving its alliance with Ankara. Erdogan on the one hand forced the West away from Turkey by his closeness to Russia and on the other hand sees Putin not that ally who helps him realize his Syria and regional ambitions. His amateurish game in Idlib will have no outcome but the end of Turkish military presence in other parts of Syria. This will take place sooner or later.
Source : Alwaght
Share It :
Related Stories 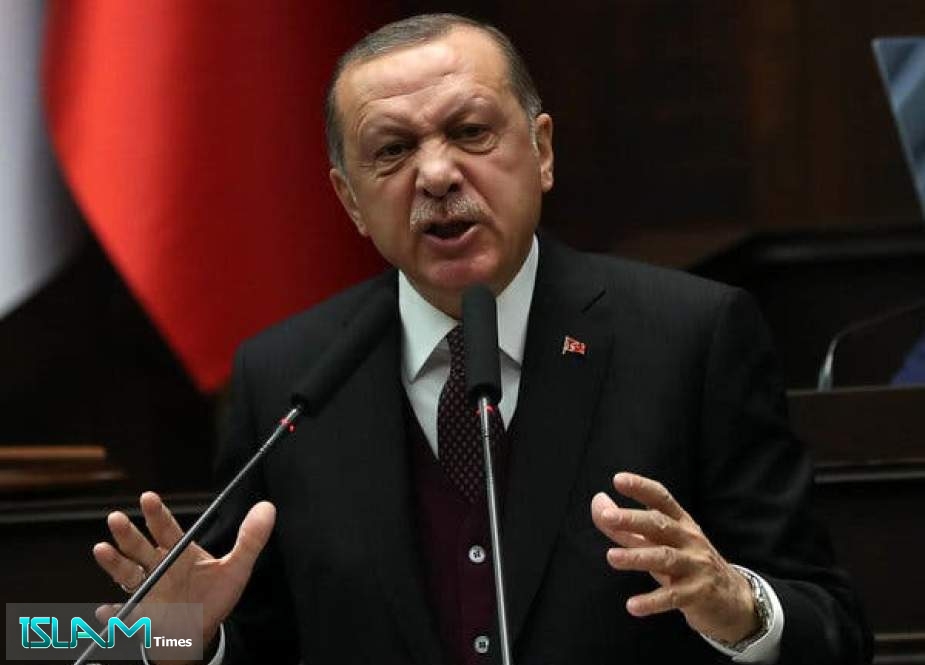 Idlib Ground Of Erdogan Foreign Policy’s Grand Defeat
Islam Times - The Idlib crisis has reached its climactic point recently as the Syrian government has shown resolution to liberate the province as the last stronghold of foreign-backed ...
Comment
Inside Italy, Country Hardest Hit by Coronavirus

Maduro Rips US over ‘Narco-Terrorism’ Charge
Virus Price for NATO Racket
US Sanctions on Venezuela A 'Tool of Genocide' amid Epidemic: Russia
Thanking Coronavirus Frontline Workers

Saudi Arabia Defies US Pressures to End Oil Price War with Russia
US Continues to Block Transfer of Medicines to Iran: VP
Why France is hiding a cheap and tested virus cure
Featured Stories