Story Code : 853373
Islam Times - The task of naming a successor to resigned Iraqi Prime Minister Adel Abdul Mahdi is increasingly becoming a crisis to the Iraqi political community as nobody seems to have the capability to solve it.
When on March 2, PM-designate Allawi quitted following a failure to form a new cabinet, President Barham Saleh named Adnan al-Zurfi as a new PM-designate. The choice triggered a new level of dispute in Iraqi politics this time between the parliament and the president.

Shiite parties controlling the parliament are anxious and angry as they failed to name their own choice and the president broke the political protocol and named a figure accused of corruption and having American nationality with controversial stances. The main attacks targeting al-Zurfi focus on his corruption scandal and siding with the US policies in Iraq. Some parties have threatened to remove Saleh from his post if he insists on his choice.

The impasse raises some questions: How constitutional has been Saleh in naming al-Zurfi? What goals are driving his decision?

According to the Iraqi constitution and specifically article 76, the president of Iraq names the PM to the parliament but choosing who should become a PM is the task of the parliament speaker as he consults with the major parliamentary parties.

Late last year, the political parties went into a dispute over determining the majority fraction which would be in charge of Mahdi succession. Finally, the Federal Court on December 22 held a session with the presence of all of the members. It then published a statement saying that after precise addressing of the case and also referring to its 2010 and 2014 interpretations of the article 76, it has concluded that the majority fraction meant by the article is the post-election alliance that is comprised of one or more election lists.

However, in the new conditions, there are two major views regarding if naming al-Zurfi by Saleh was constitutional.

First scenario: violation of the constitution by Saleh

Referring to the constitution, part of the leading Shiite parties argue that naming al-Zurfi by the president was totally constitutional and marked “an apparent violation of the constitution.” Adnan Fayhan, the head of Sadequn parliamentary alliance, threatened Saleh if he does not review his decision about al-Zurfi, the alliance will vote for his removal.

In addition to Sadequn, other Shitte parties like National Wisdom, led by Ammar al-Hakim and Fatah Alliance, led by Hadi al-Amiri have come against the al-Zurfi nomination. Their argument is that the majority fraction has the sole right to choose a PM and that Saleh lacks the mandate to pick a PM directly.

Second scenario: Saleh has the right to choose a PM

While in the first scenario Saleh is accused of breaching the law, another interpretation of the constitution suggests that he is responsible for directly naming a PM. However, a seven-member Shiite committee had the chance to make a choice and inform the president. They failed to make a choice and thus Saleh named al-Zurfi as a new PM with the support of some political parties.

According to the second scenario, Saleh has made nothing wrong constitutionally. Now it remains to see that what ruling it will make if the political parties file a suit against the president.

What has motivated Saleh to pick al-Zurfi?

It is so important to see what has driven Saleh to pick al-Zurfi as a new PM. It is clear to all that al-Zurfi naming is not a result of a previous agreement. While the seven-member Shiite committee was yet to agree on a choice, Saleh tasked al-Zurfi with forming a new government.

First theory: One theory links the goal behind naming al-Zurfi to a kind of optimism by the president. It suggests that Saleh in a good-will action decided to name a PM to avoid deterioration of the crisis or at least pave the way for a transition administration taking the country out of the crisis as the political parties failed to agree on a choice for the PM post.

This theory is raised as Saeroon alliance, led by Muqtada al-Sadr, gave the mandate to Saleh to choose a PM. This theory is based on Saleh’s optimistic reading of the political conditions and al-Zurfi’s capability to persuade the parliamentary factions and also the protestors.

This theory is, however, faulty. The costs of the unilaterally choosing the PM for the credibility of Saleh in the political atmosphere considered, the wise move was that the president in separate and behind-the-scenes negotiations with various parties test the consensus over al-Zurfi and then name him. The debates regarding his record of corruption taken into account, the president had a little chance to persuade the members of the parliament to give al-Zurfi their green light.

Second, this theory attributes to Saleh an unpragmatic approach to national political developments. Saleh acted differently when he named Allawi or sent a letter to Speaker Mohamed al-Halbousi asking him to identify the majority fraction.

Second theory: Another theory is that Saleh named al-Zurfi because he has close ties to the PM choice. To put it differently, odds are that al-Zurfi has a deep closeness to Saleh ideologically and politically. That is why the president picked al-Zurfi, despite massive opposition of the Shiites by the move. Al-Zurfi reacted to such theory telling Asharq al-Awsat newspaper in an interview that he made no deal with Saleh in return for his choosing.

Third theory: Another theory suggests that al-Zurfi picking is a result of Saleh’s effort to appease the US concerning Iraqi developments. By naming for the post al-Zurfi, who has American citizenship too, Saleh intends to win President Donald Trump administration’s support for new government formation. Even though this theory cannot be certainly defended, some experts and even politicians in Iraq accuse Saleh of seeking to form an “American cabinet” saying that al-Zurfi’s American citizenship vindicates their accusation.
Source : Alwaght
Share It :
Related Stories 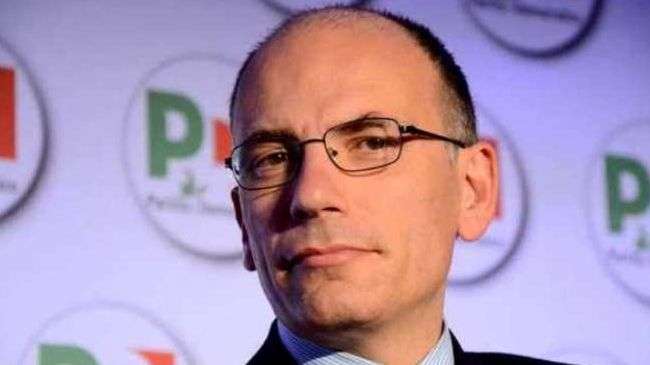