Story Code : 855470
Islam Times - Novel coronavirus cases around the world have passed 1,360,000, and the deaths from Covid-19 topped 76,000, according to data collected by worldometers.info. More than 293,500 people have recovered.
The United States leads all the 213 countries and territories affected by the highly contagious virus across the world with 368,196 confirmed infections. Italy remains the country with the highest death toll, which now stands at 16,523. And China — where the virus first emerged late last year — has reported no deaths from the virus for the first time since it began releasing daily data in January.

Meanwhile, residents in Italy’s worst-hit region of Lombardy were struggling to obtain scarce protective face masks and makeshift alternatives following orders by local authorities for everyone moving outside to cover their faces up.

Separately, the coronavirus death toll in Spain — 13,341 so far — slowed for the fourth day on Monday as the government mulled over a gradual easing of a lockdown on the nation with the second highest loss of life from the virus after Italy. However, Spain’s confirmed cases have surpassed those of Italy, standing at 136,675.

Switzerland, with 21,657confirmed cases, announced on Monday that it was too early to ease the measures to contain the spread of the new coronavirus, as neighboring Austria — reporting 12,297 cases — outlined plans to loosen a national lockdown.

Furthermore, Norway’s health minister declared that the country’s epidemic was under control, pointing to low rates of transmission. The nation has reported 5,865 confirmed cases of the virus.

The Czech Republic reported its slowest daily percentage increase in confirmed cases as the country started its fourth week of restrictive measures.

In the UK, while the infected British Prime Minister Boris Johnson was transferred to intensive care with deteriorating condition, his foreign minister has assumed responsibilities of running the country. Scotland’s chief medical officer stepped down Monday after acting against her own advice to stay home by visiting her second home on two successive weekends.

In Russia, the number of coronavirus cases has surged by more than 1,000 in the past 24 hours for the first time, bringing the total to almost 7,500, according to a Tuesday statement by the country’s crisis response center.

The updated death toll for Russia stands at 58.

French Health Minister France Olivier Veran announced on Tuesday that the country had not yet reached the peak of its COVID-19 epidemic and that the country’s lockdown would last as long as necessary.

Meanwhile, military forces across Europe have reportedly scaled back operations and imposed stricter rules on personnel in efforts to halt the spread of COVID-19 among troops, who often live and work in close quarters.

Asia and the Pacific

China announced Monday that it would make efforts to further prevent cases imported through its land borders, and the number of its asymptomatic cases increased.

The country reported no deaths for the first time since starting to track daily data on the outbreak in January.

Iran has confirmed 62,589 cases of coronavirus infection since the outbreak was reported in the country in late February.

More than 27,039 people have recovered and 3,872 have died of the virus, according to the latest updates provided by the Health Ministry on Tuesday.

Saudi Arabia placed its major cities under a 24-hour curfew on Monday in a bid to curb the spread of the highly contagious virus.

The Saudi Interior Ministry said in a statement that the curfew applied to the cities of Riyadh, Tabuk, Damam, Dharan, Hofuf, and the provinces of Jeddah, Taif, Qatif and Khobar.

Entry to or exit from those areas will not be allowed, except for vital workers, while residents can leave their homes for medical or food needs only between 6 a.m. and 3 p.m. local time.

The kingdom had already imposed a full lockdown on the holy cities of Mecca and Medina.

Saudi Arabia has reported more than 2,600 coronavirus infections and 38 deaths so far.

Separately on Monday, Kuwait announced a full lockdown on two densely-populated districts and extended a public holiday by two weeks until April 26 in the face of the outbreak.

“The decision to isolate (the two area areas) is in order to test everyone in there and treat them so it does not impact other areas,” the state news agency KUNA quoted the Kuwaiti interior minister as saying.

The Persian Gulf country also extended its partial curfew by two hours in the morning to run from 5 p.m. until 6 a.m. local time until further notice, with the Interior Ministry urging people to stay indoors even during non-curfew hours.

Kuwait has so far recorded 665 coronavirus cases and one death.

In Turkey, President Recep Tayyip Erdogan said his government wasbuilding two hospitals to accommodate at least 2,000 patients at airports in Istanbul — the epicenter of the viral outbreak in the country.

The facilities, he said, would open in 45 days.

Erdogan has also barred entry and exit to Istanbul and 30 other cities. Only vehicles carrying essential supplies like food are now allowed in and out. The presidenthas also issued a stay-at-home order for people under the age of 20.


Japan’s Prime Minister Shinzo Abe is expected to declare a state of emergency Tuesday evening following reports of a sharp hike in coronavirus cases in several major regions, including the nation’s capital of Tokyo. The government is further preparing a 990-billion-dollar stimulus package.

Meanwhile, India — the world’s second most populous nation after China — plans to test 20,000 people daily by the end of the week, twice the current rate, as a statistical glitch in its testing data has triggered queries into the issue. The country of 1.3 billion people has so far reported only 4,778 cases.

Indonesia announced its largest daily surge in infection cases, and a medical association stated that 24 doctors had died since the outbreak began. The populous nation has so far reported only 2,491 confirmed cases and 209 deaths.

In Singapore, there are growing fears that huge dormitories where migrant workers live and are disconnected from the outside world may fast emerge as a hotbed for infections.

And Australian Prime Minister Scott Morrison has urged citizens to remain home for Easter holiday, as data showed the country’s infection rate was on the decline. The nation has 5,846 cases and 44 deaths.

Nearly 20 million jobs across Africa remain at risk as a result of the COVID-19 outbreak, as experts predict the continent’s economies to contract this year.

Kenya’s president has ordered a halt to all movements in areas affected by the pandemic, including the capital of Nairobi.

In the Ivory Coast, police clashed with protesters that started demolishing a partially-built coronavirus testing center out of fears that people using the facility would cause a further spread of the virus.

Mexico posted its biggest single-day hike in coronavirus cases on Monday as its deputy health minister announced a need for government to recruit more medical staff to combat a deteriorating outbreak.

In Brazil, meanwhile, Health Minister Luiz Henrique Mandetta declared on Monday that he would continue in his post after overcoming a disagreement with President Jair Bolsonaro over the need for social distancing to halt the spread of the virus.

“A doctor does not abandon his patient. We will continue,” Mandetta said.

Guatemala has called on the US to limit its deportations of asylum seekers to 25 persons per plane. Two deported refugees were hospitalized in recent weeks after testing positive for coronavirus.

The small and impoverished Caribbean island nations of Haiti and Barbados reported their first deaths due to the pandemic.
Source : Alwaght
Share It :
Related Stories 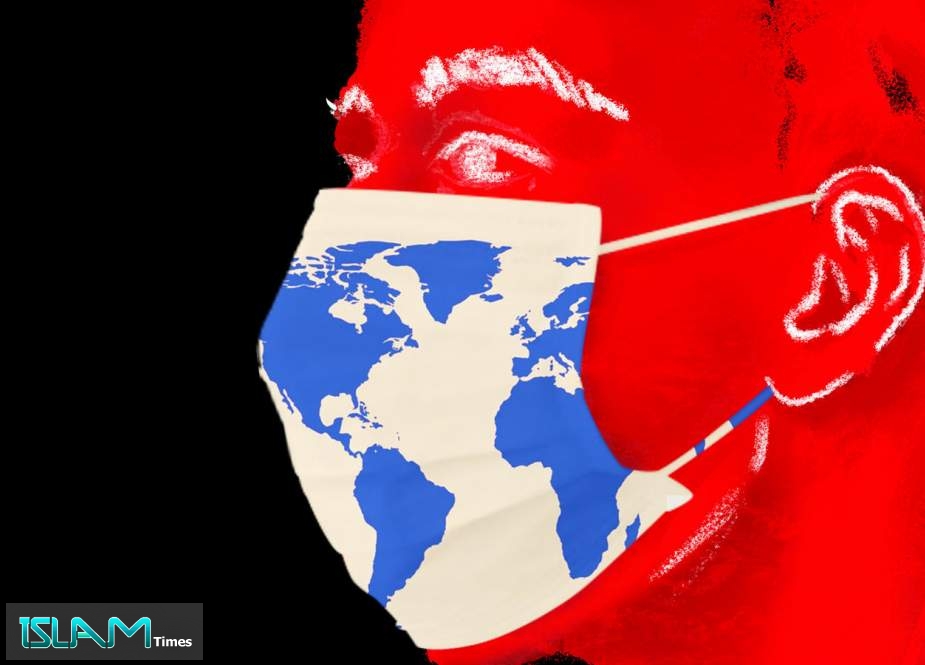