Azerbaijan – Armenia Clashes: Why Tovuz? And Why Now?

By Mohammad Noureddine
Story Code : 876261
Islam Times - After Syria, Libya, and Iraq, a new front opens in a region with direct relationship with Turkey. On July 11, artillery clashes broke out between Azerbaijan and Armenia, which, according to Azerbaijan, resulted in the killing of 100 Armenians. Though, Armenia denied this and admitted the killing of four members of the army, Baku, for its part, admitted the killing of 11 Azerbaijanis, including two officers. This was the first clash between the two countries since the "Four Day War" in 2016.
In principle, relations between Turkey and Azerbaijan were seen as one people in two countries, and the national bond that unites them was stronger than sectarian disparity: Shiites in Azerbaijan and Sunni in Turkey. Turkey and Azerbaijan represent a strong base for American and Atlantic interests, in addition to the presence of a robust “Israeli” intelligence against Iran in Azerbaijan.

Although some Turkish opposition parties disagree with President Recep Tayyip Erdogan on more than one foreign policy dossier, they meet with him in standing with Azerbaijan, on a national basis. Accordingly, the Parliament’s main parties issued a joint statement denouncing what they described as an Armenian attack on Azerbaijan. Turkish Foreign Minister Mevlut Cavusoglu fully supported Azerbaijan, while Erdogan described Armenia's actions as an attempt beyond its limits. In the light of this, Azerbaijan’s Deputy Minister of Defense and Commander of the Air Force, Ramiz Tahirov, met Turkish Minister of Defense Khulusi Akar in Ankara.

Nevertheless, many observers in Turkey portray different and foggy environment concerning the objectives of the recent escalation and the position of both, Ankara and Moscow:

Talks regarding the conflicts in power in Azerbaijan, that President Ilham Aliyev and his deputy and wife Mehriban Aliyeva, are seeking to get rid of the old guard, who stands in the way of improving relations with the Russian Federation. Hence, Foreign Minister Aldar Mamedyarov was sacked and replaced by Gihon Bayramov. Mehriban had visited Russia last fall in the framework of strengthening ties with Moscow, and President Vladimir Putin awarded her with the "Order of Friendship". The recent clashes came as an opportunity to get rid of opposition to President Aliyev in the Azerbaijani interior.
In this context, "Khabar Turk" newspaper’s Chettener Chiten said Russia believes that facing the United States’ attempts to isolate the country from the region in Libya, the eastern Mediterranean and the Caucasus cannot happen by just establishing good relations with Armenia, but it is necessary to establish good relations with Baku as well. Hence, Russia's sale of the S-300 missile system to Baku was to develop relations between both parties.

What caught the observers’ attention, including former Turkish ambassador in Baku Unal Cevikoz, is the site of the clash in the Azerbaijani Tovuz region. The site is located on the Armenia and Azerbaijan borders, directly and geographically far from the Karabakh region, and is therefore not related to the Karabakh conflict. Cevikoz saw this as a potential cause of tension between Turkey and Russia, where Turkey should take diplomatic steps and contain the situation before things get worse. Tovuz is also close to the Georgian border; among its strategic advantages is that the famous Baku – Tbilisi – Ceyhan oil and gas pipeline, the main railway and the highway connecting Baku and Tbilisi all run next to it.
Tovuz is not a disputed region between Azerbaijan and Armenia, unlike other regions in Karabakh and beyond. This means that the recent tension exceeds with its objectives the previous traditional factors. Retired military analyst, Onal Atabay, said concerning the Tovuz’s strategic location, that it was in Russia's interest to widen the front line against Turkey, which is pressing Russia in Libya, Syria and the eastern Mediterranean. Drawing the pressure on Turkey by moving the Caucasus Front is appropriate, given that Turkey may not be able to afford to open several fronts at once, so the Caucasus front will be a bargaining chip in the hands of Russia towards Turkey and the US concerning the Libyan dossier.

There is no doubt that Russia is the strongest in the Caucasus conflict, given that the relations between Baku and Ankara are not stable, as the latter, according to writer Murat Yatkin, observes cautiously the Russian-Azerbaijani rapprochement. So Turkey is satisfied today with carrying out military flights on the border with Armenia, providing logistic and advisory assistance, and not responding in a way that might draw it into a war it is not ready for. Likewise, Turkey is not very comfortable with the Azerbaijani position and is hesitating, as a result, believing that Baku is playing a double game: it speaks with Ankara in Turkish and with Moscow in Russian, as Fahmy Tashkent notes in the daily "Gazette Dwar".

What Russia might target in triggering the Tovuz front is pressure on Turkey and Azerbaijan over the Baku Ceyhan pass line near Tovuz and the possibility of disrupting it under the pretext of military operations. This would deal a severe blow to economic cooperation between Turkey, Azerbaijan and Georgia, and after them the United States; knowing that Russia, like Armenia, is very damaged by this line, which is an alternative to Russian oil and gas pipelines and marginalizes Armenia and deprives it of financial returns and outward orientation if the line runs through its territory. Faruk Logoglu, former Turkish ambassador to Baku [1996-1998], believes that Russia is not interested in stabilizing the Caucasus so that Armenia and Azerbaijan will need Russia and its mediations.

And given the good relationship between France and Armenia, the former is not far from exerting pressure on Turkey, which has been in turn challenging France, for months, in the eastern Mediterranean and Libya, as well as the West by turning the Hagia Sophia into a mosque.


So far, developments are not on the verge of escalation. And messages from one side or the other have been received. Now, light has been shed to the fate of other fronts, especially Libya, and whether Tovuz’s messages will be received.
Source : Alahednews
Share It :
Related Stories 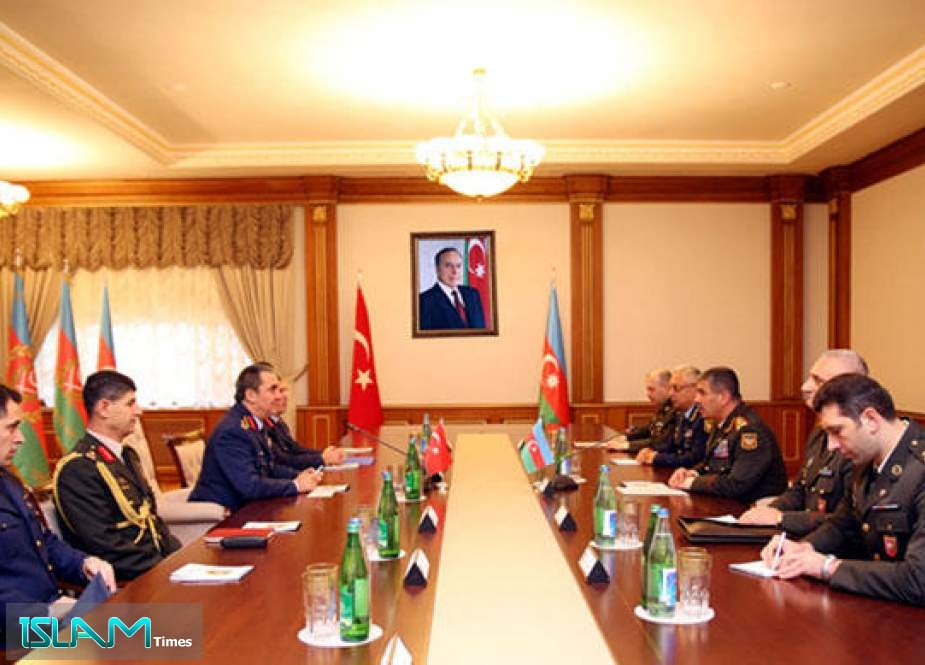