By Fatima Haydar
Story Code : 877607
Islam Times - Once upon a summer day in July, the Lebanese were going about their day, when suddenly the “Israeli” entity reported “a security incident in the Shebaa Farms” and that clashes between the “Israeli” Occupation Forces [IOF] and the Lebanese Resistance movement Hezbollah had ensued.
In the aftermath of the make-believe attack, there were conflicting reports on the part of the “Israelis”, while the Lebanese waited patiently for Hezbollah to issue its statement… a couple of hour that felt like eternity to the enemy.

On the same day, Hezbollah issued a statement commenting on the events that took place. It denied all reports and statements circulated by “Israeli” media outlets and military officials.

The Resistance movement’s statement concluded with: “There’s Always Tomorrow”; a sentence that was more than enough to keep the “Israeli” entity on high alert; deploying additional military units and defense systems to the border.

It’s bad enough that the “Israeli” entity had to fabricate an attack by Hezbollah to save face and pretend to be the “invincible” army it NEVER was, the Resistance’s pledge to inevitably respond to the martyrdom of Ali Kamel Mohsen in Syria rubbed salt in the entity’s wound.

A couple of days have passed and the “Israeli” entity is only growing more restless, waiting for Hezbollah’s retaliatory response – a response that will definitely come.

In the days to follow, “Israeli” military commentators were in the lime light throughout the entity’s media outlets. Media reports and analyses varied, some conveyed an optimistic point of view, while others provided a realistic, more down-to-earth analyses of the events, but all were eager to have a piece of the cake.

The “Israeli” entity’s Channel 11, based on the IOF’s evaluations, reported that “Israel” will be facing “rough days ahead of us; it is very likely that Hezbollah will carry out another attack [there was no first attack in the  first place]”. It added, “Caution, vigilance and the reinforcement of forces on the ground continue”.

For his part, senior military correspondent for “Israel’s” Channel 13, Alon Ben David, commented on the tensions along the entity’s northern borders.

Ben David expected that “Hezbollah will not hesitate to act on Eid al-Adha [the second major Muslim festival]”.

He asserted that based on the IOF’s assessments, “[Hezbollah Secretary General His Eminence Sayyed Hassan] Nasrallah gave an order to his fighters to act aggressively against the ‘Israeli’ army”.

In the same context, Amir Bohbot, an “Israeli” military expert wrote in the Hebrew language website “Walla”, that the IOF has strengthened its forces in the entity’s northern border in a way that "is more broadly compared with the Second Lebanon War in 2006”.

Bohbot warned of a “possibility of a long fight” with the Resistance and explained that “heavy artillery was deployed widely, and more intelligence services were sent, in order to ‘deter’ Hezbollah from even thinking of doing anything”.

The “Israeli” daily “Yedioth Ahronoth” also had its share of the suspense. Ron Ben Yishai, an “Israeli” war correspondent, wrote, “Hezbollah prides itself on keeping the ‘Israeli’ army on alert and forcing the ‘state of “Israel”’ to waste the army's mobilization capacity”.

Ben Yishai gave Hezbollah the benefit of the doubt saying, “There is no doubt that this is part of its list of revenge, and it has succeeded in achieving it”.

All the while the statements and comments were being released, the “Israeli” entity’s Channel 13 reported citing the IOF that “the army has vacated its outposts in the Ras Naqura area”.

Nothing out of the ordinary for a wanna-be army!

Meanwhile, in a bid to boost morals in the “Israeli” entity, Bani Gantz, “Israel’s” War Minister, shared a thrilling announcement on the “Israeli” radio this morning.

Gantz assured the “Israelis” saying, “We are still at full readiness. Lebanon will bear the responsibility for any attack. Whoever is trying to harm us, I do not intend to squander this opportunity if someone forces me to do so”.

Though, Gantz’s bark is worse than his bite, he threatened the Resistance, “If they offend the ‘state of "Israel"’, we will respond with the force that we think is necessary and it will be hard”.

What’s worth noting is the revelations related to the imaginary attack since there’s nothing covered up that will not come to light, eventually.

The “Israeli” fairytale comes to an end, as the entity’s Channel 10 released details of the July 27 “attack” – a rookie soldier almost ignited a war with Hezbollah because of an “illusion”.

According to the “Israeli” broadcaster, a 19-year-old female soldier, who was on post at the military base in the occupied Shebaa Farms area, “detected” an armed group and this all happened.

What a perfect ending for a fairytale that turned out to be a mere comic scene of an “Israeli” melodramatic tragedy.

While Vladimir and Estragon waited for Godot who never arrives, “Israel” won’t be doing so, as Hezbollah’s response will definitely come.
Source : Alahednews
Share It :
Related Stories 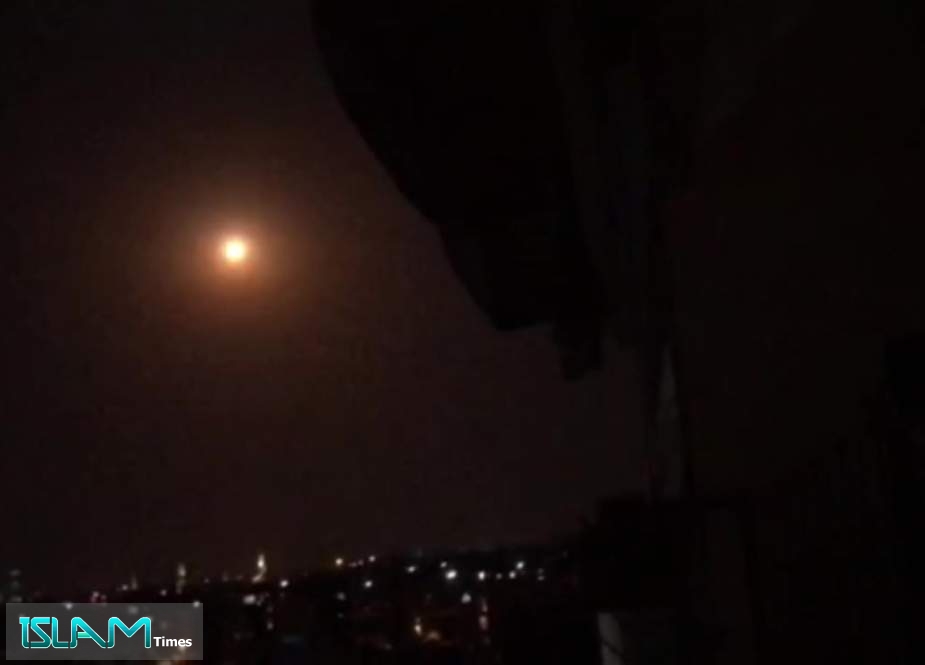