What Does Trump Seek Behind Sending Pompeo To Europe, West Asia?

Story Code : 898163
Islam Times - Ten days after the US presidential election that concluded in the defeat of the Republican candidate Donald Trump and while the political tumult is engulfing Washington, the US Secretary of State Mike Pompeo on Friday started a multi-nation tour that would see him visiting European and West Asian countries.
During the trip, which is said to last until November 23, Pompeo will visit France, Turkey, Georgia, the Israeli regime, the UAE, Saudi Arabia, and Qatar. Seen as a farewell tour of the most important allies of the US, it chases goals that can be given as follows:

A tour with a message to the home

Seemingly, Trump does not plan to admit to the defeat in the race against the Democrat Joe Biden before he can send the case to the US Supreme Court in which the conservatives have a considerable weight. But going to the court in addition to presenting persuasive documents, from which Trump's hands are empty, needs support from the supporters and Republican leadership.

To this end, in the past few days, Trump fired the Secretary of State Mark Esper and some other administration staff, ordered massive distribution of the coronavirus vaccine, and withheld high-important security issues from Biden’s transition team, demonstrating that he is still in control of the presidential affairs and does not plan to retreat.

The roughly lengthy tour of Pompeo can be read through this lens as Trump wants to tell all that the foreign policy is going on normally and the government pursues its policies very seriously.

This can be better understood if we know that only two days before he began his tour Pompeo in an interview with Fox News picked a critical tone, reminding the leaders of the other countries that the election count is not over yet and “there will be a smooth transition to a second Trump administration.”

But it seems that Trump did not see the comments enough and felt a need for actions, thus tasking Pompeo with a ten-day carnival that's insignificance is clear from its stated cliché goal of pursuing the anti-Iranian policy and the security cooperation with the allies.

Although Pompeo’s tour has internal consumption, the foreign policy team of Trump has certainly understood the reality of the defeat in the election. This means that although with the arrival of the Democrats and a new foreign policy team to the White House the change of the overall regional policy of the US is far from expectation, the new administration will act differently in some priorities, tactics, and even some of the regional policy goals. One of the most important issues is that Biden will possibly discontinue Trump’s illegal and inhumane “maximum pressure” policy against Iran and return to the nuclear deal. These changes will mark a huge defeat to the Republicans.

In these conditions, Pompeo, very likely, tries to paint as successful the Trump regional foreign policy by reminding the allies of some important works done under Trump like unprecedented support to the Israeli regime, pressing ahead with the normalization case, withdrawing from Iran nuclear agreement, reinstating the sanctions, and striking military and security deals with the Persian Gulf Arab monarchies. By doing so, he encourages the allies to put strains on the White House in the future to continue the same policy.

On November 10, Trump's administration said that it finalized a $23 billion deal to sell 50 F-35 fighter jets and 18 MQ-9B Reaper drones to the UAE. So, it is not surprising that a few days before Pompeo’s regional visit, the Saudi Arabian King Salman bin Abdulaziz, whose hand is stained with the blood of thousands of Yemen children, labeled Iran the factor behind regional insecurity and then American media, citing anonymous sources, in a ridiculous claim talked about killing of Al-Qaeda’s number two man with his daughter in Tehran on August 7 at the hands of Israeli agents. These are all to block Biden’s possible return to nuclear deal where Tehran sees the full realization of commitments and lifting of the sanctions as the least conditions for Washington return to the 2015 agreement.

Preparing the ground for future ambitions

Besides the above-mentioned goals, Pompeo’s visit may pursue a long-term goal for the top US diplomat as he is not afraid to disclose his political ambitions and may be a Republican candidate in the 2024 elections. His trip to the Israeli regime will include visiting the occupied Golan Heights and the illegal Israeli settlements in West Bank that has been avoided by his predecessors and was considered illegitimate by the international community and even the Western allies of Washington.

In a report, CNN referred to these Pompeo ambitions, saying that he seeks to highlight his legacy in a couple of cases—mainly the toughness on Iran, standing for religious freedom, anti-terrorism fight, and alliance with the Israeli regime— that he thinks were the most significant achievements of him leading the foreign policy apparatus.
Source : َAlwaght
Share It :
Related Stories 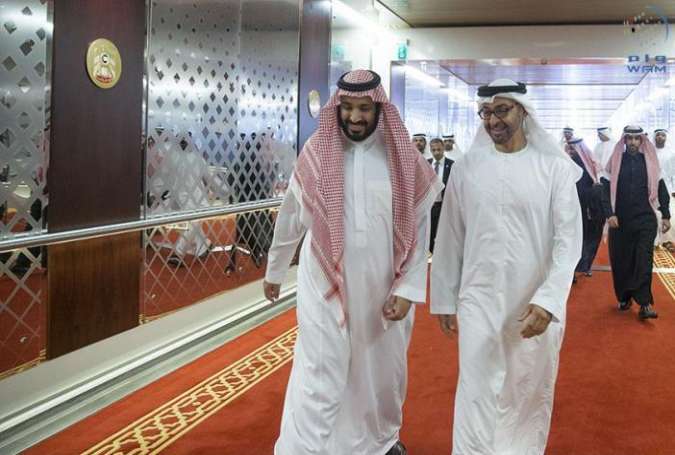