Story Code : 899586
Islam Times - The US military has deployed B-52 bombers to the Middle East after the Trump administration announced an imaginary withdrawal of American troops from Afghanistan and Iraq.
US Central Command claims the Air Force B-52H “Stratofortress” aircrews conducted the mission on "short notice" to "deter aggression and reassure US partners and allies."

“The ability to quickly move forces into, out of and around the theater to seize, retain and exploit the initiative is key to deterring potential aggression," said Lt. Gen. Greg Guillot, 9th Air Force commander.

This is while the bankrupt United States, which cannot even contain the coronavirus pandemic on its own soil, is no longer able to sell fire insurance to its allies in the Persian Gulf. Put simply, Washington is desperately trying to outsource its ongoing “maximum pressure” campaign against Iran and the Resistance Front by having Arab allies pay more for its politically timed military shenanigans in the Middle East.

Charged with imperial hubris, Guillot claims, “These missions help bomber aircrews gain familiarity with the region’s airspace and command, and control functions and allow them to integrate with the theater’s US and partner air assets, increasing the combined force’s overall readiness.”

Before he could cash his check, General Guillot should realize that America’s B-52 bombers will only cause further instability and insecurity in the Persian Gulf. This is because no country in the region is in the mood to be caught in a riptide of yet another military gambit and preparations for more of the same just because presidential election loser Donald Trump says so.

There are some tough questions for this. Today no one wants to risk any retaliation by Iran. They all saw just the tip of the iceberg when Iran retaliated for the assassination of IRGC Quds Force Commander Lieutenant General Ghasem Soleimani by successfully attacking a US military base deep inside Iraq.

As well, no country seeks escalation in the region. Iran has offered non-aggression pacts with all countries in the Persian Gulf and Tehran’s offer is still on the table. The call for dialogue and de-escalation has not fallen on deaf ears. Many countries have maintained that tensions could only be contained through dialogue, and that priority is to end mutual distrust.

It isn’t just that. Legally, Washington’s incoherent plan to send bombers to the region is on shaky ground. If truth is the first casualty of this illegal campaign, international law is the next. The US is breaking the fundamental norms of international law and the Charter of United Nations. Even the international community has also bashed Trump for trying to create new tensions in the Middle East.

Many countries say now that Trump has less than two months remaining in office, he can make a lasting political and policy impact by ending America’s endless wars. They say ending involvement in any of the places where the US is militarily involved throughout the region not only has the support of the American people, but also presents the opportunity to implement a better foreign policy for America’s future.

It’s no small thing to argue that Trump’s problem is that Washington has no coalition partners to escalate the current situation. At this point, it isn’t also clear any petrodollar ally plans to do anything other than continue to bankroll American bases and troops. These so-called “allies” are not inclined to anger Iran and its regional partners, because promises of retaliation are large and expanding.

As its troubles mount, and whatever the final details that might emerge, the desperate attempt by General Quillot to send bombers to the region brings out the utter failure of US policies and the terrible cost that its Arab allies have been paying in such a pointless gambit.

Despite the failure, the US is still escalating the situation, as a consequence of which, Iran has not only gained strength from its rightful stance against US bullying, it has also won the support of international community.

For all its bellicose rhetoric, therefore, the maintenance of America’s superpower prestige through sending B-52 bombers to the region is far-fetched. Equally, the silly attempt is not the answer to the unfolding mess war-party Washington has created in the Persian Gulf.

The way to peace and security is for the US to end its endless wars and leave the region’s security to the littoral states. Without this step, the Middle East can never be free of tension and strife of all varieties. 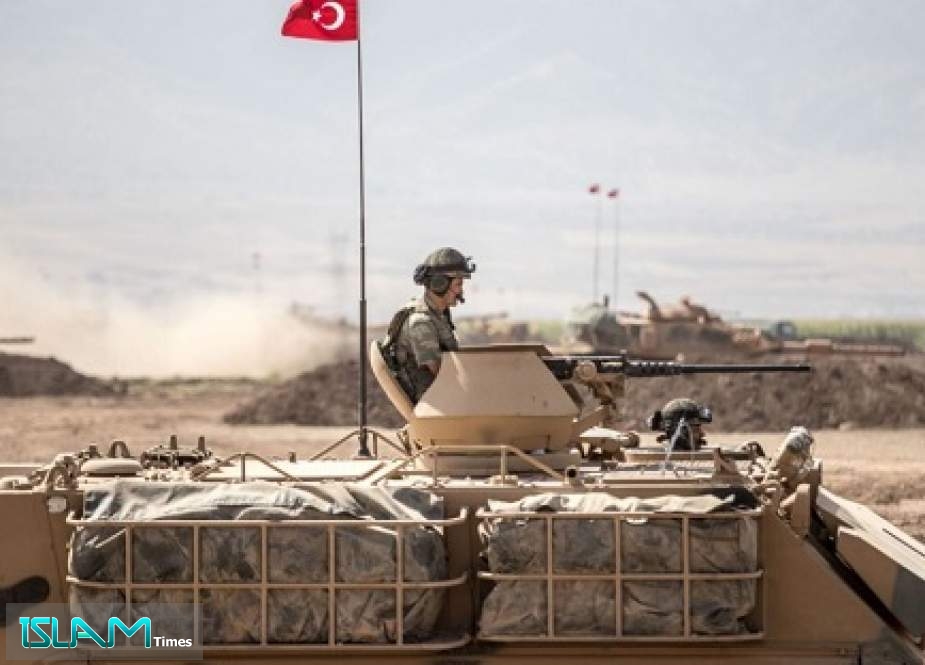 How Can Baghdad Counter Turkish Military Violations?
Islam Times - 20 days after Turkey’s latest assault on northern Iraq, the Turkish troops continue their operations in this part of the country. The new wave of the Turkish army’s attacks ...
Iran Can Become Economic Power of Region: Imran Khan
Iran Can Begin Free Arms Trade on Sunday: President
What Can Be Done? Washington Enters War With Ease
What Can Be Done?
There can be no justification for this act of murder
US hands can be seen behind Egypt crisis
Americans Can Be Proud of What Was Achieved in Iraq
Comment
3 Syrian Soldiers Martyred, 10 Wounded as Terrorists Attack Bus on Deir Ezzor- Palmyra Road
Global Day of Action for Yemen: Mass Rallies, Virtual Meeting Calling for End of War
Six Israeli War Jets Roam Lebanon Skies
87 Taliban Members Were Killed in 7 Afghanistan’s Provinces
Europe MPs Express Concern About Human Rights in Bahrain
The Biden Administration’s Saudi Problem
Iran Able to Destroy US Warships: IRGC
Nigeria leaders and their Western masters are mortally afraid of him
Biden Talks with Macron on Russia, China and Iran
French FM Makes Unfounded Claims on Iran's Nuclear Program
More US Troops on Syria’s Ground?!
Report: Netanyahu to Dispatch Mossad Chief to Meet Biden & Outline Israel’s Demands for Iran Nuclear Deal Overhaul
Sweden’s Spanga Church Firebombed in Stockholm Suburb
Syria Condemns US ‘Systematic Looting’ of Its Resources, Oil in NE, Calls for Immediate Withdrawal of Occupation Forces
Biden Fires Trump’s White House Chief Usher
Maduro Hails Trump’s Departure: He Left Alone, This Is Our Triumph!
US Return to JCPOA Should Not Couple with Preconditions for Iran: Russia
Egypt, Qatar Resume Diplomatic Relations
Defeated Trump to Live in Fear, Says Daughter of Martyred Gen. Soleimani
10 Civilians Killed, Wounded in a Terrorist Attack in Aleppo
Featured Stories