Sayyed Moussa Sadr: A Fighter for Rights and Freedom

By Siraj Kobeisy
Story Code : 951518
Islam Times - Sayyed Moussa Sadr was born in the Holy Iranian City of Qum in the year 1928, to the Sadr family which was known to be a family of theologians. His father was Ayatollah Sadreddine Al Sadr, and Ayatollah Mohammad Baqir Al Sadr was his cousin.
Sayyed Moussa Sadr attended his primary school in Qum and later on moved to the Iranian Capital Tehran, where in the year 1956, he received a degree in Islamic Jurisprudence and Political Sciences from Tehran University. 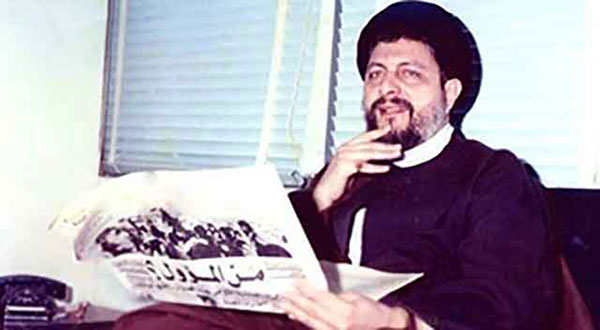 After that, His Eminence moved back to Qum to study theology before leaving to Najaf in Iraq in the year 1954, to continue his theology studies under Ayatollah Sayyed Mohsen Al Hakim, and Ayatollah Sayyed Abdul Qassem Al Kouei.

In the year 1955, Sayyed Moussa Sadr came to his home country, Lebanon, for the first time, where he met his cousins and extended family members in Tyr and Shuhoor, and was the guest of honor at Ayatollah Sayyed Abed Al Hussein Sharafeddine's house.

Ayatollah Sharafeddine saw the talents and skills of Sayyed Moussa Sadr, and started talking about them in all his meetings and seminars, which gave a glimpse that Sayyed Moussa would be his successor.

As he started to appear widely in social affairs, Sayyed Moussa started with religious and general activities, spreading their range through seminars, meetings, and visits, where he was able to relate religion to the social affairs.

His Eminence did not only step into his work in the city of Tyre, but he also went from and to most of the Lebanese areas, among different social ranks, or even religions or sects.

His major concern was the unity of all Lebanese, regardless of their religion or sect, for he believed that religion's role is ethical stability, where Sayyed Moussa was the first to conduct the Muslim-Christian dialogue, later during the Lebanese civil war.

Sayyed Moussa worked on achieving a better society for the people of his city Tyre, and for other people, leading them to a better civilized way of living, helping them through establishing social and charitable associations to direct basic instructions.

Orphans and less fortunate people had a chance to know the generosity of Sayyed Moussa Sadr, and how much he worked on helping developing the society.

Sayyed Moussa was a prominent active figure in the Islamic and Arab world, where he participated in several international and regional conferences, in which he used to contribute and address people with his knowledge, checking on all Lebanese immigrant people to the world.

When he came to think about his own Muslim, Shiite, sect, Sayyed Moussa Sadr sought to organize his sect's affairs, as the law allows each sect to have the right to form its own institutions.

A COUNCIL OF AFFAIRS:

From this context, His Eminence started urging for establishing a council special for the Shiite Muslims' affairs, which was rejected and opposed by some Shiite political figures, in addition to politicians of other sects. 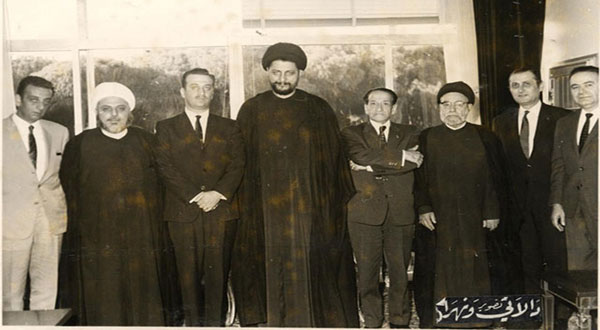 Sayyed Moussa's cause to establish a Shiite council took him years, until the year 1966, where he conducted a press conference, in which he presented the sorrows of the Shiites, based on statistics and surveys that he used to prove reasons for establishing a council.

By the end of the year 1967, a proposal was approved by the Lebanese Parliament and Lebanese President, resulting in the establishment of the "Islamic Shiite Higher Council".

This council was considered to be the fruits of what Sayyed Moussa worked for, in order to present a better future for the people of his sect, and to try and stop sectarian racism.

As the council was established to be a legal council with no flaws, it was agreed that a board of members would be formed in order to organize the work as in any other organization.

In the year 1969, Sayyed Moussa was elected as the first Head of the Islamic Shiite Higher Council, where he pledged on his day of election, that he would do his responsibilities and duties as head of the council, in order to achieve all what could be done in the benefit of the Shiite people.

Yet Sayyed Moussa was not only a religious figure, he was also a political scientist who cared enough about political developments, in addition to patriotic campaign in defending their country.

Sayyed Moussa of course did have interest in the Palestinian issue, where he called upon supporting the Palestinians, and strictly cooperate with Arab countries, in order to liberate the occupied territories. 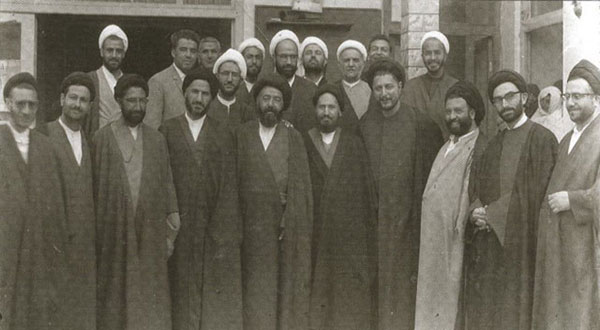 And so it happened that as Imam Moussa Sadr started his way as a prominent, Lebanese, figure, the "Israeli" brutal aggressions and assaults in south Lebanon had have been taking place.

In this context, His Eminence started urging Lebanese authorities to help and protect southern villages, in addition to arming southerners and train them to defend their country.

Sayyed Moussa's demands developed to become a campaign, which as a result, the Lebanese government approved on enhancing the situation on the Lebanese southern borders in the year 1970.

The year 1970 was a rich year in the accomplishments Sayyed Moussa achieved for the benefit of the Lebanese people, especially in light of the "Israeli" aggressions.

While the South was the most, or by the only damaged area as a result of the enemy aggression, Sayyed Moussa sought to establish the "South Council", which mainly dealt with making up for all damage caused by "Israeli" assaults, in addition to agreeing upon some projects that aim at enhancing the social situation in the south.

Despite the "Israeli" constant attacks in the southern areas, Sayyed Moussa wouldn't let the situation go unless he would fight or hold campaigns against the aggressions.

Although the Lebanese government cared less about Sayyed Moussa's demands in protecting the people, the Lebanese Army Leadership was interested in demands, which led them to establish special joint committees in the year 1974, which would be set to study all demands. Many reports were published concerning demands and the importance of them to be conducted, yet there were no results, leading Sayyed Moussa and his followers to continue all sorts of campaigns.

In the memory of Ashura, in the year 1975, Sayyed Moussa Sadr called upon the Lebanese people to form a Lebanese resistance in order to confront all "Israeli" aggressions and conspiracies planed for Lebanon.

Sayyed Mousa said, "Defending the country is not only the duty of the authorities, and if the authorities let us down, that doesn't exclude the people's duty in defending".

In a press conference His Eminence held on the 6th of July 1975, he announced the start of Lebanese resistance, under the name of "Amal" (hope).
"The youth of Amal are the ones who were with me in my demands for defending the country and the dignity of the nation, in these days where the "Israeli" assaults reached their climax, and the Lebanese authorities did not do its duty in defending its country and people".

The Lebanese civil war was not any less important than the "Israeli" war against Lebanon, for all His Eminence cared for is the wellbeing of the people of his country.
For that, Sayyed Moussa exerted too much effort for this cause, traveling from one Arab country to another, aiming at coming up with an Arab resolution and decision to stop the civil war in Lebanon.

He finally was capable of imposing a decision after an Arab Summit in Cairo on the 25th of October 1976, which agreed on sending Arab troops to Lebanon, to stop all internal aggressions.

Although the civil war ended, but the "Israeli" assaults continued in southern Lebanon, to the extent that the Arab troops sent for internal Lebanese peace keeping were not able to enter the Lebanese southern territories.

From here and so, Sayyed Moussa's main concern was to liberate south Lebanon and stop all forms of aggressions against Lebanese civilians.

The Story of Sayyed Moussa, or what is considered to be the most negotiable, yet confusing, would be in Libya, linked with his disappearance. 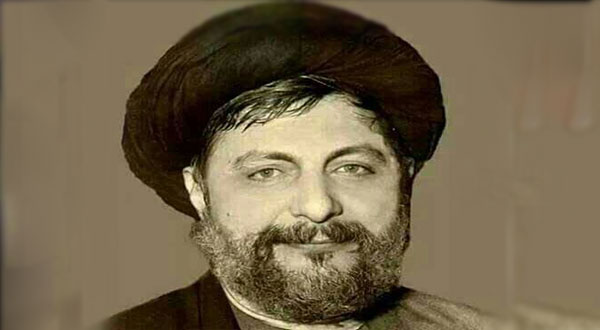 On the 25th of August 1978, Sayyed Moussa went on an official visit to the Arab country of Libya, accompanied with Sheikh Mohammad Yaakoub, and journalist Abbas Badreldien. The visit aimed at meeting with Moammar Al Qadafi.

For the first time, Sayyed Moussa Sadr did not conduct many phone calls, and surprisingly no one knew anything about him and his companions, were he didn't call his family nor the council as he usually did in previous travels.

Noon, the 31st of August 1978, was the last day he was seen in Libyan territories, where after no one knew what happened to him and his companions; the whole world started questioning the situation.

As international demands started to become louder, the Libyan authorities announced that His Eminence and his companions left Libyan on the evening of 31st of August, and headed towards Italy.

It is true that Sayyed Moussa's luggage, and his companions' were found in a hotel in Rome, yet the Italian intelligence and court conducted a major investigation, which proved that the abducted did not leave the Libyan territories, and never passed through Rome in that time period.

The situation then was announced to be the abduction of Sayyed Moussa Sadr and his companions, where the Lebanese intelligence as well left to Libya in order to investigate the incident, yet the Libyan authorities did not allow any Lebanese entry for that reason.

The Lebanese intelligence were then only able to go to Rome, where Lebanese investigations also proved, that Sayyed Moussa did not leave Libya as was claimed.

The Islamic Shiite Higher Council published many statements, in which with the agreement of all Lebanese parties, and most of international incites, they accused Moammar Al Qaddafi, Libyan President, to be the abductor of Sayyed Moussa Sadr and his companions.

The story has not been forgotten or faded away, for Sayyed Moussa is still awaited in Lebanon, Iran, and most of the areas and sects who believe in his achievements before, and what he could do and achieve if it was destined for him to return.

Sayyed Moussa Sadr, a name of wisdom, faith, strength, nationalism, generosity, and most important, patriotism, would now and forever be a memory, a blessing on the whole world, until the truth is revealed.