By Syed Zafar Mehdi
Story Code : 958104
Islam Times - The deadly spiral of violence targeting Afghanistan's long-repressed religious and ethnic minority, Hazara Shias, continues unabated.
From the notorious Pashtun ruler Abdur Rehman Khan in late 1880s to the Daesh terrorist group in the 21st century, this vulnerable group has known nothing but violence and death and everything in between.

The juggernaut rolled again this week, during Friday congregational prayers, in the northern Kunduz province of Afghanistan. A young suicide bomber, masquerading as one of the worshippers, detonated his explosives during prayers, leaving a trail of death and destruction.

The devastating attack followed a strikingly familiar pattern, which has come to define the terrorist group's modus operandi in Afghanistan since 2014, when it first made inroads into the war-ravaged country.

More than 100 casualties have been reported from Friday's high-intensity bombing at Gozar-e-Sayed Abad Mosque in the Khanabad area of Kunduz, with a predominantly Hazara population. The toll is likely to mount, as many have been admitted to hospitals in critical condition.

Videos shared on social media showed heartbreaking scenes inside and outside the mosque, with disfigured bodies scattered through the debris. One video showed a distraught mother wailing over the body of her young son. Not much remained of his lifeless body though.

There were other extremely graphic images too, with body parts hanging from the ceiling inside the mosque and plumes of smoke rising from the burning structure outside. The blood and tears were indistinguishable.

Eyewitnesses and survivors described to Press TV's website over the phone the apocalyptic scenes in the aftermath of the bombing, with ambulances ferrying the dead and people frantically searching for their missing relatives.

"All I could see was blood and body parts, and frightened people standing numb, not knowing the fate of their friends and relatives," Mohammad Imran, a local resident and eyewitness said. At least three of his friends died in the bombing, and many are still missing.

One eyewitness said his father was critically wounded in the tragic incident, but had no information about some of his friends who went to the mosque that day.

"It feels like doomsday, everything seems to be over," cried Hadi. "What did we do to deserve this, why do they keep snatching our loved ones from us."

Zaki Daryabi, chief editor of Kabul-based newspaper Etelaat, said a woman who lived in his neighborhood for two years had 23 people in her immediate family either dead or injured in the deadly blast.

Daryabi shared pictures of some young victims who had been identified by their families, and a video showing people digging mass graves in an open field. He said many people had succumbed to their wounds due to "lack of medicine", pointing to poor services.

Local sources told Press TV's website that hospitals and dispensaries were teeming with patients. The trauma center run by Médecins Sans Frontières (MSF) in Kunduz had treated more than 100 wounded people while many others were brought dead to the hospital.

It's important to recall that on Oct. 3, 2015, the US forces had bombed this hospital, killing at least 42 people, including women and children. Scores of patients were charred to death and many others were badly decapitated, in a horrendous war crime that largely went unnoticed.

The latest diabolical attack, reminiscent of the Oct. 2015 bombing, is among the deadliest terrorist attacks in Afghanistan since the US-led invasion 2001, and the first since the Taliban announced a caretaker government in Kabul last month.

The last time Daesh terrorists struck was immediately after the Taliban's sweeping takeover of the country and the US-led coalition's hasty and humiliating retreat outside Kabul's Hamid Karzai International Airport in mid-August, killing over 160 civilians.

In recent weeks, there have been intermittent attacks on Taliban fighters in eastern Nangarhar province, the Daesh stronghold, as the two groups step up their long-running rivalry in the volatile Af-Pak region.

Experts see Friday's bombing serving multiple purposes for Daesh: to undermine the Taliban's newly-established rule and to continue its long-running murderous campaign aimed at ethnically cleansing the minority Hazara Shia community, which it has long seen as part of the resistance front in Syria and Iraq.

In a statement after the attack, the terrorist group said the suicide bomber detonated his explosive vest amid a crowd of Hazara Shia worshippers inside the mosque. The explicit mention of 'Hazara' was striking.

The group vowed to continue targeting the vulnerable Hazara Shia community, who constitute roughly 15 to 20 percent of the country's population. In Kunduz, they make up about 6 percent of the 1 million population.

Another important takeaway from the statement was the mention of the suicide bomber's ethnic identity and the clear anti-China messaging. The assassin belonged to China's Uyghur Muslim community, recruited by Daesh to be a pawn in its sinister game. He had apparently been brainwashed into believing that the Taliban have pledged to expel the Uyghur militants from Afghanistan at China's request.

Since Friday, social media has been flooded with evocative messages, expressing solidarity with the persecuted Hazaras and warning against Afghanistan becoming "another Syria."

Samira Hamidi, a human rights activist, said Kunduz attack is a reminder that "terrorism is at its peak" in Afghanistan, warning against ignoring the danger posed by the Takfiri militant group.

Munazza Ebtekar, an Afghan researcher at Oxford University, said there are "no feelings of sadness or desperation, just anger," asserting that the campaign to annihilate the Hazara population "can and will be stopped by the people."

Pertinently, it's not the first attack on the minority Hazara community in Afghanistan, claimed by Daesh.

The targeted attacks have assumed alarming proportions since 2014, when Daesh terrorists made a foray into Afghanistan, from their original bases in Syria.

More recently, in May, three bombs struck outside a girls' school in western Kabul's Hazara-dominated neighborhood of Dasht-e Barchi, leaving at least 68 dead. The victims were all young girls with big dreams.

The pattern of attacks remains the same but now a different set of players are running the show in Kabul. Will the Taliban, which has its rivalry with Daesh, up its game to protect the vulnerable Hazara community, or will we see the repeat of the late 1890s. Time will tell.
Source : PR
Share It :
Related Stories 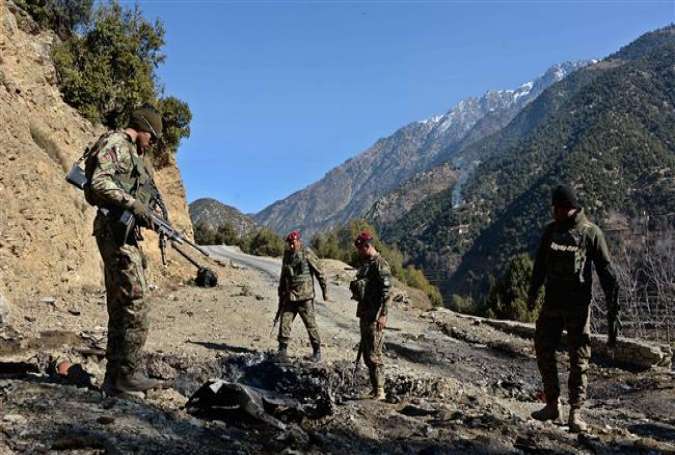