Story Code : 373110
Islam Times - For the past two weeks now much uncertainty has developed in relation to Pakistan peace talks with the Tehrik-e-Taliban Pakistan (TTP).
As different reports have appeared on the media, two main reasons have so far been given to explain such political roadblock – some sources have invoked a disagreement with the armed forces, some have instead blamed internal divisions with the TTP for the delay --

Jamaat-e-Islami’s leader Professor Ibrahim, who is a member of the Taliban-proposed negotiating team, told reporters, “There is a deadlock-like situation in talks between the government and Tehreek-e-Taliban Pakistan (TTP).”

Ibrahim admitted that the army was harbouring deep resentment toward the government since it ordered the release of several Taliban prisoners as part of a good faith move to spur on peace talks.

However, another negotiator, Maulana Samiul Haq denied such statement blaming instead the delay on petty disagreements which will soon be resolved. He stressed he’d hoped talks would soon resume.

As for Nawaz’s government, it formally denied any deadlock-like situation with the Taliban.
Pakistan Interior Minister Chaudhry Nisar Ali Khan declared, “There is no deadlock in the peace dialogue with the Taliban.” The remarks came following media reports that mistrust has been a main hurdle in the talks.

The Taliban has not yet extended the ceasefire which expired on April 10 over lack of progress in the talks and the delayed release of additional prisoners.

Spokesman for the Tehrik-e-Taliban Pakistan, Shahidullah Shahid has said that since the government has neither confirmed it would release non-combatant prisoners nor agree to allocate the group a secure place in South Waziristan talks had therefore halted.

Sources in government have alleged the state is about to announce the release of a dozen Taliban prisoners in the coming days as to push the dialogue process.

It is believed the government already released 19 Mehsud tribesmen, all affiliated with the TTP.

The interior minister told media in Islamabad that the next meeting between the Taliban and the government would be held in the next few days.

He also dispelled reports of disagreement in between the civilian and the military leadership.

Several G=government officials have noted that the Taliban and other militant groups have kidnapped high profile personalities including the son of former Prime Minister Yusuf Raza Gilani, the son of former Governor Salman Taseer and former Vice-Chancellor of Islamia College University of Peshawar, Prof. Ajmal for ransom.

They also claimed the Taliban wants to secure the release of its members in exchange for the abducted dignitaries, stressing that it was the government’s refusal to comply which had caused delays.

Moreover, a minister announced the government will seek a national consensus to determine what action to take against the Taliban should talks fail.

Finance Minister Ishaq Dar declared, “Should the talks fail then other actions will have to be determined and implemented. The whole nation would have to fully back the government.”
Statement given by opposition also indicates that there are indeed differences of opinions in the between government and the military in regards to the Taliban’s calls for the release of its militants.

Opposition Leader in the National Assembly, Khursheed Shah expressed concern over such situation. He said, “The government had not demanded the release of Yousaf Raza Gilani and Salman Taseer’s sons during the dialogue process with the Taliban.”

In a statement, Khursheed Shah also expressed sorrow over the government’s approach t during the dialogue process, noting that despite having fully agreed to support the Cabinet in its attempt at peace, officials had portrayed members of the opposition as antagonistic.

But differences of opinion within the TTP have also surfaced.

Media reported recently that fighting between two factions of TTP in South Waziristan and other areas led to the death of over 40 militants in the past three weeks. Several Taliban’s commanders admitted that such violence was due to severe rift between supporters of late Hakimullah Mehsud and late Wali ur Rehman.

Spokesman of the TTP Hakimullah Mehsud group, Haji Daud said that Khan Saeed Sajna who is leading Wali ur Rehman group wanted to seize control of South Waziristan while supporters of Hakimullah were opposed to such move.
Share It :
Related Stories 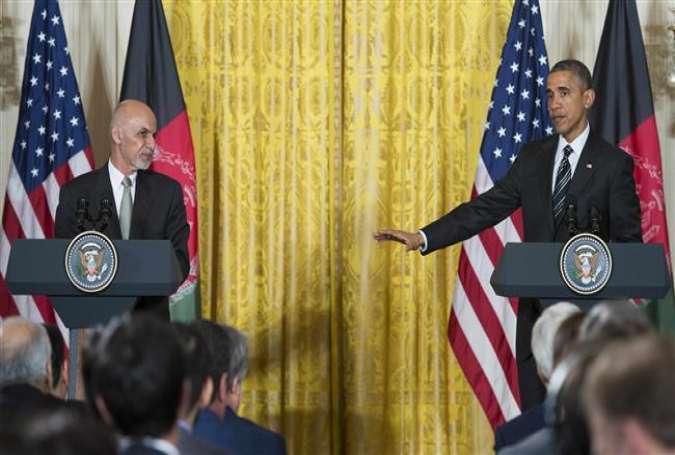