Yehya al-Sinwar, a released prisoner and a Hamas leader, in an interview with Islam Times:

Story Code : 108211
Islam Times - The released prisoner and the leader of the Qassam Brigades, the armed wing of Hamas, Yehya al-Sinwar, after entering the Gaza Strip and being released from the Zionist prisons on Tuesday, said that the resistance against the Zionist enemy will continue until releasing all the Palestinians from the prisoners.
Islam Times: Al-Sinwar in an interview with Islam Times correspondent in Gaza stressed that “The issue of the Palestinian prisoners, especially those who are serving long-term prison sentences, will remain the priorities of the Palestinian resistance, especially al-Qassam Brigades”.

Al-Sinwar warmly thanked all the Palestinian factions that participated in the operation that led to Shalit’s capture, and praised the resistance’s loyalty to the hero prisoners.

Previously, al-Sinwar was arrested several times, and in 1988 he was detained under an administrative detention after the occupation failed to obtain any information from him about the nature of his work.
Share It :
Related Stories 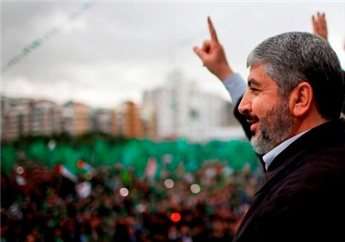