Story Code : 805272
Islam Times - US President Donald Trump's immigration policies have been extremely divisive and has led to rising social tensions across the country, says an American political analyst in Virginia.
“Within the United States right now, immigration is one of these very divisive issues,” said Keith Preston, chief editor of AttacktheSystem.com.

“In American politics, there will always be occasionally some very divisive issue that emerges in which people have very emotionally-held beliefs,” Preston told Press TV on Sunday.

“It appears that this issue is now escalating and becoming more intense,” he added.

A 69-year-old man armed with a rifle threw incendiary devices at an immigration jail in Washington state early on Saturday morning, then was found dead after four police officers arrived and opened fire, authorities said.

A friend of the dead man said she thought he wanted to provoke a fatal conflict, the Seattle Times reported, and described him as an anarchist and anti-fascist.

Immigration has been the subject of a divisive political battle in the US, which has struggled for more than a year with a migration crisis on its southern border with Mexico.

Many Americans oppose immigration and believe that immigrants bring crime and steal good jobs, while others are sympathetic to immigrants and recognize that the US is an aging nation of low birthrate and needs immigration to make its economy and population grow.

Thousands of protesters staged rallies across the United States on Friday to protest Trump’s immigration policies.

Trump has made his hard-line stance on immigration an integral part of his presidency and has promised to build a wall along the US-Mexican border to curb the flow of migrants from Mexico and Central America.

The Trump administration has sought to curb the flow of undocumented migrants and limiting legal immigration, and replace it with a merit-based system.

Many undocumented migrants crossing illegally into the US are asylum seekers fleeing violence and poverty in Honduras, Guatemala and El Salvador.

The treatment of migrants in the detention centers, particularly child migrants, has come under fire in recent months, with reports emerging of filthy conditions and cruelty from staff.

Last week, the UN High Commissioner for Human Rights, Michelle Bachelet, said she is “deeply shocked” at the conditions in which the US government is keeping detained migrants and refugees, including children. 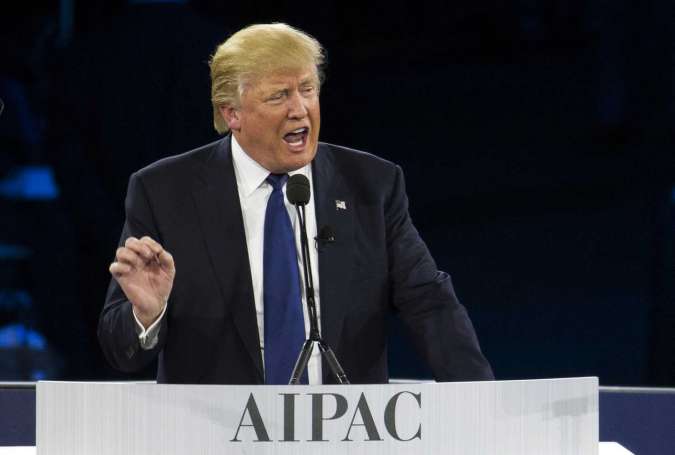