Story Code : 811256
Islam Times - Amid tensions in the Persian Gulf between Iran and Washington and the Washington's attempts to build an anti-Tehran coalition on the international stage, after a visit to Russia of Iran’s Navy commander Rear Admiral Hussein Khanzadi, Tehran and Moscow announced a military pact without referring to the details, unleashing media speculations about its goals and aspects.
As the foreign-backed war erupted in Syria in 2011, Iran and Russia embarked on expanded military cooperation. The recent agreement to launch joint military drills in the Indian Ocean and the Persian Gulf in the nuclear future can mark a new juncture in the countries’ military and political collaboration. Alwaght has talked to Shoeib Bahman, an Iranian expert of Russian affairs, for an accurate picture of the aspects of the new cooperation accord.

Asked how he assessed the current military ties between Russia and Iran and what changes should be expected after the pact, Mr Bahman said that the Russian-Iranian military cooperation is not a new case and even has its roots in the years before the fall of the Soviet Union. In the recent years, he continued, Iran has been a purchaser of the Russian arms, getting part of its arms from Moscow. Over the past decades, Iran has been under the Western sanctions, particularly the US, making Tehran head to Russia for weapons supplies. On the other side, Russians over the past years have pursued their arms trade very seriously, looking at Iran as a suitable market.

“But bilateral ties did not stop to weapons deals. Rather, they grew fast to include various fields. They looked at the fight against terrorism as an area of cooperation and a joint aim. Fighting terrorism in Syria stood as a base for first-time wide-ranging cooperation in military and intelligence areas in the history of the two nations. A successful partnership in Syria motivated the two parties to think expanding their ties in other areas. Signing the new military document falls under this cooperation.”

Mr Bahman was asked about the reasons driving towards this agreement. He replied that over the past few years, Iran and Russia faced relatively common challenges. For example, he noted, terrorism posed risks to two of them. Besides, Western destabilizing moves in their vicinity raised a common feeling of threat in Moscow and Tehran. Developments in Caucasus, West Asia, and Central Asia are indicative of Western and American efforts for influence gain. Such threats built the ground for Russian-Iranian cooperation.

“So, the common threats are one of the driving force behind the two sides’ military pact. Additionally, the two countries share views on some regional and international cases.”

Commenting on the reasons why Iran decided to cooperate with Russia in the Persian Gulf, Mr Bahman said that while the US and Britain are working hard to set up a military alliance in the Persian Gulf and talk about forces amassment in the region, it should be taken into consideration that Iran has various options in response.

“Even though over the past years Iran has been a marked pro-stability force in the Persian Gulf region and it can be the same now and then, the cooperation with a power like Russia can send a clear message to the West, mainly Washington and London.”

The joint naval drills in the Persian Gulf, according to the Iranian analyst, can carry a serious message to West, warning them about the militarization of the region and intervention in the regional security order. “In fact, Iran wants to make it clear that if the West moves to further meddling in the region, Tehran has diverse options, among them introducing cooperation with Moscow in the region.

Asked about how he saw the influence of this pact on the two sides’ relationship, the Persian Gulf developments, and the future conditions in West Asia, Bahman said that under the new partnership in the Persian Gulf, the two states will see broader and more constant relations. Military and security ties can be expanded to cover other regional cases. 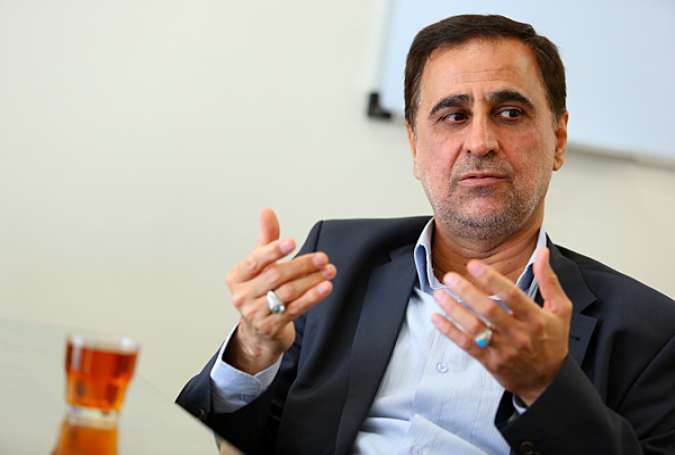