Interviewed by Zahra Mirzafarjouyan
Story Code : 930611
Islam Times - Stating that the US was too cautious and should have simply rejoined the JCPOA on the understanding that Iran would come back into compliance, Prof. Frank von Hippel believes Netanyahu would like a war between the US and Iran.
Veteran Democratic politician Joe Biden, who served as vice president for eight years under President Barack Obama, won the presidential election on November 3, 2020, with more than 81 million votes. Biden, who officially entered the White House on January 20 after a controversial transfer of power, reached the 100th day of his presidency on Friday, April 30.

During his election campaigns, he announced that the US will return to the JCPOA if he elected as the US President but more than 100 days after taking office, the US has not still returned to the deal.

On the other hand, we see that the Saudi Crown Prince Bin Salman, who previously had a hostile attitude towards Iran, in an interview with Al-Arabiya, said that Iran is a neighbor of Saudi Arabia and hopes that his country can have good relations with it.

Many believe that the Saudi Crown Prince's remarks about Iran and Yemen show significant changes in Saudi Arabia's hostile policies over the years. As long as Trump was in office, Bin Salman thought he could impose his demands on Iran. But with Trump's departure from the White House and the arrival of Biden and his approach to issues such as the JCPOA and Yemen, it is natural that the situation has changed and Riyadh can not rely on the one-sided policies of the US President.

To know more about these issues, Iranian News Agency reached out to Professor Frank von Hippel, an American theoretical physicist, and a Professor of Public and International Affairs at Princeton University.

Following is the text of the interview with him:

As you know, the Vienna talks are underway. Iran wants the lifting of all sanctions and then verifying them in order to return to the JCPOA commitments. While the US administration does not seem to intend to lift all sanctions. Given these differences, how do you see the prospects for these negotiations?

I am worried. Last week, negotiators from both sides (Iran and the US) were optimistic. This week there is very little news. I am also impatient to get the negotiations done and the JCPOA back into force.

Iran’s Presidential election in June is only a month away. Perhaps this is already complicating the situation for Iran’s negotiators.

Biden had promised in his election campaign that he would return to the JCPOA. But we see that more than 100 days after taking office, the US has not still returned to the deal. What is the reason for this and why has he eroded the negotiations?

I believe that the Biden Administration was too cautious and should have simply rejoined the JCPOA on the understanding that Iran would come back into compliance. But there has understandably been mutual distrust ever since the US and UK organized the overthrow of Iran’s elected government in 1953 and then the taking hostage of US diplomats by Iranians  in 1979-1981. Also, many in the US Congress worry about Iran’s support of Hezbollah and  Syria with the result that a majority in Congress are not supportive of the JCPOA.

According to some, Biden intends to influence the upcoming Iranian presidential election by eroding the negotiations. what is your opinion?

The JCPOA is in the interests of both Iran and the United States. On the Iranian side, it is the Rouhani Administration that negotiated the JCPOA and remains committed to it. It is quite possible that the next Administration elected in Iran will not be supportive of the JCPOA. This is one reason why I think the Biden Administration should have moved faster to rejoin.

How do you assess the impact of Israel on the erosive process of the US return to the JCPOA?

Prime Minister Netanyahu has tried to sabotage the JCPOA since negotiations began in 2013. I believe Netanyahu would like to see a war between the US and Iran. I also believe that Israel’s security establishment disagrees with Netanyahu and thinks that the JCPOA is in Israel’s interest. Trump sided with Netanyahu.  Obama and Biden have opposed him but there is no doubt that Netanyahu got a step closer to the war he wants when Iran responded to Israel’s sabotage at Natanz by beginning to enrich to 60%.

Bin Salman has recently retreated from his previous stance on Iran in a clear turn and welcomed interaction with Iran. What is the reason for the change in the Saudi prince's position?

I believe that it was in response to Biden’s clear signal that he wants to reduce the US role as the policeman of the Middle East. This means that Saudi Arabia will have to deal with its problems with Iran more directly and not through the US.

If the shift in Saudi positions towards Iran is serious, it would also affect the relations of other Arab countries in the Persian Gulf and improve their relations with Iran. In that case, wouldn't it be a blow to Israeli policy in the region?

Perhaps Israel too will have to try diplomacy with Iran rather than hide behind the US.

How do you evaluate the recent visits of the Iranian Foreign Minister to the Arab countries of the region in order to strengthen diplomacy and resolve disputes?

Very constructive.  Much better for everyone than war.

Biden called for an end to the war in Yemen. But after a few months, we are still witnessing the continuation of Saudi attacks on the Yemeni people. What is the reason for Biden's inaction towards Saudi Arabia?

My understanding is that the US no longer supplies bombs and missiles for the Saudi bombing of Yemen or refuels the aircraft that do the bombing. US contractors still maintain Saudi aircraft because they would be required for Saudi Arabia to defend itself.  But those same aircraft continue their offensive missions against Yemen. So, it would be correct to say that Biden Administration has partially but not completely withdrawn US support of Saudi Arabia’s war in Yemen. This is obviously not satisfactory. Neither, unfortunately, is the internal civil war in Yemen.
Source : MNA
Share It :
Related Stories 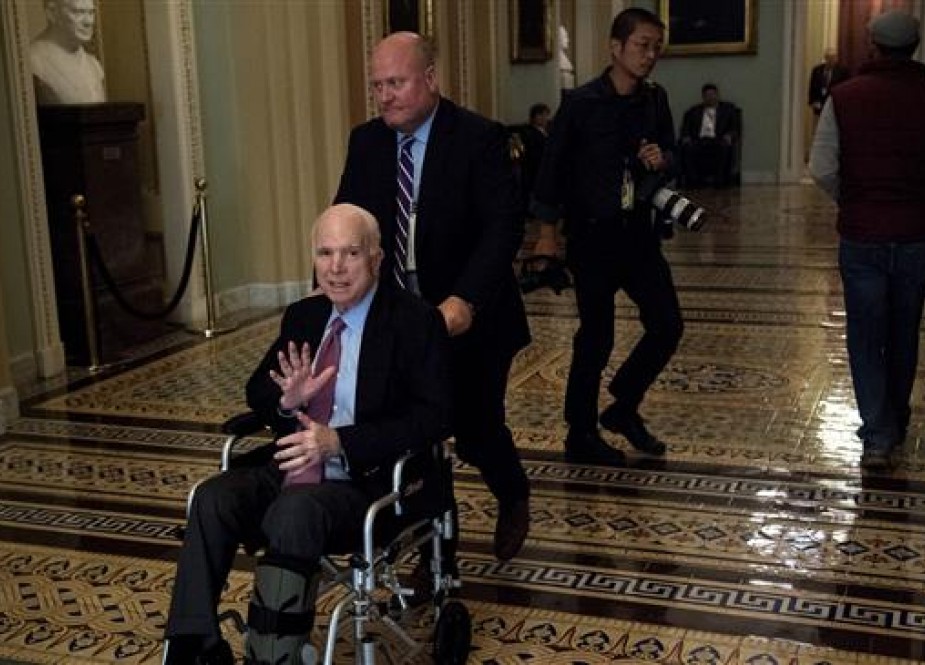