Raisi: The Brave Iranian People Won’t Allow the Enemies to Control Their Country

Story Code : 1016903
Islam Times - Iranian President Sayyed Ebrahim Raisi underlined that “The brave Iranian people have thwarted the enemies’ plots and won’t allow them to take control of their country.”
In a speech he delivered marking Iran’s National Firefighters’ Day in Tehran on Thursday evening, Raisi went on to say that: “The enemies have been moving forward in their miscalculation to fight the Islamic Iran over the past 43 years. They imagine that Iran is like some weak countries that submit to their dominance, but Iran instead is the land of the brave and powerful people who don’t allow the enemy to seize control of this nation and the prominent achievements of its people through their conspiracies, ploys, and discord.” 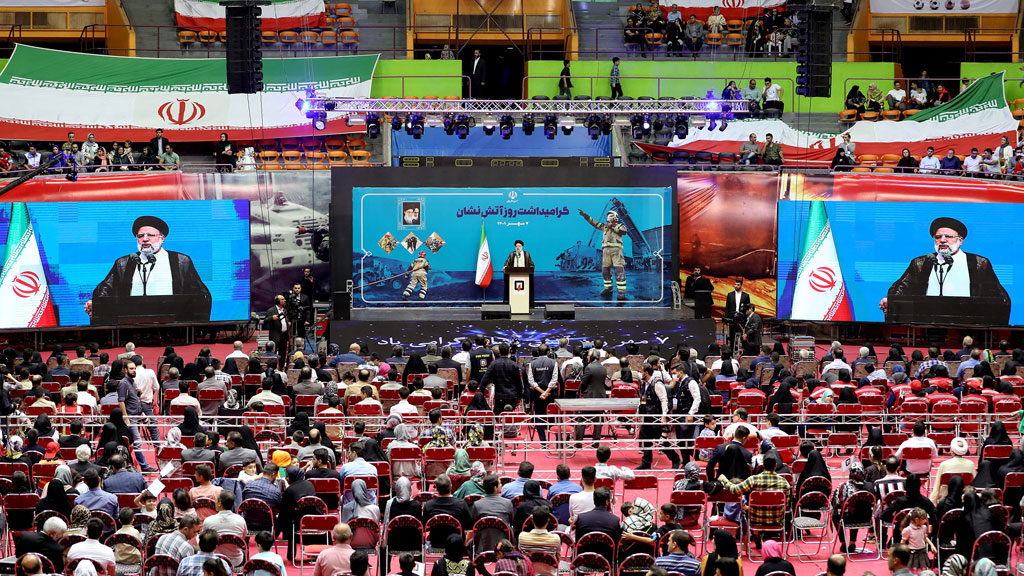 “Our people have thwarted the enemies’ conspiracies as they did previously. The enemies must learn that they won’t succeed in front of this people who will always strongly defend their nation and regime,” Raisi also said.

US Has No Right to Comment on Human Rights: Tehran

UAE Embassy Hosts Ben Gvir Despite Earlier Warning Against Him

Lavrov: Europe Building Security Not with Russia, But Against It

Russia Calls on Turkey to Honor its Obligations in Syria’s Idlib: Diplomat

Syria’s Moderate Dealing with Possible Turkish Operation in the North