Senior Hamas leader Ismail Haniya
Story Code : 102
Senior Hamas official Ismail Haniya explains why the Israeli offensive into Gaza was a failure for Tel Aviv and a victory for Palestinians.
In a televised speech broadcast on Hamas television on Sunday, Ismail Haniya said Tel Aviv had failed to achieve its goals in its war on Gazans, suggesting that it was therefore the Palestinians who were victorious for having been able to counter the Israeli aggression.

"God has granted us a great victory, not for one faction, or party, or area, but for our entire people," Haniya said.

The democratically-elected Palestinian leader added, "Despite all the wounds, our people didn't surrender, but demonstrated a legendary perseverance."

"We have stopped the aggression and the enemy has failed to achieve any of its goals."

"We are stressing the need for the Israeli army withdrawal from the [Gaza] Strip -- complete and unconditional withdrawal, and the opening of the crossings, and ending the siege," he continued.

Hamas announced an immediate ceasefire in the Gaza Strip on Sunday and gave Israel, which had already declared a unilateral truce, one week to pull its troops out of the territory following the war that lasted over three weeks.

Tel Aviv waged "all-out war" against the Gaza Strip on December 27, in what it described as a bid to stop the Palestinian retaliatory rocket attacks on Israeli towns and to topple the democratically-elected Hamas government.

Israeli air, ground and naval operations left at least 1,300 Palestinians dead, including 411 children, and 6,000 others wounded in the besieged territory.

Outgoing Israeli Prime Minister Ehud Olmert said after a security cabinet meeting on Saturday that Israel had "won", claiming that the Israeli military objectives were "obtained in full".

The Israeli media, however, is of a different view. According to Israeli daily Ha'aretz, Tel Aviv declared victory without succeeding to halt rocket fire from Gaza and without returning captured Israeli soldier Gilad Shalit.

Debkafile has also cited "security sources" as revealing that the Israeli military has leveled strong criticism at Tel Aviv for ending the war without achieving the primary goals sought by the government.

Debkafile is widely believed to have links with Israeli military and intelligence sources.

Some officials in Tel Aviv had originally described toppling the democratically-elected ruler of the strip, Hamas, as their objective in the operations. Other officials later downgraded Israeli objectives, saying they only seek to weaken the Hamas movement and end rocket attacks on their communities.

It remains unclear which goal the Israelis have managed to reach.
Source : www.presstv.ir
Share It :
Related Stories 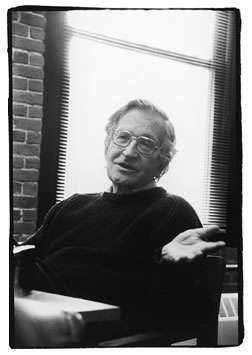 "Exterminate all the Brutes": Gaza 2009
On Saturday December 27, the latest US-Israeli attack on helpless Palestinians was launched. The attack had been meticulously planned, for over 6 months according to the Israeli press.
The Plot Against Gaza
Protests in Russia over Putin's victory in presidential vote
Docs Show US Wanted to Rig Election in Ecuador to Prevent Left-Wing Victory
The Media Elites Feel That Shiver Up The Spine — And It's Not Victory
Syria Vows Cooperation with Iraq to Eliminate ISIS after Mosul Victory
How Did Syrian "Comrades in Arms" Contribute to Hezbollah 2006 Victory?
Sheikh Qassem: ISIL Violates Axioms of Islam, Hezbollah Will Fight till Victory
Comment
Related files