“Terrorist groups, including al-Qaeda, are behind the recent terror strikes in Syria… There is completely proved evidence that armed groups [in Syria] include mercenaries from Libya and other Arab countries,” he said.

Gatilov painted a bleak picture of Syria's future, saying, “This gives little hope for an early start of talks,” adding that the standoff will be hard to break unless Western and Arab nations take a harder line with opposition groups.

He went on to say that the continued foreign assistance to Syrian armed groups compels Moscow to stand by its traditional ally in its time of trouble.

Earlier in the day, Russia's UN ambassador warned Kosovo against allowing Syrian militants to be trained on its territory.

Ambassador Vitaly Churkin censured Kosovo over what he called the “disturbing information” that Kosovo has been “establishing contacts with the Syrian opposition to train insurgents.”

Syria has been experiencing unrest since mid-March 2011. While the West and the Syrian opposition say the government is responsible for the killings, Damascus blames “outlaws, saboteurs and armed terrorist groups” for the unrest, insisting that it is being orchestrated from abroad.

Meanwhile, UN observers continue to monitor a ceasefire, which has officially been in effect for more than three weeks.

The ceasefire is part of a six-point peace plan presented by UN-Arab League envoy Kofi Annan in March.

The first group of UN observers arrived in Damascus on April 15 in line with UN Security Council Resolution 2042, which had been approved on the previous day.

On April 21, the Security Council met and unanimously approved Resolution 2043, which ratified a proposal to send a mission of 300 observers to Syria.
Share It :
Related Stories 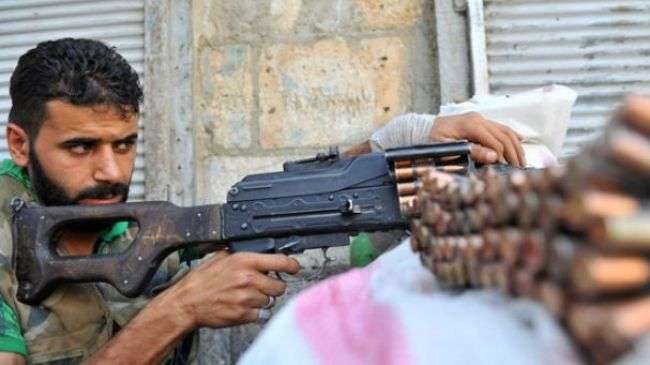