Story Code : 164929
Islam Times - The representatives of the five permanent members of the UN Security Council plus Germany (P5+1) have proposed a new package to Iran, a European Union (EU) spokesman said.
Michael Mann, a spokesman for EU foreign policy chief Catherine Ashton, said Wednesday that the P5+1 put forward a set of new proposals to Tehran. Iran has not confirmed receiving the package yet.

The package “aims to address the international community’s concerns about the Iranian nuclear program. We always said that Iran is permitted to have a peaceful nuclear program,” he said.

The spokesman said that he cannot give further details about the package at this point of time.

Iran and the P5+1 -- China, Russia, Britain, France, and the US plus Germany -- wrapped up the first session of talks in the Iraqi capital on Wednesday.

An informed source said the negotiations will continue on Thursday.

Mann expressed hope that the Iranian side react positively to the new proposals.

“We’re not expecting a final deal today. This is a process. This is the second round. There will hopefully be the third round soon and we can make gradual progress,” the spokesman concluded.
Share It :
Related Stories 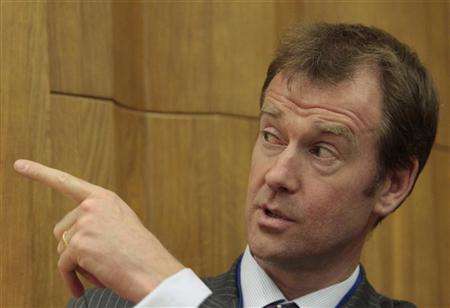 EU to Lift Iran Sanctions in December or January: Ashton Spokesman
Islam Times - A European Union official said that the bloc could lift sanctions imposed against Iran in December or in January as a part of a nuclear ...
P5+1 has to decide between agreement with Iran or coercion against it: Zarif
P5+1 had more realistic approach in Almaty talks: Iranian official
P5+1 has not offered new proposal: Iranian source
P5+1 to offer Iran easing sanctions: report
P5+1 in unison for diplomatic solution to Iran N-issue: Ashton
P5+1 in unison for diplomatic solution to Iran N-issue: Ashton
P5+1 in unison for diplomatic solution to Iran N-issue: Ashton
Comment
Pyongyang Uses Diplomacy to Advance Nuclear Programme: US National Intelligence Officer
Iraq’s Nujaba Warns against Terrorists’ Attack on Najaf, Karbala
Over 100 NGOs Urge Bahraini King to Release Rights Defender Abdul-Hadi Al-Khawaja
UN: Violence in Sudan’s Darfur Killed 250, Displaced 100,000
At Least 27 Palestinians Injured in Gaza Explosion
Trump’s 2nd Impeachment Trial to Commence Week of February 8
Russia to Respond in Kind to US Embassy’s Attempts to 'Cover' Unsanctioned Rallies
Syria Calls on UN to Condemn Israeli Raids
UN Urged to Take Action to Prevent Imminent Humanitarian Crisis in Yemen
NYT: Trump, DOJ Attorney Had Plan to Replace His Acting AG, Undo Georgia Election Result
More US Troops on Syria’s Ground?!
Syria Condemns US ‘Systematic Looting’ of Its Resources, Oil in NE, Calls for Immediate Withdrawal of Occupation Forces
Biden Fires Trump’s White House Chief Usher
US and Zionist Regime are Behind the Denial of Justice that is Being Done to Sheikh Zakzaki and the Islamic Movement
US Military Apache Crashes in Syria’s Hasakah - Report
US Return to JCPOA Should Not Couple with Preconditions for Iran: Russia
Qatar Calls on Persian Gulf states to Engage in Talks with Iran
Maduro Hails Trump’s Departure: He Left Alone, This Is Our Triumph!
“Israeli” Navy Prepares for Confrontation against Hezbollah, Hamas
Iran Blocks Saudi, UAE From Joining UN Disarmament Talks
Featured Stories