Story Code : 169497
Islam Times - Prosecutors have issued a warrant for the spokesman of the far-right Golden Dawn party after he threw a glass of water and repeatedly hit a left-wing opponent during a live TV debate.
Ilias Kasidiaris, was debating with two female politicians on a chat show when he suddenly threw a glass of water at one of them. When the other intervened he slapped her three times.

Kasidiaris is said to have been locked in a room after the outburst, but broke down a door and escaped.

Golden Dawn won 21 seats, in the parliamentary elections on 6 May. It has been accused of a racist stance and violent attacks against immigrants in Athens.
Share It :
Related Stories 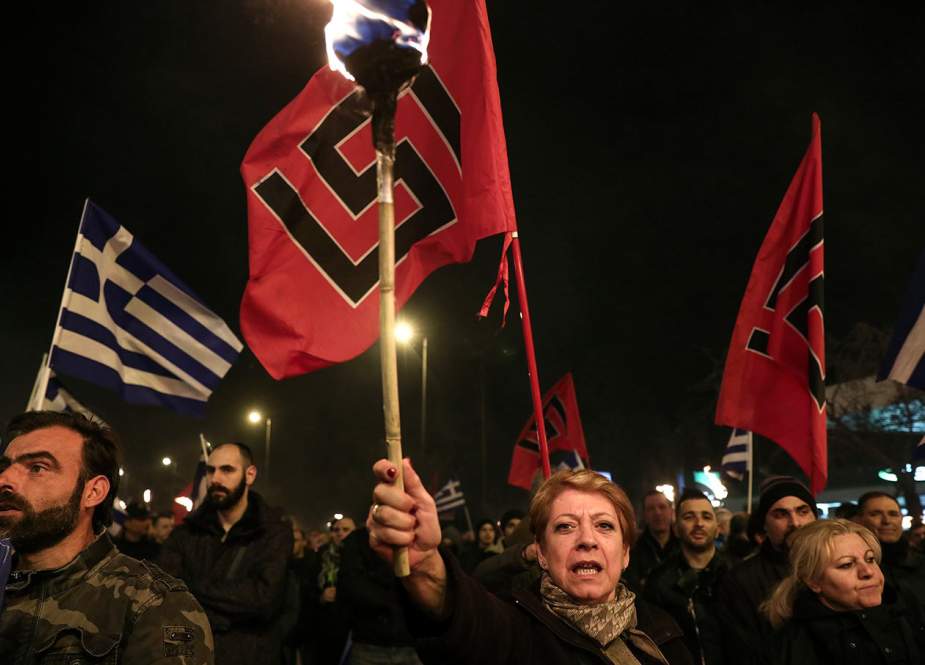