Story Code : 195646
Islam Times - Syrian President Bashar al-Assad and the UN-Arab League Joint Special Representative for Syria Lakhdar Brahimi have met in Damascus as part of a new diplomatic campaign to resolve the Syrian crisis.
“We spoke and I think President Assad realizes more than me the dimensions of the crisis and its gravity,” Brahimi told reporters after the Saturday meeting with Assad.

“[The] Syrian crisis is very dangerous and it's exacerbated and poses a danger on the Syrian people, the region and the world,” he added.

Brahimi said he pledged Assad that he will consider all the ideas and possibilities to help end the ordeal for the Syrian nation.


The top envoy pointed out that no clear plan has been delineated so far, however, he will continue negotiations with all the Syrian officials as well as all the interested parties and countries to help break the stalemate.

Brahimi noted that he will soon have another visit to Syria to continue “talks and work.”

The UN-Arab League envoy arrived in Syria on Tuesday on his first visit to the crisis-hit country since his appointment in mid-August.

Brahimi replaced Kofi Annan, whose six-point peace plan for Syria was launched in February 2012 and meant to enforce a cease-fire across the country.

But the plan practically failed and the former UN chief eventually resigned on August 2, 2012.

Syria has been the scene of deadly unrest since mid-March, 2011, and many people, including large numbers of army and security personnel, have been killed in the violence.

Damascus blames ‘outlaws, saboteurs, and armed terrorists’ for the unrest while the opposition accuses the security forces of being behind the violence.
Share It :
Related Stories 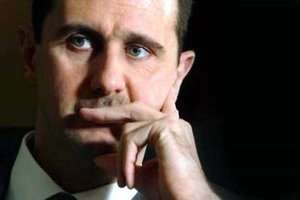