Jordan’s King Abdullah: “The New Taliban Are In Syria”

Story Code : 235068
Islam Times - Jordan's King Abdullah warned today that those who think the Syrian regime of Bashar al-Assad will fall in weeks don't know the situation on the ground.
He expects Assad will hold on for at least the first half of 2013. And he cautioned that even if that government falls and is replaced by a strong and effective new administration (which is doubtful) it could take years clean out the jihadists that have established themselves inside Syria's war-torn territory. Al Qaeda has established itself there, he said, and, "The new Taliban we are going to have to deal with are in Syria."

Abdullah was speaking to the World Economic Forum annual summit in Davos, Switzerland, where he and his wife, Queen Rania, are familiar faces. And the tone of his remarks resembled a frank, sometimes almost brutally frank, exchange with friends. But where Syria was concerned, it also reflected a growing consensus on the ground and among that country's neighbors that the civil war, which began almost two years ago, is not going to end any time soon.

Indeed, although nobody quite wants to say it out loud and on the record, there are many signs that governments in the region and the international community are adjusting to the idea that civil war in Syria is a sort of ‘new normal’.

Behind the scenes at Davos, leaders of the Syrian civilian opposition coalition formed in Qatar in November are doing their best to mobilize international support, but thus far appear to have garnered very little. One of them privately asked a prominent Arab journalist at Davos, "Why do the Americans ask us what we want if they are never going to give it to us?"

International aid agencies meanwhile are preparing for the long haul. Ertharin Cousin, executive director of the United Nations World Food Program, told The Daily Beast on Friday morning that since September the agency has been feeding 1.5 million Syrians and is getting ready to feed as many as 2.5 million, which would be well over 10 percent of the nation's population.

Cousin said that the WPF, taking the lead for UN agencies working inside Syria, has been able to distribute food in government-controlled, rebel -controlled and contested areas, and is now distributing blankets in some places as well. They have worked mainly through the Syrian Arab Red Crescent, whose leadership is sometimes depicted as close to the Assad government, but whose volunteers in the field try hard to serve their local communities, according to Cousin. Recently the Assad regime also provided the UN with a list of 110 nongovernmental agencies that might help in the expanded feeding program, 23 of which will probably be deemed neutral enough to participate with the WPF.

According to Cousin, UN agencies have developed a very "granular" picture of what's going in an increasingly stalemated conflict. "It's becoming almost impossible for people to remain in southern Syria," according to Andrew Harper, who represents the United Nations High Commissioner for Refugees in Jordan, where some 30,000 Syrians have fled this month alone. King Abdullah, in his talk today, said some 300,000 Syrians have sought refuge in his country over the last two years.

Yet, far from panicking over this influx, the Jordanian monarch may actually have turned it to its advantage. Fear of the kind of carnage that exists across the border in Syria and the continuing unrest next door in Egypt is one of the factors that encouraged 56 percent of eligible Jordanians to turn out for parliamentary elections this week, even though Jordan's government is still a far cry from what Europeans would consider a constitutional monarchy.

Only a few months ago, the main opposition group in Jordan, the Muslim Brotherhood, was supremely confident. An Egyptian Brother, Mohammed Morsi, had won the presidency in Cairo. Syrian Brothers came to dominate the coalitions cobbled together outside Syria to oppose Assad. So the Jordanian Brotherhood called for a boycott this week's elections. But few Jordanians listened. King Abdullah told his audience in Switzerland on Friday that he believes the Muslim Brotherhood in Jordan has "the weakest standing" of any of the Brotherhood's parties in the Middle East.
Share It :
Related Stories 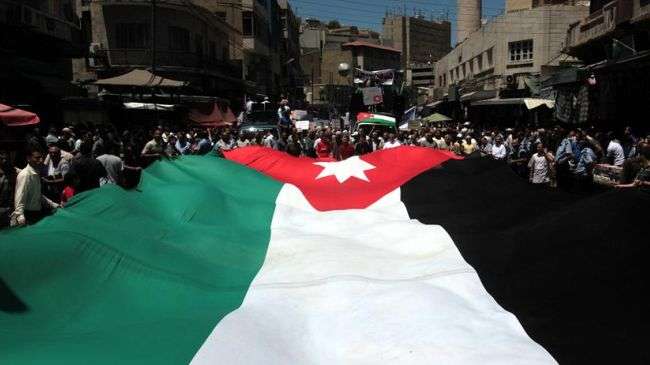