Story Code : 240285
Islam Times - Hezbollah Secretary General Sayyed Hasan Nasrallah said the resistance in Lebanon is fully equipped and will not tolerate any attack that might take place against Lebanon.
In a televised speech during a ceremony in commemoration of Hezbollah’s martyred leaders, Sayyed Nasrallah warned the Zionist entity and its allies that the Islamic resistance in Lebanon will not tolerate any attack against the Lebanese territory, assuring that Hezbollah is fully-equipped “and everything we need is found in Lebanon, we don't need to transfer it neither from Syria, nor Iran.”

His eminence considered that the Israeli knows that all we are saying is serious and therefore is mobilizing all its capabilities, and pointed out that when the Israeli enemy wants to attack Lebanon, it does not look for any excuse but invents one.

“30 years on, the Resistance project stands on a solid ground of equations, achievements and victories, not just dreams ought to be true. For 30 years the resistance was one of the strongest realities that changed regional strategies,” Sayyed Nasrallah said.

In the school of martyred leaders, Sayyed Nasrallah said, the priority was the resistance because the correct diagnosis of the biggest risk points to the Israeli enemy and the Zionist project. “When we think deeply on Islamic and national levels we find that the most danger threatening the nation is "Israel", and the only logic choice is the popular resistance.”

The S.G. said Martyr Sheikh Ragheb Harb was a witness to the establishment of the resistance, leadership and decisive options, Sayyed Abbas Mousawi witnessed the stage of stability, focus and consistency in the resistance, and the martyr leader Hajj Imad Mughniyeh was a witness on the stage of quantitative and qualitative evolution as well as the stage of achievements and victories. “We chose this year’s logo ‘On the Road to Palestine’ because the forgotten Palestinian cause is our main cause and our martyrs had fallen on the road to Palestine.”

Sayyed Nasrallah swore by the blood of the martyred leaders that their sons, companions and students are stronger in their resistance and warned the Israeli enemy that the previous revenge, he pledged after the martyrdom of Moghnieh, ‘is still open.’

Concerning Al-Mustaqbal Party leader MP Saad Hariri's speech during the commemoration of his late father PM Rafik Hariri's assassination, Sayyed Nasrallah said that reducing the number of Shiite ministers was aimed at giving a chance to a reputable historical family in Lebanon, the Karami family, to take part in the political life and wasn’t a bribe as the MP had claimed.

“We reject neutralizing Hezbollah’s weapons and the abolition of the International Tribunal, in return of putting the country under the control of a specific person, this is bribery. We do not want to maintain the arms rather we want to maintain the resistance, and if the weapons of the resistance weren't to confront Israel and defend Lebanon it wouldn't be worth the sacrifice,” his eminence said.

Sayyed Nasrallah told Hariri that through the Turkish-Qatari initiative “you offered us to keep our arms in return for backing you for premiership ad we didn’t accept you to be the PM  out of national interests. We want a Lebanese PM, a premier who resides in Lebanon!”

“When we deal with (Prime Minister Najib) Miqati's government, we are sure that it will not stab the resistance in its back. Miqati and his cabinet will remain faithful to the resistance,” his eminence indicated.

On relations with PSP leader MP Walid Jumblatt, Sayyed Nasrallah said Jumblatt “has a clear stance towards the resistance but we are divided on the Syrian crisis, and we will not encourage tension in the country because of our different views on this topic.” He added that the “split over the situation in Syria doesn't mean that we want the turmoil to spill over into Lebanon.”

Hezbollah’s secretary general Nasrallah hailed the Orthodox Gathering proposal, saying: “We are convinced that it achieves better representation even if we had a priority to make Lebanon one district based on proportional representation. We agreed on the Orthodox deaf-law and we will vote if it was proposed at the parliament.”

Concerning the Bulgarian accusation for Hezbollah as being behind Burgas airport attack where Five Israeli tourists and their Bulgarian driver were killed last year, Sayyed Nasrallah rejected the accusations as baseless.

“[Israeli Prime Minister Benjamin] Netanyahu immediately blamed Hezbollah of being behind the attack... But Israel doesn’t wage a war as a reaction,” H.E said in his speech. In this regard, Sayyed Nasrallah denounced some parts who believed this claim and based their measures on it, including Lebanese parts.

The S.G. offered condolences over the martyrdom of the head of the Iranian Committee for Reconstruction of Lebanon, engineer Hussam Khoshnevis while he was on his way to Lebanon from Syria.

He also saluted the Bahraini revolution, expressing hope that the national dialogue will achieve people’s aspirations.
Share It :
Related Stories 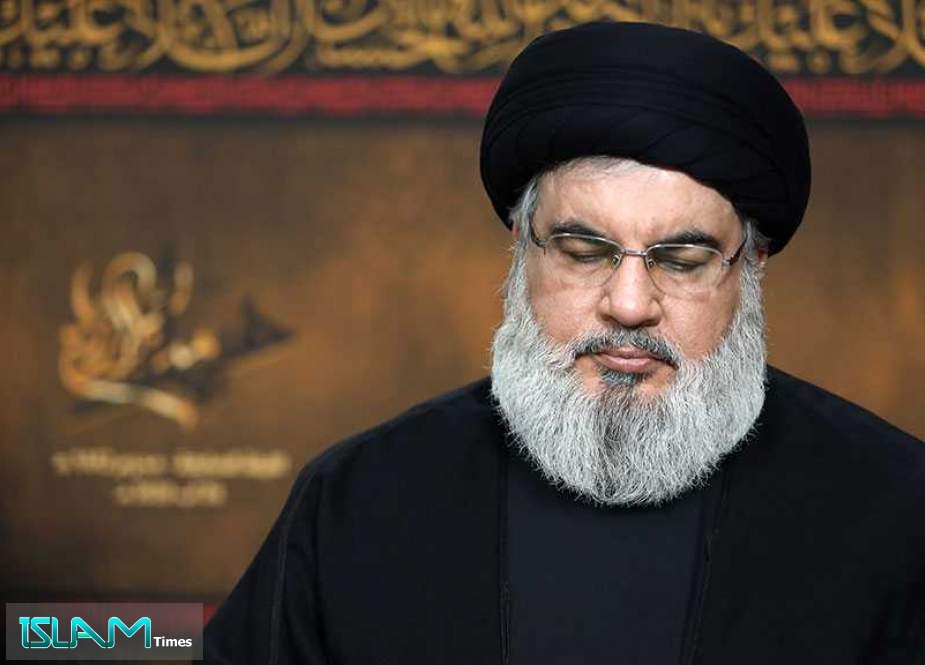