Story Code : 243857
Islam Times - The United Nations has offered to broker peace talks between the Syrian government and armed opposition to end the violence that has ravaged the country.
"The United Nations would welcome and be prepared to facilitate a dialogue between a strong and representative delegation from the opposition and a credible and empowered delegation from the Syrian government," a joint statement from the UN chief, Ban Ki-moon, and his special envoy to Syria, Lakhdar Brahimi, said on Saturday.

The statement added that such a dialogue "can take place according to an agreed agenda."

Ban and Brahimi have "both expressed deep frustration at the failure of the international community to act with unity to end the conflict which has left over 70,000 dead and resulted in a massive human displacement within and outside of the Syrian borders," it said.

On February 25, Syrian Foreign Minister Walid al-Muallem said his government is ready to hold talks with the armed opposition.

"We're ready for a dialogue with anyone who's willing for it," Muallem said, adding, "Even with those who carry arms. We are confident that reforms will come about not with the help of bloodshed but through dialogue."

Syria has been experiencing unrest since mid-March 2011. Many people, including large numbers of security personnel, have been killed in the violence.

The Syrian government says the chaos is being orchestrated from outside the country, and there are reports that a very large number of the militants are foreign nationals.
Share It :
Related Stories 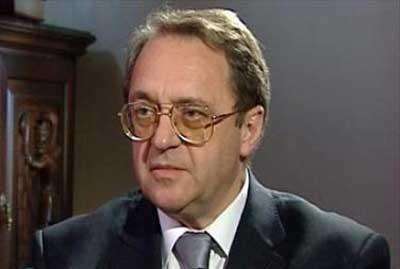