Story Code : 268249
Islam Times - Russian Deputy Foreign Minister Sergei Ryabkov says Moscow is still concerned about the deployment of US/NATO missile systems in Europe and wants more specific technical guarantees, despite Washington's latest assurance that the missiles will not be used against Russia.
In an exclusive interview with the state-run Voice of Russia radio network on Monday, Ryabkov said that the latest US proposals on missile systems are "concrete" and "serious," but Moscow still views them as insufficient.

In April, Russian Foreign Minister Sergei Lavrov said Moscow remained concerned about the plans of the United States and NATO to build an anti-missile system around Western Europe.

"We are studying the proposals conveyed by the American side to us to further deepen the dialogue on missile defense cooperation. We are studying these proposals and the current developments and plans of the United States in this field," Lavrov told reporters at a press conference at NATO headquarters in Brussels.

"We are ready for dialogue but cooperation could be only equitable with clear-cut guarantees" that the system would not be used against Russia, Lavrov said.

Ryabkov also noted that developments in the Middle East region, including the Syrian crisis, will be on the top of the agenda in the discussions when Russian President Vladimir Putin and US President Barack Obama meet on the sidelines of the G8 summit in the Lough Erne, Northern Ireland on June 17 and 18.

He went on to say that the two leaders will also review Russia-US cooperation on Afghanistan and the Middle East and devote time to other regional issues.

He also stated that the United States would like to discuss a number of other things at the talks with Russia, such as the renewal of arms reduction talks and joint efforts to resolve the crises in the Middle East.

Moscow wants Washington to scale down its use of unilateral sanctions against sovereign states and to agree that the world is now multilateral, the Russian deputy foreign minister said. 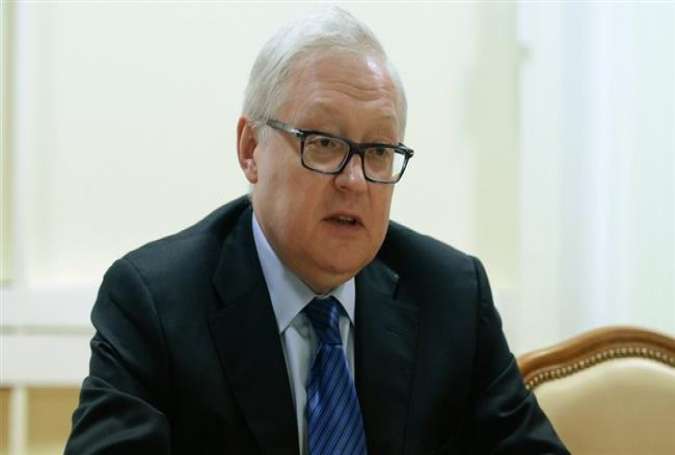