Governor of Baghdad in Al-Qaeda organization reveals details about it

Story Code : 27725
(Islam Times) - Manaf Al-Rawi is the name of Baghdad’s governor in Al-Qaeda organization in Iraq. Al-Rawi is Iraqi; he is born in 1975 Al-Anbar, married, and has children. Yet, because of his extreme thought, he separated from his wife. He was living in Al-Khadra neighborhood inside the capital Baghdad with one of his assistances, his wife know nothing about him and/or his belonging.
By: Hamza Obeid 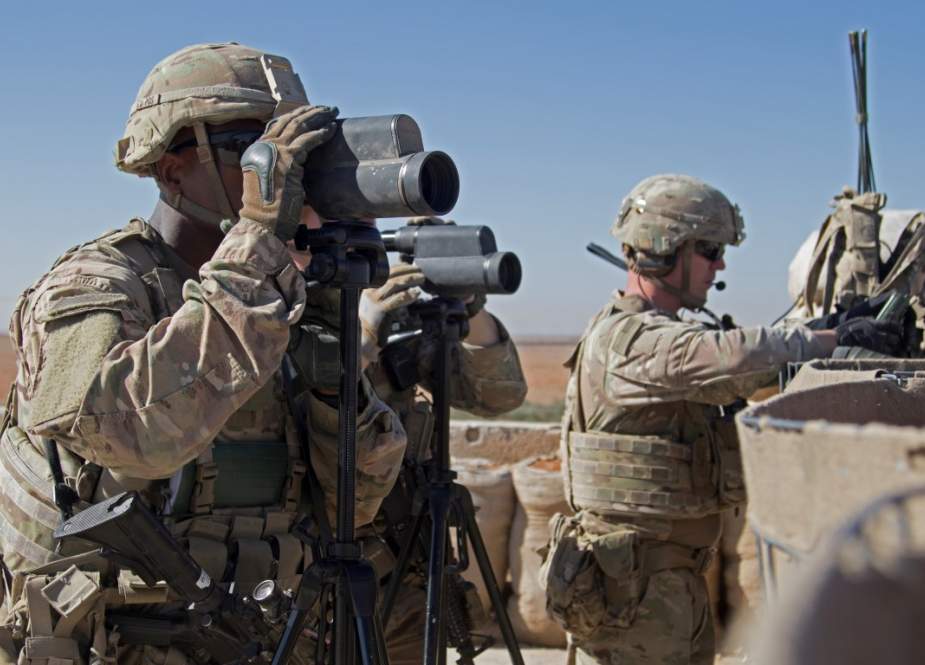 US withdrawing forces from Syria? Hold the cheers
Islam Times - I previously explained that US special forces operate in three-fourths of world countries, thousands in Syria alone.
“withdrawing of nationality is provocative and poisonous”
UAE withdrawing from Yemen because Abu Dhabi believes Saudi-led war is unwinnable
US Ripped Legal Foundation of Peace
What is drawing people to gravitate around the United States? Collective madness
ISIL Withdrawing from Kobani Outskirts
US drawing plan for 'comprehensive attack' on Iran
Israel withdrawing from Gaza cities, redeploying near border
Comment
Netanyahu Promises Direct Flights to Mecca then Changes His Mind
Security Forces Clash with Protesters in Chile

Germany Shooting Leaves 9 Dead
Iranian Candidates Conclude Campaigning for Friday Elections
Israeli Forces Arrested Palestinians in the West Bank, Including a Leader of "Hamas"
The Sham of Arab Revolutions
‘Journalism is Not a Crime’: Australian MP Says Charges Against Assange Must be Dropped after Visiting Him in UK Prison
Rouhani Congratulates Croatia’s New President
Iraq PM-Designate Calls for Confidence Vote on 24 February
Trump Names Richard Grenell as Acting Head of Intelligence
Demonstrations Held in Bahrain on Anniversary of February 14 Uprising

Creator Of BioWeapons Act Says Coronavirus Is Biological Warfare Weapon
But Would Anyone Notice? CNN Breaks ‘Report’ of Syrian Airstrikes… from 2018
6,032 Bodies Found in New Burundi Mass Graves
Ex-FBI Deputy McCabe: 'I Don't Think I Will Ever Be Free of This President, His Maniacal Rage'
Zarif's Full Interview with NBC News