Pro- and anti-Morsi protesters to hold mass rallies in Egypt

Story Code : 283256
Islam Times - Supporters and opponents of Egypt’s ousted President Mohamed Morsi have called for mass rallies across the North African country on Monday.
“The Muslim Brotherhood vows to persist in peaceful protest action until democratic legitimacy is fully restored,” the group, from which Morsi emerged, said on Sunday, DPA reported.

The group said the protesters across Egypt want Morsi, who was toppled in a military coup earlier this month, to be restored to power.

“Supporters of constitutional legitimacy are not afraid of death, and stand unarmed in liberty squares across Egypt,” said Brotherhood spokesman Gehad El-Hadad.


Meanwhile, the Egyptian opposition coalition the National Salvation Front (NSF), called on Morsi’s opponents to assemble in Cairo’s Liberation Square and outside the presidential palace.

On July 3, General Abdel Fattah al-Sisi, the head of Egypt’s army, announced that President Morsi was no longer in office. Sisi also dissolved the Egyptian constitution.

Since then, Egypt has been the scene of rival rallies and clashes between thousands of the supporters and opponents of the ousted president.

The former head of the United Nations nuclear agency and a Nobel peace laureate Mohamed ElBaradei was sworn in as interim vice president for foreign relations.

However, the Brotherhood has refused to participate in the new government. The group has vowed to keep protesting until Morsi is reinstated.

The interim leaders of Egypt’s military-backed administration say Morsi is being held in a “safe place, for his own safety,” despite calls for his release by Germany and the United States.
Share It :
Related Stories 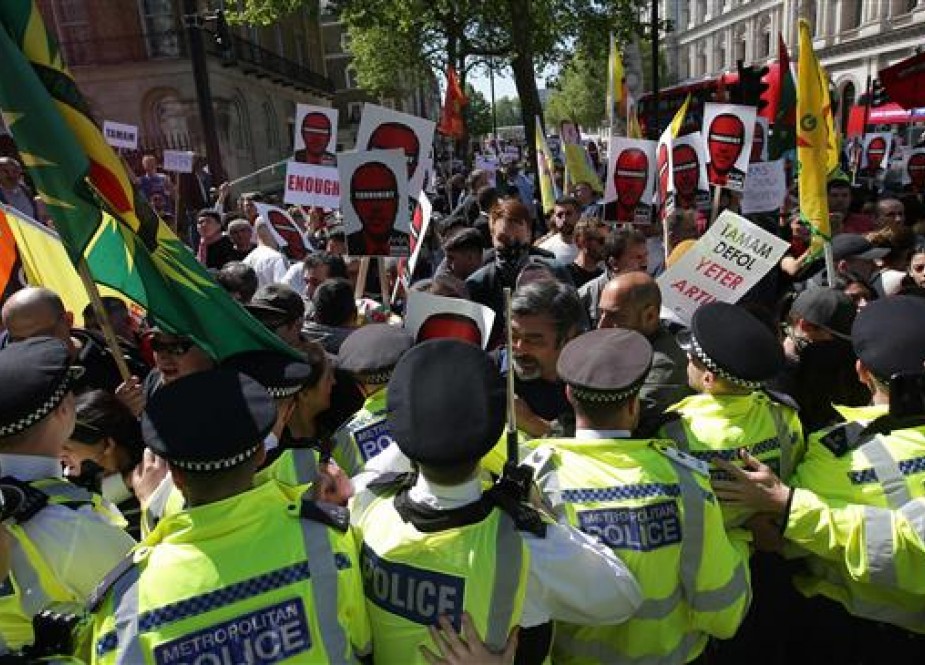