Turkey to withdraw troops from UN force in Lebanon

Story Code : 291441
Islam Times - Turkey plans to pull out troops from the UN peacekeeping mission in Lebanon UNIFIL, Turkish and UN sources said Saturday, while denying that the decision was linked to the kidnapping of two pilots.
"An approximately 250-person engineering construction force will not be actively involved in UNIFIL in the coming period," a Turkish diplomatic source told AFP on condition of anonymity.

The decision comes as two Turkish Airlines pilots are being held by kidnappers in Lebanon. They were seized early Friday on a road leading out of Beirut airport, in an apparent bid to secure the release of Lebanese pilgrims held in Syria.

The abduction drew condemnation from Turkey which urged its citizens to leave Lebanon amid mounting fears that the country is being dragged further into the Syrian conflict.

Both Turkish and UN sources said the troop withdrawal decision was made long before the kidnapping.

"On the 6th of August, we have been informed by the department of peacekeeping operations that the Turkish government decided to withdraw the Turkish engineering construction company," UNIFIL spokesperson Andrea Tenenti told AFP.

The Turkish source confirmed that the pull-out decision was made in conjunction with UNIFIL's own needs.

"The mandate of our force was extended in early July. At that time, it was also decided that there would be some changes in the configuration of our force, but the decision on this was entirely made in line with UNIFIL's own needs and it has nothing to do with the latest incident," the source said.

A previously unknown group calling itself Zuwwar Imam Ali al-Rida claimed responsibility for the abduction, saying it was carried out to secure the release of nine Lebanese kidnapped in Syria last year.

Turkey will however maintain its presence in UNIFIL with the maritime task force.

"Our units at the maritime task force whose numbers periodically vary between 100 and 300 will remain in charge," according to the Turkish diplomatic source.

The UN spokesperson described the move as a regular process.

"It's up to countries to decide on contribution, but it's important to know that this is a constant process in all peacekeeping missions, when you see troops decreasing or other countries increasing," Tenenti said.

"What's important for the mission is that our operational capabilities are not changed, and they are maintained on the ground, so that the effectiveness of the mission will not change," he added.

"UNIFIL always has adequate preparations to ensure that the operations continue without any kind of interruption."

UNIFIL was established in 1978 in south Lebanon following Israel's initial invasion of the country that year.

Its mission was extended and enlarged after Israel's war on Lebanon in 2006, with a current 13,000-strong force sourced from several countries.

Turkey is the first Muslim country to provide reinforcements for the mission, in a bid to keep the peace along the hostile border, although no UN mission sits on Israel's side of the border.

Lebanon and Israel remain technically in a state of war, with Israel having launched a number of devastating invasions and wars on the country since 1978, and despite UNIFIL's presence.
Share It :
Related Stories 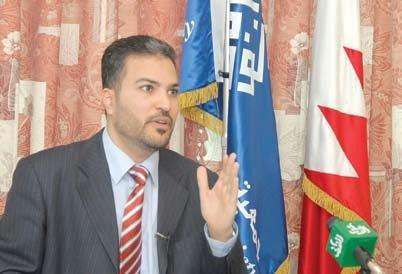 Marzouq: what Bahraini people imply without consensus can be cancelled without consensus as well
Islam Times - General Secretary of Al Wefaq, Khalil Marzouq believes that the solution for Bahrain is to ...
When is the last episode of the series of “Targeting Lebanon’s Security”?
US Chickens come home to roost
Croatian weapons found in Syria
‘Israeli’ Expert: Hezbollah Is 10 Times the Threat that Hamas Has Been with up to 200,000 Missiles
Sayyed Nasrallah: The government should take a lesson from what happened and work with a new methodology
Saudi Aggression on Yemen: 3672 Children Killed, 800 Paralyzed, 400,000 Hit with Malnutrition
The US was Named The Best Equipped Country to Deal with a Pandemic Not a Year Ago — What Happened There?
Comment
Israeli, US FMs Discuss Iran, Palestine over Phone
US Black Workers still Earning Less than Whites: Report
North Korea’s Kim Says Pyongyang Ready for Dialogue, Confrontation With US
‘Israeli’ Military Chief of Staff to Meet with Top US Officials in First Such Trip of New Gov’t Era
Ayatollah Khamenei Casts His Vote for Iran’s Presidential Election: Every Single Vote Is Definitely Important
‘Israeli’ Military Breaks Gaza Ceasefire Yet Another Time
Africa Struggling with The Pandemic as Third Wave Hits Hard
Netanyahu Ordered Papers Shredded Before Leaving Office: Report
EU Urges Members to Stay United as Ties Worsen with Russia
Ex-Aide Texts Show UK PM Calling Health Secretary ‘Totally Hopeless’
Iraqi Resistance Group: Military Option to Remain on Table until US Forces Leave Country
S-400s, F-35s, Armenian Genocide: Erdogan Urges Biden to Use Upcoming Meeting to Resolve Disputes
Bloodthirsty Saudi Regime Executes Arbitrarily Arrested Mustafa Al-Darwish
New Evidence Shows US Forces Training Terrorists in Syria
Putin: Russia Would Be Ready to Hand Over Cyber Criminals to US If Washington Reciprocates
Palestinian Authority: This Is Not a Gov’t of Change
50% of Yemen’s Facilities Out of Work Due to US-Saudi Siege: Health Ministry
Hamas Reacts to Naftali Bennett's Election as New Israeli PM
US Practices Bombing S-400 Batteries in ‘African Lion’ Drill
Ex-Biden Adviser Roasted After Saying Americans Should’ve ‘Sacrificed More’ During Pandemic
Featured Stories