Story Code : 306276
Islam Times - Al-Wefaq - Bahrain most prominent party of the opposition welcomed on Thursday US President Barack Obama's remarks on Bahrain at his UN General Assembly' speech when he called for a political solution to Bahrain's protracted crisis.
In a speech to the U.N. General Assembly on Tuesday, Obama mentioned "efforts to resolve sectarian tensions that continue to surface in places like Iraq, Bahrain and Syria".

While the remarks angered Bahrainis state officials, created some strong reaction from the royals, it emboldened the opposition, most particularly al-Wefaq as it has been lobbying for reforms and change against al-Khalifa.

On its website, al-Wefaq welcomed the US president's comments, noting that after two years of a peaceful struggle the people of Bahrain want nothing better than to see achieve their democratic dream.

After over two years of abuse and repression al-Wefaq said it is time for the international community to play its role and promote a healthy, open and peaceful dialogue in between Bahrain's many factions as to reach a consensus which would be beneficial to the people and promote a stronger sense of community.

The relationship between Bahrain and the United States has seen strains in the past. Bahrain provides a Gulf base for the U.S. Navy's Fifth Fleet, but has also been criticized over its record for human rights.

Earlier this year, a U.S. State Department report said the government had failed to implement the most important recommendations made in an independent inquiry that looked at how Bahrain had handled the 2011 unrest.

The State Department report was rejected by the government and Bahraini lawmakers urged the government to stop the U.S. ambassador in Bahrain from "interfering in domestic affairs".
Share It :
Related Stories 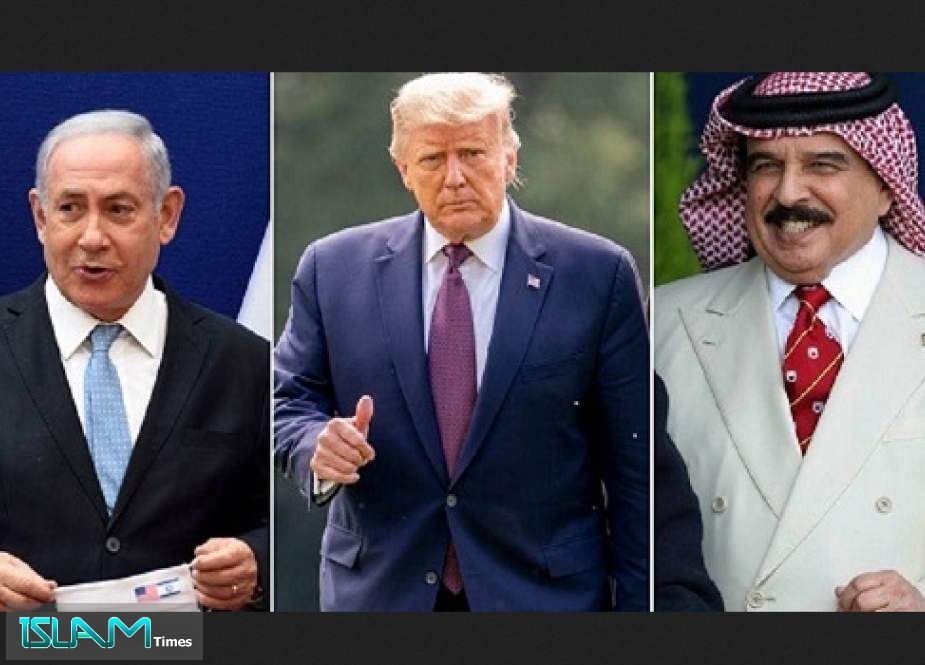 Al Khalifa’s Thaw With Tel Aviv: Sweet In Dream, Nightmarish In Reality
Islam Times - While made a mocking and joking subject by social media users for his candidacy for Nobel Peace Prize for brokering the so-called ...
Al-Wefaq Deputy S-G: Bahraini-Israeli Normalization is a Shame
Al-Qaeda Joining Saudi-led Forces in Yemen’s Ma’rib
Al-Quds Mufti Quits UAE Forum Over Normalization With ‘Israel’
Al-Kadhimi’s Warm US Talks Received With Chill At Home
Al Khalifa’s Problematic Path in Normalizing Relations with Tel Aviv
Al-Wefaq Warns Regime: Welcoming Mossad Chief in Bahrain “Crime of Treachery”
Al-Jabri Case: Will Page Turn In Favor Of Bin Salman Opponents?
Comment
Malaysia’s Anwar Claims to have Majority to Form New Government
US Bully in Last Chance Saloon
The Censored Reason Why the US Would Torpedo the UN over Iran: Iranian Strength
Facebook to ’Restrict Circulation of Content’ If Unrest Follows US Presidential Elections
Road to Saudi Ties with ‘Israel’ Being Paved, Cautiously
Ex-‘Israeli’ Military Officials’ Pre-normalization Gulf Entanglement
Rouhani: US Can Impose Neither Negotiations, Nor War on Iran
IED Explosion in Syria’s Quneitra Causes Material Damage
IRGC Naval Drone Detects US Carrier Strike Group near Hormuz Strait
200,000 Dead as Trump Vilifies Science, Prioritizes Politics
Iraq’s Sadr: Israel Would Mark Own Ending by Opening Embassy in Baghdad
Rights Groups: UAE Hires Thousands of Mercenaries to Carry Out Assassinations in S Yemen
Possible Targets for Taking Revenge for Gen. Soleimani
2,000 Days Since It Began, the War in Yemen Is Poised To Turn Even More Deadly
Why Is Iraq’s Al-Kadhimi Pushing To Cozy Up To Kuwait?
EU Parliament Urges Arms Embargo on Saudi Arabia
SA Minister: US Report of Iran’s Assassination Plot ‘Bizarre’
Ayatollah Khamenei: Sacred Defense Established Security in Iran, Enemies Will Pay Dearly If They Invade Country
Five Nations Are Weighing Normalized Ties to ‘Israel’: Trump Aide
How US Takes Advantage of Terrorism for Purpose of Its Hegemony!
Featured Stories