Story Code : 306551
Islam Times - The conflict in Syria could be over in weeks once the West and other regional powers stops supporting the opposition militants on the ground, Syrian Foreign Minister Walid Moualem told RT Saturday after the UNGA session in New York.
Moallem stated that this UN session is different than the previous one, and that world leaders have started to understand better what is going on in Syria.

"We are fighting a terrorist group related to Al-Qaeda. We are receiving fighters from 83 countries all over the world," he said.

The Syrian minister offers thanks to Russian President Vladimir Putin for his initiative, underlying his recent talks with Russian counterpart Sergey Lavrov on how to get rid of chemical arms and when to set a fixed date for holding Geneva II conference.

"We believe always that the political solution through the dialogue between Syrians is the way to solve the issue in Syria," he stressed.

Moallem ruled out any possibility that opposition armed groups might gain control of government weapons, stating that "the problem is that they are receiving this type of weapons from the neighboring countries and from the West."

Expressing beliefs that any country is under threat if not yielding to the U.S. pressure and will, Moallem said the Americans are changing their mood and their position on the international arena.

Regarding Maaloula massacre in Aleppo, the Syrian foreign minister indicated that his government opposes any discrimination based on religion or origin between the Syrian people.

"This terrorist group (referring to the armed militiamen who committed the massacre), is trying to find ways and means to separate the Syrian people through threatening Christians. They are doing massacres against these Christians but we are proud to see the Christian part of our society and our army is defending them," he said.

"Maloula today is under the control of the Syrian army."

Fielding a question regarding the timeframe of ending the conflict, Moallem said he cannot tell the timeline.

"But I tell you that as long the US, Europe and some Gulf countries are supporting the terrorist group, the crisis will continue. If they are with the political solution and, I assure you it will end in a few weeks," the Syrian diplomat concluded.
Share It :
Related Stories 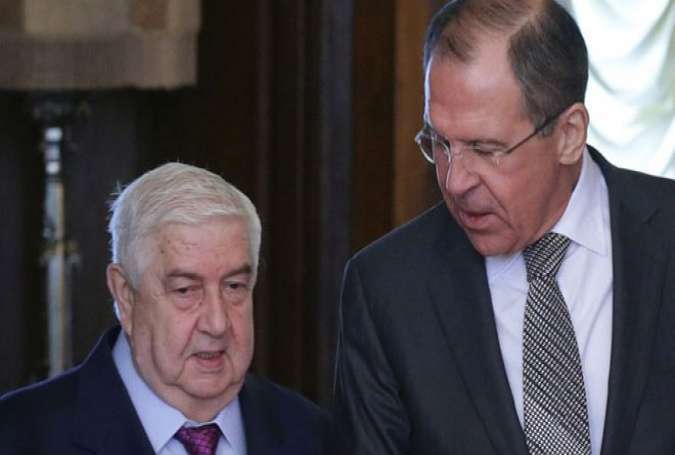