Story Code : 307530
Islam Times - Iran's deputy ambassador to the UN has condemned anti-Iranian remarks made by Israeli Prime Minister Benjamin Netanyahu at the UN General Assembly as “inflammatory”, and accused him of “saber-rattling”.
"We just heard an inflammatory statement," Khodadad Seifi said to the UN General Assembly on Tuesday minutes after Netanyahu ended his speech adding, "Like last year, he continued saber-rattling toward Iran by abusing this august assembly."

The Iranian diplomat also warned Netanyahu against any miscalculation by planning to attack Iran in response to Netanyahu’s threat of acting alone to stop Iran nuclear program.

"The Israeli prime minister had better not even think about attacking Iran, let alone planning for that," Seifi said.


Seifi asked Netanyahu to review Iran’s history of commitment to its international obligations in contrast to Tel Aviv's defiance of all relevant international treaties and regulations.

"Unlike Israel, Iran did not and would not attack any country," he added.

However, he noted that "Iran's centuries-old policy of non aggression must not be interpreted as its inability to defend itself.”

“We talked a lot about WMDs in the Middle East without mentioning that Israel is the only one in the region that possesses all types of WMDs but is not a party to any of the treaties banning them,” he added.


He also accused Israel of committing crimes in its wars against Palestinians and its other neighboring and even non-neighboring nations.

In his address to the 68th UN General Assembly, Netanyahu said that Iran must dismantle its entire nuclear program, repeating his baseless accusation that Tehran is seeking to develop nuclear weapons.

In a meeting with US President Barack Obama in Washington on Monday, Netanyahu claimed credible military threat and sanctions have brought Iran to the negotiating table.

He called on Obama to tighten economic sanctions on Iran if it continues its nuclear advances during a coming round of talks with the West, saying, "Those pressures must be kept in place."

Israel is widely believed to be the only possessor of nuclear weapons in the Middle East, with estimated 200-400 nuclear warheads. 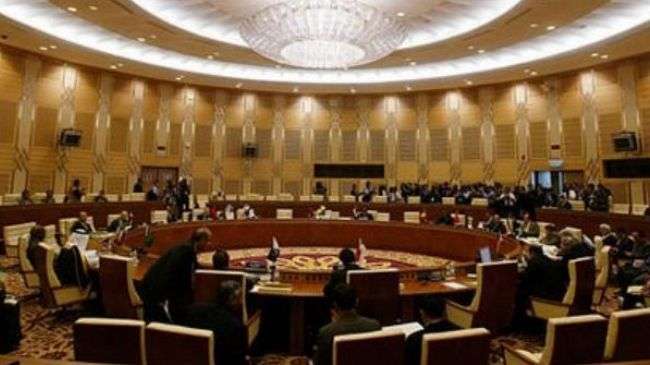