Story Code : 318449
Islam Times - Moscow is ready to provide a venue for a meeting between the government and the opposition in Syria with the participation of foreign partners; some opposition members have agreed, Russian DeputyForeign Minister Mikhail Bogdanov said.
This came today as a statement by Special Presidential Envoy for the Middle East, Deputy Foreign Minister Mikhail Bogdanov following the meetings with Syrian opposition.

The Deputy Minister has noted that during these consultations the parties were "not necessarily supposed to agree on anything". According to him, it is important "to create an atmosphere of communication".

The absence of such communication is not helping to solve the problems, Bogdanov added.

Bogdanov also said that Syria could actually become a second Somalia; Western partners understand the danger of this trend. "It would be destructive for Syria, the neighboring countries and the Syrian people", the Deputy Minister said.

Russia believes that the work of the OPCW and the UN missions in Syria is successful and professional; the task of the destruction of chemical weapons can be implemented by the middle of next year.

"The OPCW and the UN missions in Syria are working very professionally to implement their tasks. This team is very successful," the high ranking diplomat said.

According to Bogdanov, Moscow proceeds from the fact that the task of destroying the Syrian chemical weapons "will be completed by the middle of the next year".

Russia also expects that the process of chemical weapons destruction in Syria headed by the Organization for the Prohibition of Chemical Weapons (OPCW) will be completed by mid-2014, Mikhail Bogdanov told reporters following the talks with Syrian opposition representatives.

"The process is proceeding ahead of schedule and we expect that the whole process will be completed by the middle of next year," he said.
Russia is ready to increase its humanitarian aid to Syria, Bogdanov said. "We render such help and are ready to increase it", the Deputy Minister explained, answering a question about whether the leader of the Syrian Kurds addressed this request to the Russian delegation.

"We have already sent EMERCOM planes, including some carrying aid for the Kurdish population, which has found itself in a difficult situation", the diplomat said.
Share It :
Related Stories 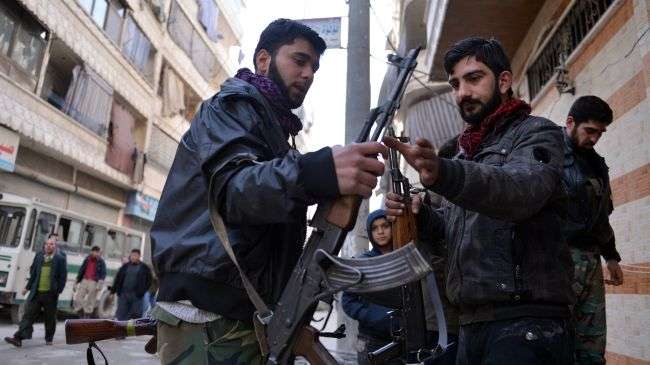