China could 'defeat' US in west Pacific conflict by 2020

Story Code : 336337
Islam Times - China will most likely be capable of defeating a declining United States during a possible conflict in the Asia-Pacific region within the next six years, a Russian expert has forecast.
“It’s highly probable that China, after the completion of the current cycle of reforming and rearming its armed forces through 2020, will be capable of defeating US forces and its allies in the course of some local conflict in East Asia,” Vassily Kashin wrote in an editorial published last week by the Voice of Russia.

“Today the US is facing an internal crisis and dearth of funds” which will force America to “accept defeat” in a future battle, writes Kashin, a senior research fellow at the Moscow-based Center for Analysis of Strategies and Technologies.

“China will be able to launch a massive highly accurate non-nuclear strike against US facilities used by transportation and military infrastructure in the region by reducing abruptly the speed of building up American forces.”

Kashin noted that the US Army’s AirSea Battle concept is designed to counteract efforts mainly by China to prevent the build-up of US forces in East Asia.

The US-China Economic and Security Review Commission warned in its annual report in November that China is "rapidly expanding and diversifying" its ability to strike US bases, ships and aircraft throughout the Pacific, even places like Guam that were previously out of reach.

In December, a group of defense analysts advised a congressional panel that the US military needs a specific war plan designed to counter China, especially after its recent declaration of an air defense zone over the East China Sea.
Share It :
Related Stories 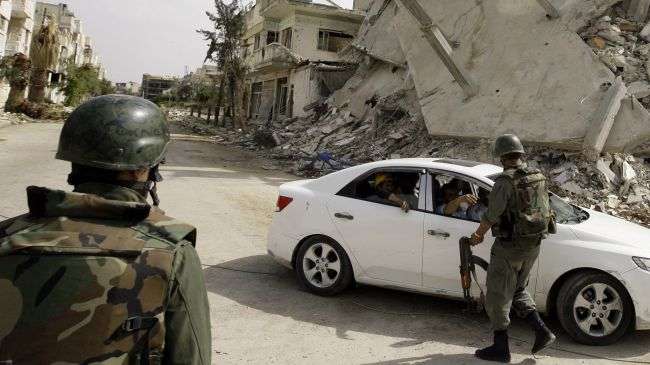