Story Code : 465413
Islam Times - Online retailer Amazon is selling Dabiq, the English-language propaganda magazine affiliated with the ISIL Takfiri terror group, on its website.
Four different volumes of the magazine have been put for sale on the website of the American electronic commerce company since May 24.

The seller is listed as the al-Hayat Media Center, ISIL’s media arm focused to sell propaganda magazines to recruit militants in the West.

The website also names "CreateSpace Independent Publishing Platform", an Amazon-owned self-publishing company, as the publisher of the magazine.

The magazine, whose publication was launched in 2014, is available on Amazon sites in the UK, US, France, Germany, Italy and Spain, while the legal basis for their sale through Amazon is unclear.

In Britain, for instance, involvement in a process that makes funds available for terrorism-related activities is illegal. Amazon and its Jewish CEO, Jeff Bezos, are yet to comment on the issue.

Some reports said later that the website has withdrawn the magazines.

A large number of Western citizens have traveled to Iraq and Syria to join ISIL terrorists. Political observers say ISIL propaganda machine has played a significant role in boosting recruitment.

The terror group has also shared execution videos of Jordanian, Japanese, American, British, French, Egyptian, and Yemeni hostages on social media outlets in an attempt to spread the Takfiri propaganda across the globe.

The terrorists currently control parts of Iraq and Syria. They have carried out heinous crimes in the two countries, including mass executions and beheadings of people.
Share It :
Related Stories 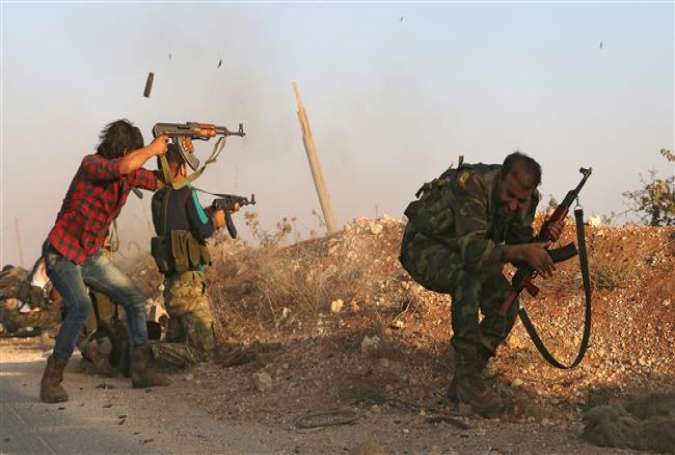