Story Code : 473932
Islam Times - Iranian Foreign Minister Mohammad Javad Zarif says following the recent conclusion of nuclear talks, there exists the possibility for Iran and the P5+1 to address "common challenges" including the ISIL Takfiri threat in the region.
Zarif said that the joint fight against the ISIL terrorist group can be part of a possible broader cooperation, which may include the fields of trade and finance, between the two sides.

The agreement leads to cooperation in "common challenges... that threaten our region and beyond like extremism and Daesh,” said Zarif while referring to the terrorist group with its Arabic acronym.

It would have been "irrational" for the West to have lost this "opportunity to start a new and different type of engagement," he added, referring to the conclusion of the nuclear talks.

The conclusion “provides a way out of a very unsuccessful policy of trying to impose pressure on Iran,” Zarif added.

Earlier in the day, following 18 days of marathon talks in the Austrian capital city of Vienna, Iran and the P5+1 group of world powers - the United States, Britain, France, China, Russia and Germany - reached a conclusion on the Joint Comprehensive Plan of Action (JCPOA), which will put limits on Iran’s nuclear program in exchange for the removal of sanctions against the Islamic Republic.

Zarif went on to say that a resolution, which is due to be passed by United Nations Security Council regarding the conclusion of the talks, will include the JCPOA as an attachment.

“They have found that 30 something years of pressure on Iran didn’t work and produced the exactly opposite results and two years of negotiations in respect for Iran produced exactly the opposite and could lead to an agreement,” the Iranian foreign minister noted.
Share It :
Related Stories 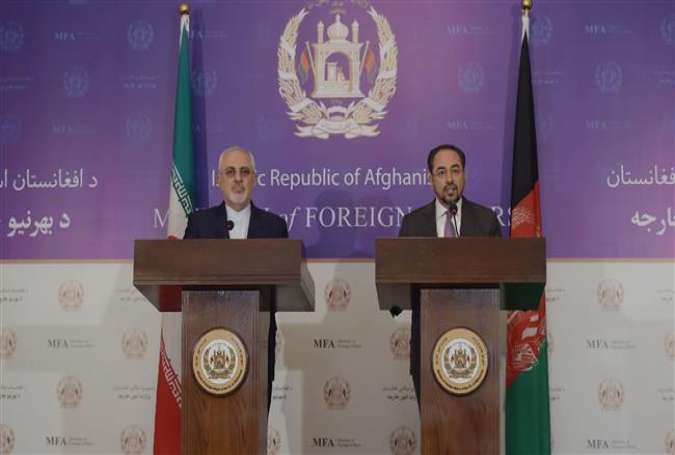