Story Code : 515491
Islam Times - Russia’s foreign minister has slammed certain parties to international talks on Syria for behaving “capriciously” by setting conditions.
Sergei Lavrov said Tuesday it was “the biggest mistake” to put forward “irrelevant conditions” in the talks instead of focusing on the fight against terrorism.

“When there are attempts to put conditions for collective fight against terrorism, conditions that are irrelevant, such as ‘if you agree to a regime change, for example, in Syria, then we will for real begin to fight terrorism collectively’... that is, I believe, the biggest mistake,” he said.

Lavrov further defended Moscow’s campaign against terrorists in Syria, saying the military action helped to reverse the situation in favor of army forces on the ground.

“It has become clear who is fighting the terrorists, who are acting as their accomplices, who tries to use them for their unilateral, selfish goals,” he said.

Russia launched the airstrikes at the request of the Syrian government last September.

His comments come days before another round of peace talks to end the crisis in Syria are set to begin in Geneva Switzerland.

The peace talks, originally planned to start on Monday, have been rescheduled for Friday.

Russia along with the US, Saudi Arabia, Iran and several and over two dozen other countries are taking part in the UN-backed negotiations.

On Tuesday, head of the Syrian opposition's negotiating team casts further doubt on whether the group will attend the Geneva meetings on Friday.

Assad al-Zoubi, speaking to Arabic news channel Al-Hadath, said recent diplomatic moves "did not give cause for optimism over the negotiations".

He added that the United Nations special envoy for Syria, Staffan de Mistura, "cannot impose conditions" on the opposition team.

The High Negotiations Council (HNC) was due to meet in Riyadh later on Tuesday to decide whether to attend the Geneva session.

The UN Security Council on December 18 adopted a resolution, calling for a nationwide ceasefire in Syria and the formation of a “credible, inclusive and non-sectarian” government within six months.

The Syrian conflict began in 2011, has reportedly claimed the lives more than 260,000 people, and displaced almost eight million others.
Share It :
Related Stories 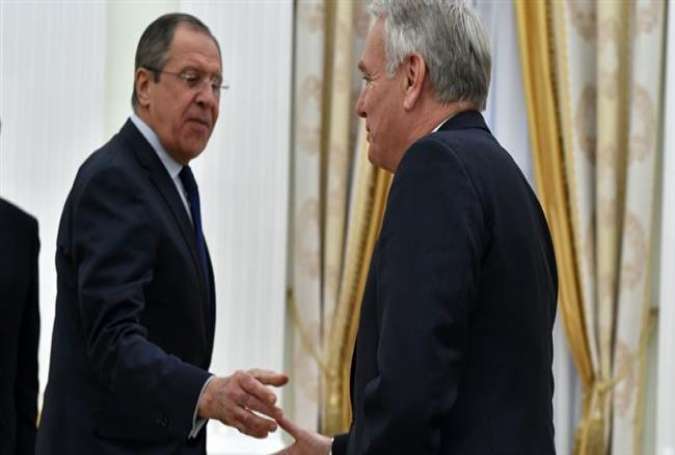