Story Code : 524136
Islam Times - Russian Foreign Minister Sergei Lavrov says the battle against terrorism requires a joint effort at the global level to be won and no country can create a safe haven against terror threats.
He made the remarks in an interview with Algerian newspaper L’Expression, stressing the role the UN plays in coordinating the international community’s collective effort against terrorism.

“Fighting terrorism can be efficient only if we work together, based on the solid ground of international law, with the UN in the role of central coordinator, and by putting aside double standards,” the Russian foreign minister stated.

Lavrov also called for “disagreements, ambitions, and preconditions” to be set aside in an effort to defeat Takfiri terrorist groups such as Daesh, which “have challenged human civilization.”

Pointing to a series of deadly terrorist attacks by Daesh, Lavrov said the assaults indicated that “in the contemporary interdependent world, the wish to create individual ‘safe havens’ to isolate oneself from your neighbors is impossible.”

About 3,000 terrorists walking streets of Europe

Lavrov’s remarks came after head of the European Police Office (Europol) said last week that between 3,000 and 5,000 Daesh (ISIL) militants are walking freely in Europe.

Between 3,000 and 5,000 EU citizens trained in ISIL terror camps have returned to Europe and pose a “completely new challenge,” according to the continent’s top police chief, Rob Wainwright.

“Europe is currently facing the highest terror threat in more than in a decade,” Europol’s director noted, according to RT.

Up to 30,000 European extremists in Europe

According to a report on global terrorism released by the Institute of Economics and Peace, since the start of the conflict in Syria in 2011 between 25,000 and 30,000 foreign extremists have arrived in Iraq and Syria, with Europe accounting for 21 percent of the total number of foreign extremists in the two Arab countries.

Last November, extremist assailants struck several areas in the French capital, Paris, leaving 130 people dead and over 350 others injured. The attacks were claimed shortly afterward by the Daesh Takfiri terrorists, who are already wreaking havoc in Iraq and Syria.

Earlier in February, the United States and Russia agreed on a truce to end hostilities in Syria. The ceasefire took effect on February 27 midnight Damascus time. The Syrian government also accepted the terms of the truce on condition that military efforts against Daesh and the al-Nusra Front militants, who are not included in the ceasefire agreement, continue.

The ceasefire agreement in Syria has revived hopes that the truce would lead to an end of nearly five years of war in the country.
Share It :
Related Stories 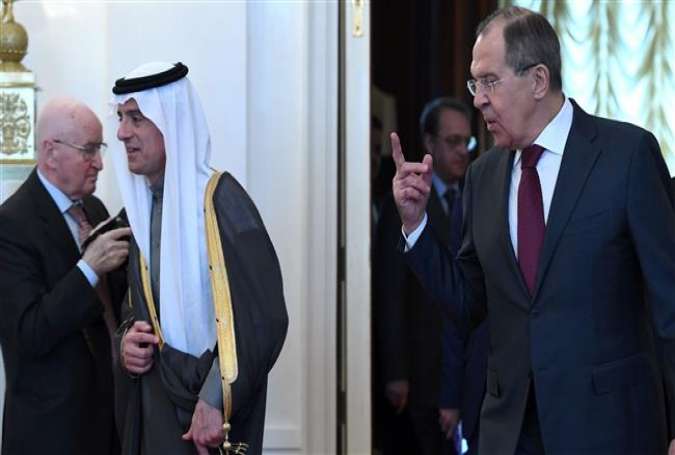