Story Code : 534821
Islam Times - The UN special envoy for Yemen has described as encouraging the atmosphere of the first day of negotiations between Yemen's warring factions, calling for an end to a deadly Saudi military campaign on the impoverished state.
Ismail Ould Cheikh Ahmed hailed as “very constructive” Friday’s direct discussions between Houthi Ansarullah fighters and their allies on the one side and Saudi-backed loyalists to ex-president Abd Rabbuh Mansur Hadi on the other side in Kuwait.

“There was a consensus on strengthening the cease-fire and the two sides were committed to the need to achieve peace and that this is the last opportunity,” he said.

Ahmed further noted that an open-ended ceasefire that began at midnight on April 10 is respected 70-80 percent across Yemen. The truce was announced as a step to calm the situation ahead of the peace talks.

The negotiations had been planned by the UN to open on April 18, but were delayed over accusations of ceasefire violations from the parties to the Yemeni conflict.

Elsewhere in his remarks, the UN official noted that he had contacted Riyadh about its aerial assaults.

The Houthis complained of continuing air raids by Saudi Arabia while the former government side complained of alleged truce breaches by the Houthis, Ahmed added.

The Ansarullah fighters and their allied army forces have stressed that they are observing the truce as an important step towards the success of the Kuwait peace talks.

In January, he admitted that Saudi Arabia was stuck in a “static war” against its southern neighbor.

Yemen has seen almost daily military attacks by Saudi Arabia since late March 2015, with internal sources putting the toll from the bloody aggression at more than 9,500.

The Houthi Ansarullah fighters took state matters into their own hands after the resignation and escape of Hadi, which threw Yemen into a state of uncertainty and threatened a total security breakdown in the country, where an al-Qaeda affiliate is present.
Share It :
Related Stories 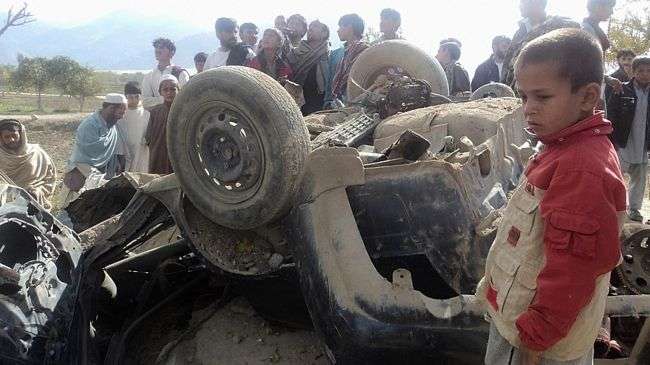