Story Code : 537414
Islam Times - Leader of the Islamic Revolution Ayatollah Seyyed Ali Khamenei says establishment of security is of foremost importance to management of various affairs in the society.
Ayatollah Khamenei made the remarks in a meeting with commanders and senior officials of the Iranian police force in Tehran on Sunday.

“If poverty does not exist in a society but security is also non-existent, the life [in that society] will turn sour,” the Leader said.

In the absence of security, important affairs of the country, including education, business, diplomacy, and management of the country would not be possible, Ayatollah Khamenei added.

The Leader stressed that security is one of the main bases for “practical steps and action” which is essential to the implementation of the Economy of Resistance.

Addressing the Iranian nation in his annual message on the occasion of the Persian New Year on March 20, Ayatollah Khamenei chose the rubric ‘Economy of Resistance: Practical Steps and Action” as the motto of the year.

Ayatollah Khamenei lauded recent efforts made by the Iranian police to establish security in various fields, warning however, that more steps should be taken in this regard.

The Leader also advised the Iranian police to pay serious attention to establishment of moral security in the society, including by cracking down on miscreants, drug traffickers, and those people who do not show respect for social norms.

Ayatollah Khamenei called on all Iranian officials and nation to protect the existing unity in the country, warning that the enemy seeks to deal a lethal blow to the Islamic Republic by spreading bipolarity and division.

The Leader described the “existence of accurate, overarching and permanent supervision” as essential for having a healthy police force.

Ayatollah Khamenei also emphasized the necessity for establishing security by police force in all residential areas and everywhere that people live, including suburbs of cities, remote regions and small towns.

The Leader mentioned healthiness of the police force as very important given their extensive contacts with people, stressing that “wholesomeness of thought, action and ethics in the police force” will not only win people’s support, but also lead to establishment of close contacts between police and people from different walks of life.
Share It :
Related Stories 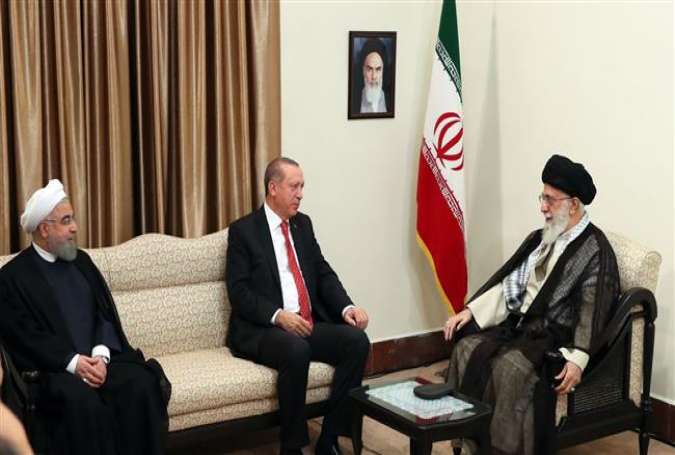