Story Code : 569685
Islam Times - Russian Foreign Minister Sergei Lavrov says it is high time to learn the lessons of the previous crises and prevent the ongoing foreign-sponsored militancy in Syria from sliding down to a "catastrophe".
“The arrogance and self-righteousness in pushing through unilateral, adventurous solutions to complex conflicts is visible in the examples of the bleeding regions of the Middle East and North Africa,” he said while addressing the 71st session of the UN General Assembly in New York on Friday.

The Russian foreign minister warned that such an approach leads to the “destruction of the foundations of global stability.”

“Largely due to Russian military assistance, provided to the legitimate Syrian government in response to its request, it was possible to prevent the collapse of statehood and disintegration of Syria,” he added.

Lavrov further noted that a collapsed US and Russian-brokered truce aimed at ending hostilities in Syria must be salvaged.

"The main thing now is to prevent the collapse of those arrangements [between Russia and the US], objectively and impartially investigate the undermining incidents in Dayr al-Zawr and Aleppo particularly," he said, adding, there are many who want "to sabotage the agreed approaches" to the Syrian crisis.

Lavrov, who was speaking after holding talks with US Secretary of State John Kerry on reviving the ceasefire in Syria, also underlined that any Syria truce would be senseless without the separation of Syrian opposition from the Takfiri Jabhat Fateh al-Sham militant group, which serves as Syria’s al-Qaeda branch and was formerly known as al-Nusra Front.

“It’s essential to fulfill the UN Security Council demand to dissociate the so-called moderate opposition from the terrorists. Here, special responsibility rests with the US and the members of their coalition.

“Their refusal or inability to do this in the present circumstances can’t but strengthen the suspicion that it’s being attempted to remove Jabhat Fateh al-Sham out of harm’s way and that the plans for a regime change are still on the table,” the Russian foreign minister pointed out.

Lavrov added that Moscow was looking for any sign proving that the so-called US-led coalition in Syria has influence over militant groups operating inside the Arab country in a bid to give the ceasefire a chance to revive.

On September 9, Russia and the United States agreed on a milestone deal on the Syrian crisis after some 13 hours of marathon talks in the Swiss city of Geneva.

The deal, which began on September 12 and was initially agreed to last seven days, called for increased humanitarian aid for those trapped inside Aleppo.

The Syrian army announced an end to the week-long ceasefire on Monday, blaming militants for its failure. It said militant groups "did not commit to a single element" of the truce.

Russia later criticized the United States for not doing enough to rein in militants in Syria to protect the truce deal, saying continued violations of the ceasefire by militants made it “senseless” for Damascus to stick to the agreement.

Syria has been gripped by foreign-backed militancy since March 2011. Over the past few months, the Takfiri militants active in the Arab country have suffered major setbacks as the Syrian army has managed to liberate several areas.

According to UN Special Envoy for Syria Staffan de Mistura, more than 400,000 people have been killed in the conflict in Syria. The UN has stopped its official casualty count in Syria, citing its inability to verify the figures it receives from various sources.
Share It :
Related Stories 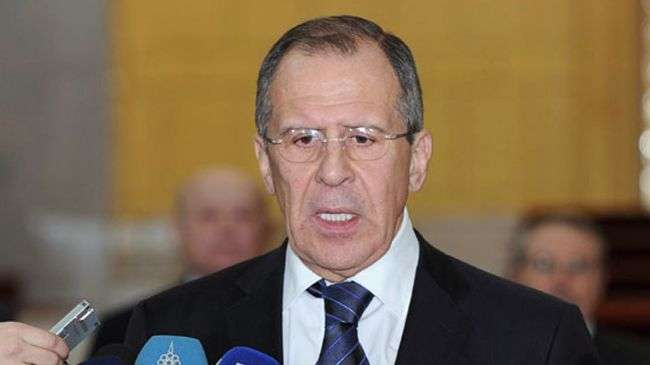