Story Code : 576531
Islam Times - Representatives of the Taliban militant group and a delegation of the Afghan government have reportedly been engaged in secret peace talks since September.
The warring sides have already held two rounds of negotiations in Qatar, where the Taliban has an office, the British daily The Guardian reported on Tuesday, citing a number of unnamed senior sources in the militant group and the Kabul government as saying.

It added that a top American diplomat as well as Mullah Abdul Manan, the brother of Afghan Taliban founder, Mullah Mohammad Omar, were also present in both meetings.

The previous peace talks brokered by Pakistan were almost fruitless and came to a total halt when Washington announced in May that the Taliban’s then leader, Mullah Akhtar Mansour, had been killed in a US drone strike.

Later in May, the Taliban's newly-appointed leader, Haibatullah Akhundzada, pledged that he would not enter into any new talks with Kabul.

These latest meetings are considered as the first known talks to have taken place since Akhundzada took over the reins. The report, citing a Taliban source, also added that Mullah Omar’s son, Mohammad Yaqoob, was also expected to join the discussions in Doha, in a move that would further strengthen the authority of the Taliban office in Qatar.

According to a Taliban figure, the first round of the negotiations, which started in early September, “went positively and was held in a trouble-free atmosphere.” The second meeting, he added, was held early this month.

The secret meetings come at a time when Afghanistan has sent hundreds of troops to Lashkargah, the provincial capital of the southern province of Helmand, in a bid to purge the strategic city of the Taliban militants. The troops were sent there from the capital Kabul and the nearby provinces to launch a “clearance operation.”

During the past few months, Afghan security forces have been trying to foil attacks by the group in Helmand and Kunduz, a move that underscores the Taliban's sustained push into urban centers.

The government troops are currently engaged in heavy fighting against the Taliban to recapture Kunduz, which fell to them on October 3 for the second time in a year.

The Taliban started the attacks against the Afghan government in 1994 and managed to overthrow it in 1996. During the next five years, it held power only to be ousted following the US invasion of Afghanistan in 2001. Since then, the militant group has resorted to insurgency and has gone from strength to strength despite the presence of foreign troops.

In spite of a previous pledge to withdraw all US troops from Afghanistan by the end of his presidency, US President Barack Obama announced last October that Washington would keep thousands of troops in the country after he leaves office in 2017.
Share It :
Related Stories 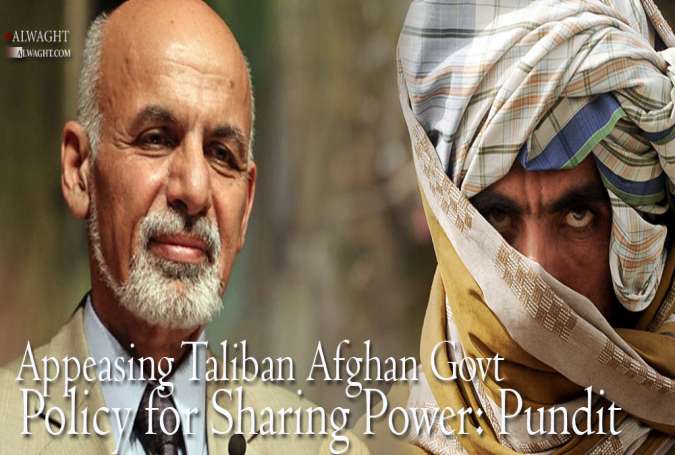