Story Code : 578095
Islam Times - Russia says it is not considering any extension of a ceasefire in Syria’s northern city of Aleppo, where Moscow and Damascus had introduced a “humanitarian pause.”
“The question of renewing the humanitarian pause is not relevant now,” Sergei Ryabkov, the Russian deputy foreign minister, told Interfax news agency.

The unilateral ceasefire was aimed at permitting civilians and militants not affiliated to terrorist groups to leave the eastern areas of Aleppo. It expired on Saturday evening after a one-day extension on Friday.

Ryabkov also stressed, “Our opponents must ensure appropriate behavior by the anti-government groups that in particular sabotaged the medical evacuation that was intended during the humanitarian pause” in order for the truce to be extended again.

Russian and Syrian Air Force fighter jets had even stopped bombing the militant-held neighborhoods in Aleppo on Tuesday — two days ahead of the truce.

Russia said the militants prevented the residents of Aleppo from leaving the city through the eight humanitarian corridors that had been set up.

Ryabkov also censured the US-led coalition purportedly targeting the Takfiri terrorist group of Daesh in Syria because he said it was not “really exerting influence on the opposition, the rebels” and instead was slamming Damascus and Moscow.

“Over the last three days, what was needed did not happen,” he said.

Aleppo, Syria’s second largest city, has been divided between government forces and the militants since 2012. In an attempt to free the trapped civilian population and to end the militants’ reign of terror in the east, the Syrian army, backed by Russian fighter jets, began a major offensive on September 22.

The Syrian army has continued to make advances against the Takfiri militants in the southwestern countryside of Aleppo on Monday.

Syria’s official news agency, SANA, reported that the Syrian forces managed to take Talet Bazo to the southwest of the Military Academies from the Takfiri Jabhat Fateh al-Sham, formerly known as al-Nusra Front.

Also on Monday, the militant groups fired rockets at the neighborhood of Salahuddin in Aleppo, leaving a girl child killed and wounding 15 other people.

Syria has been grappling with a deadly militancy that it blames on some Western states and their regional allies since March 2011.

More than 400,000 people have been killed in the conflict, according to an estimate by UN Special Envoy for Syria Staffan de Mistura.
Share It :
Related Stories 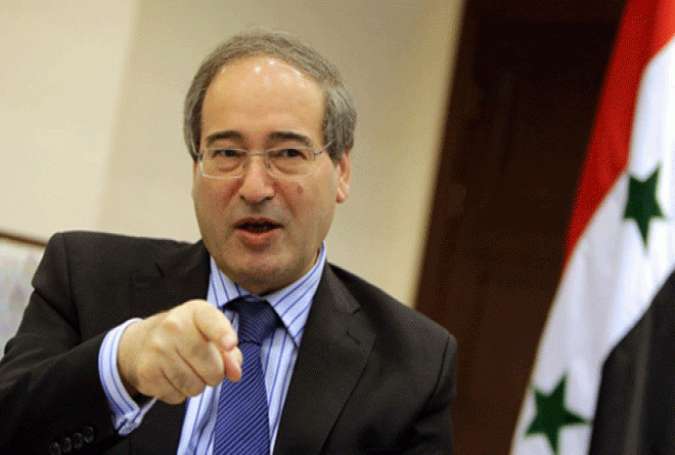