War on Yemen waged by US, Saudi Arabia: Ansarullah

Story Code : 586596
Islam Times - Yemen's Houthi Ansarullah movement has accused the US, which has recently put forward a peace plan for the war-torn country, of leading the ongoing aggression against Yemen along with Saudi Arabia.
Speaking late on Friday, Ansarullah spokesman Mohammad Abdulsalam highlighted the negative role of Washington in the war on Yemen, saying the US is among the states that are involved in the aggression against the impoverished country rather than a mediator between the Yemeni forces and the Riyadh regime.

He further pointed to Washington-Riyadh relations and warned that the US is blackmailing Saudi Arabia and this practice will intensify in the future.

The war on Yemen is a US-Saudi one, with Yemen’s former president Abd Rabbuh Mansour Hadi having no role in the offensive, Abdulsalam said, stressing that history will prove this assertion.

The aggression was started in a bid to overcome the will of the Yemeni people, he added.

Earlier this month, US Secretary of State John Kerry said during a visit to the Omani capital city of Muscat that he had presented Houthi delegates with a document outlining a ceasefire and peace deal.

The Houthis had agreed to observe the truce, provided the other side implemented it, he said, noting, “And thus far the Emiratis and the Saudis... they have both agreed to try to move forward with this.”

Later, Riyadh announced a 48-hour ceasefire in Yemen, but it brought no tangible halt to the Saudi air raids and the Yemeni counter attacks.

Elsewhere in his comments, the Ansarullah spokesman said that the movement had lost nothing by agreeing to the peace deal and will not negotiate with anybody before the first phase of the accord takes effect.

Saudi Arabia is opposed to the peace plan, but Ansarullah is committed to the deal so long as the opposite side honors it, he stressed while noting that the agreement will be presented to Hadi for signing.

Washington used to rely on Riyadh on issues concerning Yemen, but it was forced to put aside the kingdom and directly engage in talks with the Yemeni side, he pointed out.

The official also said that Ansarullah reserves the right to defend itself with all means against any act of aggression and hostility by Saudi Arabia and its allies.

Saudi Arabia has been conducting airstrikes against Yemen since March 2015 in an attempt to crush the Houthis and reinstate the former Yemeni administration. The war has left at least 11,400 civilians dead, according to a latest tally by a Yemeni monitoring group.

The US has also been providing logistic and surveillance support to the kingdom in the bloody military campaign.
Share It :
Related Stories 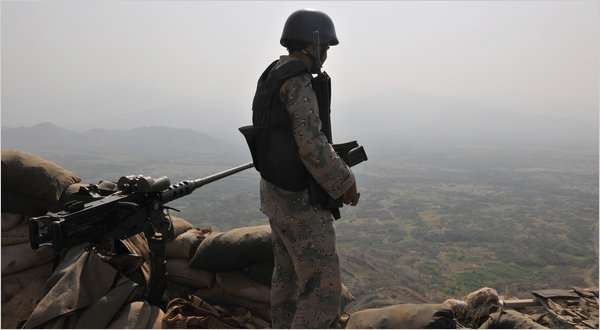