Story Code : 598142
Islam Times - US Republican lawmakers appear eager to fund what President-elect Donald Trump calls the “great wall” at the US-Mexico border without waiting for Mexico to pay for it as pledged by him, with one senior senator comparing the barrier to Israeli regime’s apartheid wall, hailing it as an “effective” way to keep out “illegal immigrants.”
Among top Republicans backing government funding of the multi-billion dollar project is Chairman of Senate Homeland Security and Governmental Affair Committee, Senator Ron Johnson of Wisconsin, stated on Friday that he had been “impressed with a system of fences he had inspected along the Israeli border with Palestinian territories,” read a Washington Post report Saturday.

Referring to native Palestinian residents in the Israeli-occupied territories as “illegal immigrants,” Johnson said: “I’m always looking for best practices. It’s been incredibly effective. They had thousands of illegal immigrants; it’s down to the teens.”

According to the daily, however, the GOP’s willingness to fund Trump’s border wall with taxpayer money “could put the party’s deeply held desire to rein in government spending in conflict with its long-standing goal of cracking down on illegal immigration and toughening border security.”

Nonetheless, many Republican lawmakers do not regard the effort an inherent conflict.

“It would be a proposal that would cost billions of dollars to get done, but if it’s an appropriate priority for our country, it’s worth spending that kind of money,” said Republican Congressman Luke Messer of Indiana State and chairman of the House Republican Policy Committee.

In a Friday tweet, Trump stated that “the dishonest media does not report that any money spent on building the Great Wall (for sake of speed), will be paid back by Mexico later!”

While Trump has estimated that erecting the wall would cost $8 billion, recent congressional legislation put the cost at $10 billion, but construction experts insist the actual const could be more than double that amount.

“I think realistically we’re going to have to find a way to fund this,” said Republican Senator Steve Daines of Montana and member of Senate Appropriations Committee, adding that the Trump transition team has not directly contacted the committee on the issue.

Other Republicans insist that support and funding has already been provided by the US Congress.

According to Iowa Congressman Steve King, a fierce opponent of illegal immigration, there are no worries about when or how Mexico reimburses Washington for the huge construction project.

“If we build that wall, and Donald Trump hasn’t figured out how to get Mexico to pay, I’m not going to be the guy who says, ‘Let’s wait until we get this in pesos,’ ” King said.

The daily also cited “several people close to Trump” as underlining that his team is committed to moving forward on the wall swiftly and before Republicans become uneasy about the massive project and its political cost.

During his presidential campaign, the wall was Trump’s signature pledge and a raucous rallying cry among his supporters. Trump repeatedly declared that Mexico would have to pay for the massive structure, but he also hinted that US taxpayers would be reimbursed for it after the completion of the project.
Share It :
Related Stories 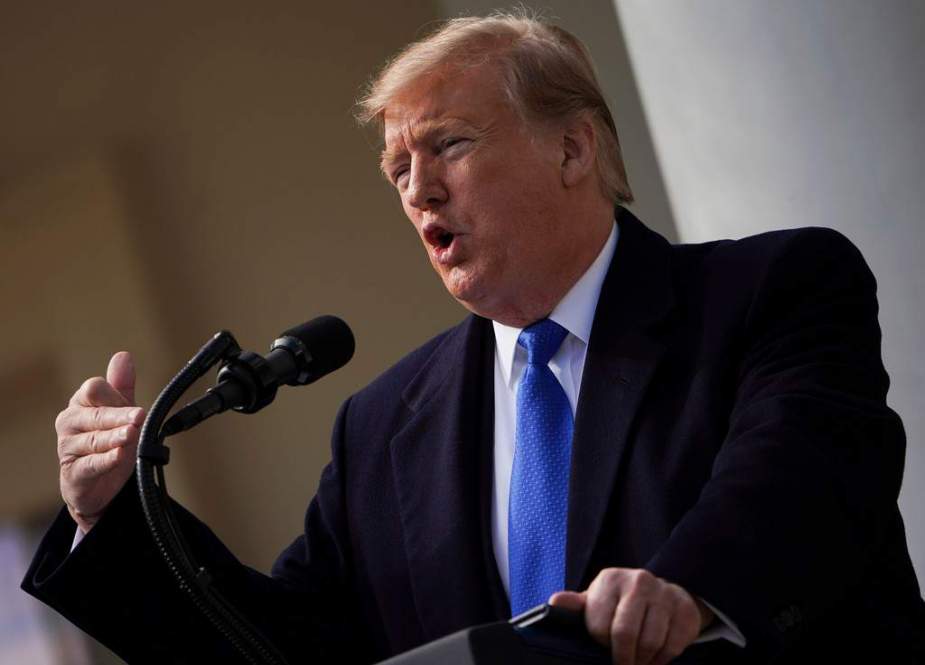